Navigating The Trials Of Opening A Panamanian Bank Account

Until I moved to Panama, I never imagined that it could be difficult to give someone else your money. As it turns out, doing so in the form of banking is a piece of cake in the States compared to what it is elsewhere. Even—or maybe especially—in the international banking haven that is Panama.

Back in the States, you can walk into a bank branch with little more than a hundred-dollar bill, a driver’s license, and a social security number and walk out with a temporary checkbook or even a freshly minted ATM card in some places.

Not so here. The process can take weeks. And requires letters of recommendation. And passports. And utility bills. Even lawyers sometimes.

It used to be slightly easier. Until the U.S. feds decided that everyone who has a bank account abroad is a possible criminal and decided to turn up the screws. The screws came in the form of a law now known as FATCA, or the Foreign Account Tax Compliance Act of 2010. It was ostensibly passed to curb tax evasion and money laundering, but as a practical matter it has made life immensely more difficult—”toxic” is the word Colleen Graffy used in a recent Wall Street Journal opinion piece about this travesty of a law—for many of the nearly 9 million Americans who live abroad.

Long story short: FATCA requires foreign financial institutions such as banks to report any Americans who hold accounts in their banks to the U.S. Treasury. Those that don’t comply face having their own assets that pass through the U.S. financial system withheld until they do. Rather than face the risk and paperwork, some banks have forced American account holders to take their business elsewhere and started turning away Americans who want to open new accounts.

Not many Panamanian banks will turn you away simply because you are American. Most, if not all, are fully compliant with FATCA and file the necessary paperwork. But the law has made things more difficult. U.S. account holders, residents of Panama or otherwise, should know that their names and bank balances are being reported to U.S. authorities on an annual basis and be sure to comply with the regulations about filing the required FBAR forms to the IRS every year. They can and do go after people for failing to file. 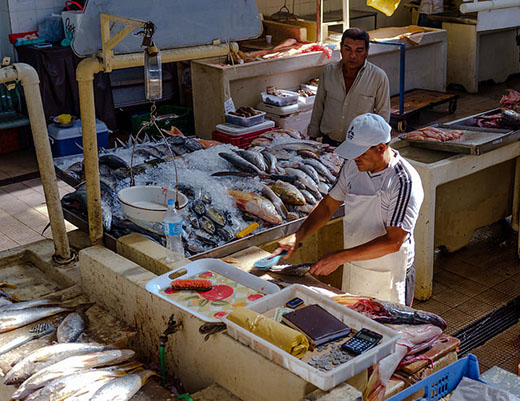 Commerce of all kinds
By: Felipe Valduga

Panamanian banks will make you jump through a few hoops that you may not be accustomed to back home. For that reason (and many others), I tell anyone getting ready to move down here to keep their U.S. accounts open and accessible even if they think they will never set foot in the United States again.

When we opened an account back in 2012, we went to the bank armed with reference letters from an accountant, a lawyer, and two bankers back home. We also had to find a sponsor that would introduce us to the bank manager. The bank manager subsequently interviewed us in person and asked all sorts of nosy questions about how much money would be moving through the account and how often. About a month after we applied we heard that we had been accepted—like pledging a sorority—and the account was opened.

But wait! We had to go back. This time to get online access to the account and a debit card, both of which required another in-person visit. Luckily we found an English-speaking representative at the bank to make an appointment and help complete these tasks. We arrived for our 10 a.m. appointment an hour early just to play it safe. They had no idea why we were there. After two hours of struggling in Spanglish we had our online access and had ordered a debit card which was ready to pick up at the end of that week. We did it! 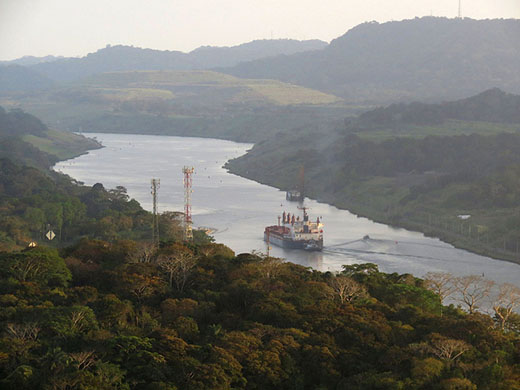 A canal that drives the Panamanian economy
By: Katja Schulz

The only other hiccup in our banking experience came from the U.S. side. We learned after-the-fact that the Texas Retirement System would not direct deposit my pension check into a foreign bank account. So after researching all of our options we decided to just leave things as they were and continue to receive the income into our U.S. bank and set up a recurring transfer to Panama. One phone call is all it takes now. One more reason not to close those U.S. accounts.

Our banking experience may not be typical, however. We ran into one expat later who said he managed to get through the process in a couple hours with just a passport, driver’s license, two bank reference letters from his home country, and a statement of his account. He didn’t even need lawyer. But he was from England. Maybe we have FATCA to blame for our experience. Thanks Obama!

If you’re thinking about moving to Panama and need to open a personal account, our resident expert on all things financial, Lief Simon, tells me that the requirements vary from bank to bank but, generally speaking, you will need three things:

In addition, Lief says, some banks are now asking for copies of your most recent tax return. They will also ask you to complete a W-9 so they have your U.S. social security number on file. Most banks, he adds, are hesitant to open accounts for foreigners without some sort of connection to Panama—a job, a company, or a residence—so best to wait until you have one of those before you go to the trouble. 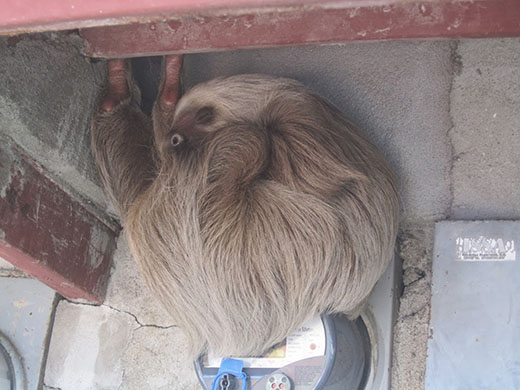 Seems like banking moves at a sloth’s pace…
By: April Hess

All this may seem like a hassle for newcomers to this part of the world and it is. But it certainly won’t be your first hurdle as you embark on your new adventure, nor the last. These things wouldn’t be adventures if life didn’t throw some curveballs every now and then to make things interesting.

Panama is a gorgeous, diverse country with everything from white-sand beaches on the Atlantic coast to the capital of Panama...