A Crash Course On Making A Border Run In Panama

by Matthew Pond
in In Focus: Panama
0

Living as an expat in Panama City, Panama, the opportunity to explore other parts of the country and beyond is so much more appealing than in my native surroundings Stateside.

A densely packed and diverse region like Latin America presents the willing traveler with an invitation to be enriched, entertained, and educated, destination after destination. So when the chance to peek across the border into Costa Rica came along again, it was too good to pass up.

It was supposed to be a day trip—check in, go for a swim, and check out… At least, that’s what was accomplished nine months before. 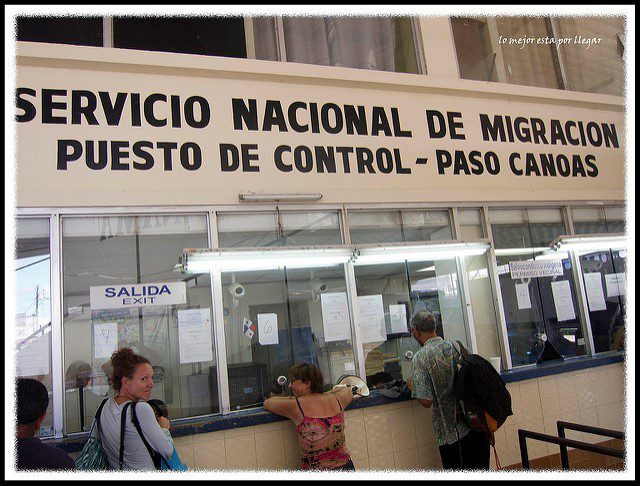 Not Just A Customs Window

Passing through a capillary is the best way to describe the type of movement here… People, tour buses, cars, and semitrucks, all inching along single file, itching to get on their merry way. This is strictly an overland crossing, and all walks of life must come to terms with the great equalizer that is the customs window. Just have your papers (passport, declaration form, and money) in good order, and eventually, you get through. 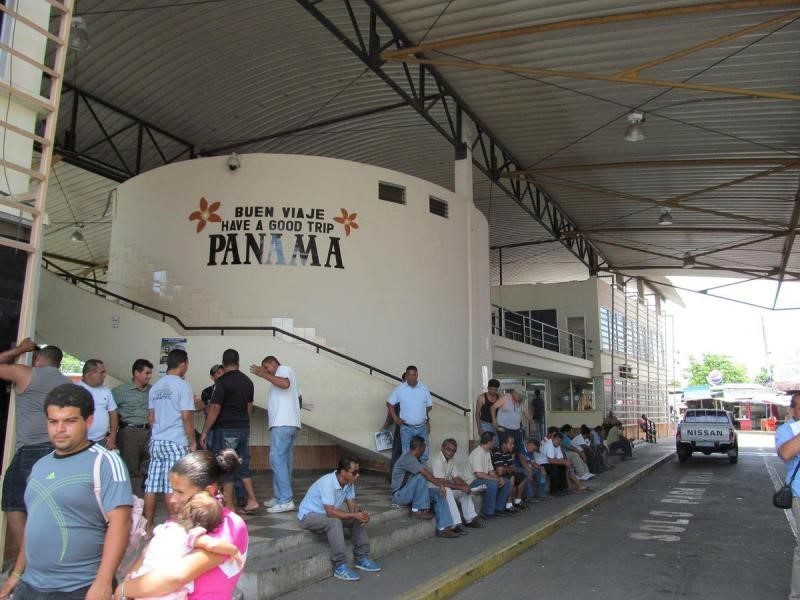 Radiating from this centralized administration office, about a half mile in every direction, Paso Canoas’ landscape is a repeating succession of discount stores, duty frees, and dining spots that abruptly gives way to the surrounding vegetation of Costa Rica or Panama.

Even more impressive—how quickly Panama gives way to Costa Rica and vice versa. Both countries blend here, yet they still feel different from each other. Time is not even immune to this swirling of lands and people. It is an hour difference depending on whose soil you are standing on, so if you have anything to do in Panama, like catch a bus, make sure to remember, in Costa Rica you’re an hour behind.

Spanish is used; however, word choice varies from one side of the wall to the other. Ticos, as Costa Ricans are known, favor riding beach cruisers to get around, while bikes are a novelty on the Panama side of the street, and cars always have the right of way. The currencies are different, but either nations’ bills are happily accepted, especially your Greenbacks.

It can be a rarity these days, but when neighboring countries enjoy friendly relations, concepts like barbed wire, roving militias, and “The Wall” are kept at bay. For their part, the only things really separating the two countries are the stores and restaurants that straddle the line on the map. Front and rear entrances of these locales let out to Panamanian streets as well as their Costa Rican counterparts; the idea of restricted movement is almost laughable.

But irregular movement has complicated the situation.

Immigration—actually, the immigration crisis—has been the provocative topic of late. From North Africa to North America and literally every nation in between, people are on the move. A new overland route has sprung up that runs straight through Panama, the makeshift gateway to the rest of Central America, and the national bus terminal in Panama City is a key departure point for many migrants looking for greener pastures even farther north. This, in Panama’s case, has caused their border authorities to tighten up controls.

Don’t get me wrong, travel documents, entry visas, passports, and the like are to be expected; I’ll even make due with whatever time is required to elapse before one can reenter a country—Just make these requirements clear enough in advance for me before I am trembling at the customs window, family members in tow, with no other recourse but to get out of line.

Reality Is When It Happens To You

It was on that second trip to Costa Rica that this scenario actually played out. I can’t say when it happened, but at some point between September 2015 and June 2016 (probably Jan. 1, 2016) the influx of migratory traffic induced the border authorities on the Panama side to begin enforcing a 72-hour window to elapse for any traveler hoping to leave and enter Panama with only tourist’s status. Not a detail you want explained to you at checkout when the plan is to check in, go for a swim, and check out on the same day.

Ironically enough, I am a Panamanian citizen (and a U.S. citizen); these rules don’t apply to me—they do apply to my wife, though, who at the time only held an American passport. As it turns out, some expat friends of ours later told us they had experienced the same hiccup in their would-be, one-day jaunt some time earlier. (Of all the things you could have in common with someone!)

So for the sake of family, that fateful summer day became the first day of a three-day crash course in making a border run.

Yes, no other recourse but to get out of line… so what choices remain in a situation like this?

With the tropical sun or rain beating down with equal intensity, standing around under a hot tin roof for three days makes as much sense as waiting for Godot.

The first choice is to decide where to stay. I recommend Casa del Sur, nestled in between the Panamanian and Costa Rican customs buildings, on the Costa Rica side. The rates are reasonable, starting at US$55 (if you pay in Costa Rican colones, it’s cheaper); Wi-Fi is reliable; the staff, attentive and honest. A swimming pool right outside your room door is also a refreshing little touch.

These are big pluses when away from familiar grounds. You may have been put out, but you don’t have to sweat out your 72 hours. Besides, daytime in Paso Canoas is easy enough to pass window shopping, eating pinto con carne or savoring a cool drink at some dive within walking distance from your digs. Nights without secure lodging would be unimaginably stressful for anyone, even the most seasoned border runner. Thankfully, these amenities are in close proximity.

As far as money goes… make sure you have some. ATMs are around, the only challenge is that Costa Rican machines in that area dispense a limited amount of cash, about US$250 or less depending on the exchange rate.

On the Panama side, the withdrawal limit is twice as much and in U.S. dollars. This means less trips and more time to remain calm. Exchanging currency is easy as well, just look for a gentleman with a fanny pack (yes, that’s how it works), tell him how much you want to buy or sell, agree on the rate, and make the exchange.

So with food in our bellies, a roof over our head, and even some new clothes, the time passed steadily, and the remaining days came to feel more like an extended vacation instead of a state of emergency.

And when the pleasant day came to exit Costa Rica and officially enter Panama anew, we actually returned home with many fond memories and a load of experience in navigating the overland-travel process from start to finish.

From a purely educational standpoint, spending a few days along the Panama-Costa Rica border was certainly an eye-opener. Paso Canoas serves a purpose: transit and migration, pure and simple.

The rest of the place is for the service of those passing through. The town would by no means win a beauty contest against Boquete, San José, or Panama City. At the same time, with an open mind and time to kill, like my family had, decent eats, deals on duty free goods, and more can be found.

To be sure, it’s not for the faint of heart. (But if you are up for making a border run, I am likely preaching to the choir.)

Would I recommend using Paso Canoas instead of one of the other cities along the border? Not necessarily… For example, visitors wanting to see the Caribbean side via Bocas del Toro will likely bypass this location altogether out of practicality.

Knowing what to expect when and where it counts makes all the difference, though. And now we do…

Matthew E. Pond hails from sunny California but Shenzhen, China, is where he hangs his hat these days. Over the years, Matthew has lived among farmers in Asia, worker-bee folks in North America, and jet setters in Latin America. A former Live and Invest Overseas editor, he considers himself a child of the world and feels it is never too late to learn something new. In his spare time, he takes pleasure in spending time with his wife and two boys, doing volunteer work, and illustration.