Doing The Math About A Move To Panama: A No-Brainer

At the end of the day, moving overseas was, for my partner April and me, a no-brainer.

In 2008, after I had put in my 30 years teaching science in the Lake Travis Independent School District in Texas, April and I began contemplating our next step. She was still working at the time, so I had lots of time to daydream about our next adventure.

While wspote are both extremely attached to our family and friends, neither of us were keen to stay in Austin. Doing the math only made the decision easier. Between the housing costs, property taxes, health care, transportation, and all the other expenses of daily life in Texas, my monthly pension of US$2,935 (after federal income taxes) was not going to cut it. April calculated our Texas expenses to be in the neighborhood of US$5,260 a month.

That clearly wasn’t going to work. Both of us were going to have to keep working if we wanted to make ends meet where we were. I would have to pick up substitute teaching slots and April would have to take on freelance bookkeeping jobs.

That’s not the way it’s supposed to work. After working and paying taxes our entire adult lives, we were supposed to be able to relax a little and do things because we wanted to do them, not because we had to, during the next stage in life.

So I put on my educator’s hat and did what we do best—I started researching our options. In my online explorations I quickly stumbled across the Live and Invest Overseas website. It was like one of those little cartoon light bulbs popped on over my head. Here I had been hopping (virtually, anyway) from town to town across the United States desperately searching for someplace that would work for us financially. North Carolina. Mobile, Alabama. Tucson. San Diego. April had once lived in Hawaii so I know that was out of the question. Not once had I considered looking further south than Corpus Christi, Texas.

But there it was. Right in front of me. Colombia. Ecuador. Panama. Belize. Portugal. Dozens of cities that seemed do-able with our budget. On Uruguay’s Gold Coast we could rent a home for about US$600 a month. Utilities were under US$200, and telephone/internet looked to be in the US$70-a-month range. There were other places on the ocean even less expensive. Why not go overseas?

April brought up one reason—neither of us speak Spanish. But Kathleen’s reporting on the subject said that language wasn’t an absolute necessity. An advantage, to be sure, but not a necessity. And anyway, I told April, why can’t we learn? Our brains still work, right? She relented and left me to my research.

When I get something in my head, I tend to go all in. I signed up for Kathleen’s Overseas Opportunity Letter. I bought her book, “How to Retire Overseas.” I compiled a list of what we wanted and compared it to what was out there. After a few weeks, we narrowed it down to Panama. (Initially I had included Uruguay and Costa Rica in the pool, but Uruguay, we decided, was too far, and Costa Rica was too expensive.) 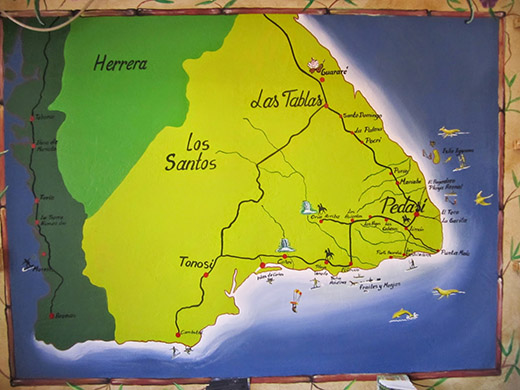 Map of the Azuero Peninsula

Even within Panama, the costs of living vary widely. In the cost of living budgets section of the Live and Invest Overseas website, Kathleen and Lief saved me a lot of time and calculated the costs for me. Boquete looked to be about US$1300 a month, well within our budget, but isn’t on the ocean and we wanted to be near the water. The city beaches west of Panama City, Coronado and others like it, were in the US$2,500 a month range, and Panama City’s El Cangrejo neighborhood was about US$2,100 a month. Mainly because it was a little off the beaten track but still within our budget, I zeroed in on Pedasí on the Azuero Peninsula.

April came around when she did the numbers. We could live in Panama for half of what we were spending in Texas. Rent in Panama, at about US$700 a month, was half what we were paying at the time. Taxes were ten times as much in Texas—nearly a thousand a month compared to US$120 in Panama. Television and Internet, at about US$40 a month in Panama, was a fourth of what we paid in Texas. Cell phones, utilities, fuel, and groceries were all also a fraction of our spend at the time. Our monthly budget in Panama totaled US$2,133, well under the US$2,900 I was getting from my pension every month.

As I said: it was a no-brainer. Our families thought we were nuts, but we hopped on a plane and put in motion the plan that would land us in the home of our dreams in Panama. I bought Kathleen’s 52 Days To Your New Life Overseas and began making arrangements.

Some unexpected expenses popped up over the course of the plan’s execution, of course. The move itself was more expensive than we anticipated—moving our pets was a big part of that—and ended up costing upward of US$14,000 all-told. We also had to hire an attorney to help with the visas process. They made it sound so easy on the government website that we thought we could get by without one. It wasn’t. Most things to do with the bureaucracy here aren’t. That cost another US$5,400. 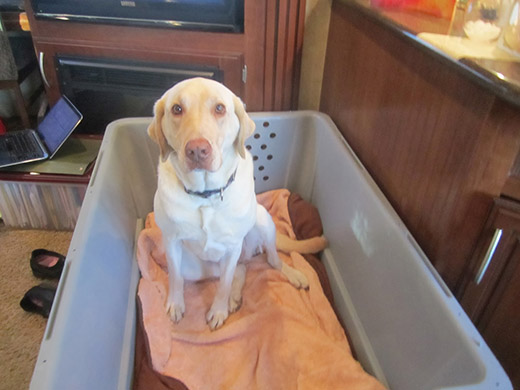 One of our dogs—along for the ride!

But we made it work, and we are here now. And getting by just fine on our original budget. We are working a little on the side, but doing it because it’s something we love to do. Not because we have to. And that, as Robert Frost once wrote, has made all the difference.

Speaking of bureaucracy, next week I will explain just how easy Panama makes it (with a lawyer of course) to get a residency visa and the options open to foreign émigrés.

The Cost Of Medical Care And Health Insurance Living Overseas

The Cost Of Medical Care And Health Insurance Living Overseas