The Economy Of Panama Looks Promising For 2016

Panama Rising: Why 2016 Is Already Shaping Up As A Banner Year In Panama

We’re barely out of the gate for 2016 and already it is shaping up to be a phenomenal year here in Panama.

There was a flurry of attention recently as Panama popped up on a couple of annual lists of the best places to retire in the world and also on hot-destination roundups in the travel press. Travel and Leisure called Bocas del Toro the place to be in 2016 and a contributor to Forbes said our little corner of the Caribbean is fast becoming a hotspot for luxury travel. 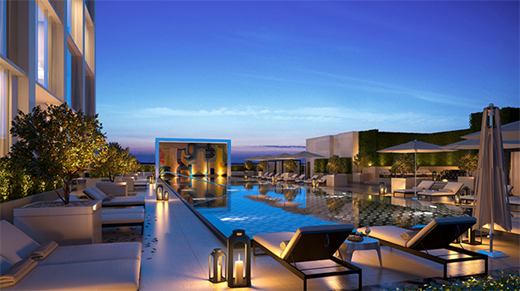 The latter noted that not one, but two Ritz-Carlton hotels are due to open in Panama this year—one in the capital and another under the company’s boutique Reserve brand in the Pearl Islands south of Panama City. The city Ritz is being joined by high-end brands such as Chanel, Versace, and Burberry in the new Soho Panama mall. Money is pouring into the city and it’s not hard to understand why.

Much of the hoo-ha about Panama’s economic prospects hinges on the Canal. It’s been a long time coming and the road has not been a smooth one, but President Juan Carlos Varela swore earlier this month that the planned expansion would be complete late this spring.

Excitement about the expansion is rippling across the hemisphere. Ports on the United States’ East Coast and the Gulf of Mexico are racing to expand and make room for larger vessels and more cargo going to and from the Far East—cargo that previously had to dock on the West Coast because of the canal’s current limitations. American coal and grain exporters are also salivating about easier and cheaper access to markets in China and elsewhere in Asia.

Work on expanding the canal began in 2007 and was initially scheduled to be completed in October 2014. Billions (the final price tag for the project has been put at about US$5.5 billion) in cost overruns and delays pushed that back to April 2016. Then Varela said May. Whether that deadline is met or not is anyone’s guess, but the project—now said to be 96% complete—will get done at some point this year, one way or another, barring some unforeseen catastrophe.

Which is the main reason economic prognosticators see a good year ahead for Panama. The canal currently accounts for 15% of the country’s GDP. If the capacity of the canal is doubled by the expansion as promised, the math is compelling enough to conclude that the country’s prospects are brighter for the foreseeable future.

It’s not only the government that stands to benefit from the canal expansion. The private sector is stepping up in a big way as well and much of the activity centers around the Pacific entrance to the canal just outside Panama City. A new container terminal at Corozal is planned within two years and has generated interest from 13 of the world’s largest port operators. The Panama Pacifico Special Economic Area is shaping up to be something special.

I am familiar with the Panama Pacifico area as this is where our architect’s office is located, and I was bowled over by this massive mixed-use project just 15 minutes from the center of Panama City (barring traffic, of course) on the canal’s west bank. The former Howard Air Force base is slowly but surely being converted into a hub of activity that will no doubt draw corporate partners interested in the Latin American market from across the world.

Former military barracks on the 3,450-acre site are being dismantled and replaced by beautiful new townhomes, apartment complexes, single-family houses, offices, and warehouses. It was all part of the old Panama Canal Zone before the land was returned to the Panamanian government by treaty on Dec. 31, 1999. The airstrip there now serves as the hub for VivaColombia, low-cost European carrier Ryanair’s second foray into the Americas, which operates a couple of daily flights to and from Medellín and Bogotá.

The master-planned community is a joint project between the government and UK developer London & Regional Panama. The idea is to create an economic zone concentrating on 12 industries in which Panama could reasonably expect to be competitive—high-tech manufacturing, logistics, back-office operations, call- and data-center operations, business processing, maritime services, and airline services.

The government stepped up with special laws and incentives that make the place exceptionally enticing to foreign investors. Panama Pacifico has a special office that helps foreigners cut through the ubiquitous government red tape in areas such as immigration and permitting. The zone is also exempt from Panamanian labor laws that preclude a company from running 24-hour operations. Companies are even allowed to employ more than the usual number of foreign workers.

Since the project started in 2007, some 1,200 homes have been built and more than 230 companies—among them 3M, Caterpillar, Dell, Grainger, Cable & Wireless, Avon, and BASF—are now operating in the zone. More than 1.5 million square feet of warehousing has been built.

For residents of the sometimes-claustrophobic city of Panama, what is perhaps most enticing about Panama Pacifico is the fresh air and open space. The developers have taken great pains to prevent overcrowding and develop a style of life and work that acknowledges the need for elbow room. Half the site has been set aside for parks, nature preserves or just green space, and the surrounding hillsides are still covered with rain forests, rivers, and lush greenery.

Or, if you can get on a plane in a hurry, it’s not too late to join us for our tour taking place next week.

Did you know that WhatsApp is now free? Or that there was an earthquake in Panama last week? Or that pregnant women have been told to avoid Panama because the Zika virus can cause birth defects? If you didn’t, then you haven’t stopped in to like our Facebook page and you haven’t been getting useful news tidbits all week in your feed. Do it today. You won’t regret it.

P.S. If you are already planning your summer travel, think about coming down in June for our annual Panama Conference. It’s scheduled for June 8–10 this year and promises to be as useful as ever for anyone thinking about moving to or investing in the Hub of the Americas. We’ve set aside a few VIP Packages for readers of In Focus: Panama, so if you want to join us, claim your seat and VIP package now. Use the special In Focus: Panama Coupon Code PTY50 when registering to knock US$50 off the cost of registration.

Retirement, Residency, And Working As A Foreigner In Ireland

The Panama Canal Railway opened in 1855 and was the world's first transcontinental railroad, creating an easy way to traverse...