Invest In Belize’s Growing Tourism Market For Income And Profit

Belize is at the top of the list for anyone who dreams of clear, warm waters, swaying palms, and white sandy beaches. It’s a well-recognized destination among North American mainstream travelers.

Belize is a big player in the ecotourism market and ranked as world-class for diving and snorkeling. The barrier reef in Belize is second in size only to the Great Barrier Reef in Queensland, Australia.

It’s a Caribbean destination that’s inexpensive when compared to most everything else in the Caribbean, so it draws more than just the high-end traveler.

And, looking “under the hood,” the Belizean economy has been a strong performer. The GDP has averaged 5.5% annual growth since 2006 and even turned in a strong performance during the Great Recession. Have a look at the chart below. 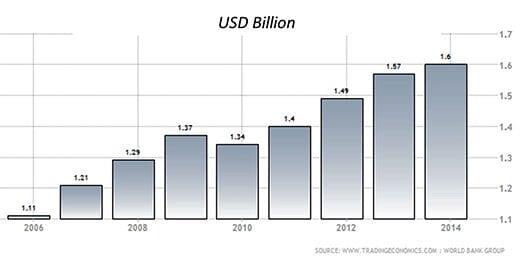 Belize has maintained a strong 5.5% growth,
with strong performance during the recession

Belize is a successful and mature tourist market, so investors here are not gambling on an unproven idea. And beyond its obvious tourism potential, it also draws a large number of expats, who come for a number of benefits:

The Premier Destination Within Belize Is Ambergris Caye 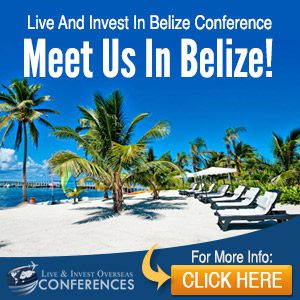 Ambergris Caye (pronounced “key”) is a narrow, 26-mile-long island just off the coast of the Belize mainland. It accounts for the lion’s share of Belize’s significant tourism income.

Located squarely within the barrier reef system, Ambergris Caye is where most divers and beachgoers headquarter themselves while visiting the country. It has now won the #1 spot on Trip Advisor’s Travelers’ Choice Award for two years running and is recognized as among the top 10 islands in the world.

The main population center on Ambergris Caye is San Pedro (locally called San Pedro Town), a typical, quirky Caribbean town that’s loaded with character… as well as a wide array of dining options, conveniences, and even an airport.

As an investment in the tourism industry, Ambergris offers a lot. It boasts a mature tourism market in a place that’s best-in-class in a country that’s world-renowned for its diverse tourism potential… from exploring Mayan ruins to watching a giant manta work the barrier reef.

Grand Baymen Oceanside is a luxury beachfront resort, condo-hotel, and conference center, with net revenue projections of US$3.86 million per year.

The project is situated on a section of prime beachfront, just a few minutes’ walk south of San Pedro Town. The immediate area has a great assortment of seafront fine dining options, as well as local restaurants, cafes, shops, and grocery stores. 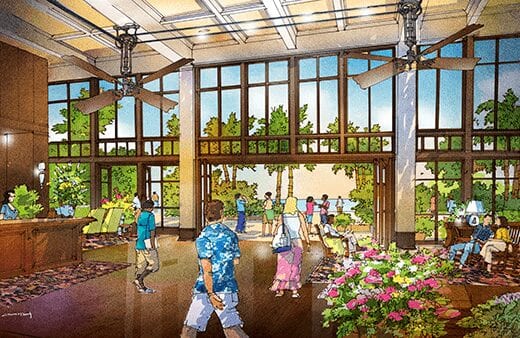 To operate the resort, the developer (ECI Development) has signed a Letter of Intent with a major, worldwide hotel chain. A confidentiality agreement prohibits us from naming the hotel operator until the final contract is signed… but they’re one of the world’s biggest and best-known.

There are a few different ways to invest in Grand Baymen Oceanside, which we’ll cover below.

Of the 144 units being built for the hotel, only 54 units are available for purchase. The units on offer are studio apartments, as well as two and three-bedroom apartments.

The idea is that you’d buy an apartment… release it to the hotel’s inventory to rent out to hotel guests… and then split the income.

Of the 54 available properties, up to 15 condos will be set aside to be purchased as a private personal residence. Otherwise, your unit will be part of the hotel’s inventory except during the four weeks that you can have it for personal use.

Staying Ahead Of The Competition 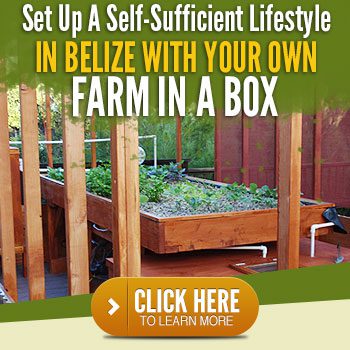 Grand Baymen Oceanside will be loaded with the amenities that you’d expect in a high-end resort, but the ace in the hole is its conference center… Aside from the British-colonial design, this is one thing that really sets this property apart from the competition.

As of now, the country of Belize is not a destination for events and conferences, despite its natural beauty and number of diversions. The only venue in the country with a sizeable conference center is in Belize City… which, to put it politely, is not a nice place. And the conference facilities there are too small to hold any kind of sizable event.

So the conference center at Grand Baymen Oceanside will have two advantages: it’s in the country’s best location, and it’s large-enough to host a full-scale event. It’s bound to steal the country’s existing conference business… and to make Belize itself more of a conference destination.

This will help to keep the rooms full… and to boost everyone’s ROI.

Terms Of The Offer (And Financing) At Grand Baymen Oceanside

Grand Baymen Oceanside will have a total of 144 units when completed. Of those, only 54 units are available for purchase. Grand Baymen will retain the remaining properties.

A maximum of 15 units are available for full-time residence. These are offered at the same price as the units that are available to the hotel.

Closing costs in Belize are high on new construction, at almost 18%. This is because—like many countries today—Belize charges their normal sales tax the first time the unit is sold. (It’s a Value Added Tax, and, for a piece of real estate, the value is added when it’s built.)

So, when I quote prices, I’ll include this tax to keep the numbers simple and straightforward.

From there, prices go up—according to size, floor, and view—to more than US$800,000 for a two-bedroom, oceanfront, “end” unit with a premium, two-way view.

For the ultra-premium experience, there are six oceanfront units available, each with three bedrooms and more than 2,400 square feet of living space. These will run over US$1.4 million, tax included.

You can reserve your unit with a fully refundable, US$10,000 deposit. This deposit will hold the property for 30 days, to give you a chance to come down and see it firsthand.

If you plan to attend the Live and Invest in Belize Conference (Jan. 20–22, 2016), then your reservation deposit will hold your unit until one week after the end of the event.

The second payment is 50% of the purchase price (less your US$10,000 deposit if you made one), which is due at groundbreaking, scheduled around Feb. 1, 2016. The third payment is the final 50%, due at intervals throughout construction. (These dates are based on the construction schedule, so they may change slightly once the builders actually get on site.)

Financing is available from Caye Bank in Belize. You could finance 50% of the purchase at 9.9% interest, with amortizations ranging from 5 to 30 years. Contact the developer for the financing details.

You may spend up to four weeks per year in your apartment. If you want to stay longer, you’ll have to pay like everyone else. Of course if you bought one of the 15 residential units, you could be there whenever you like.

The estimated completion date for the facility is May 2018. 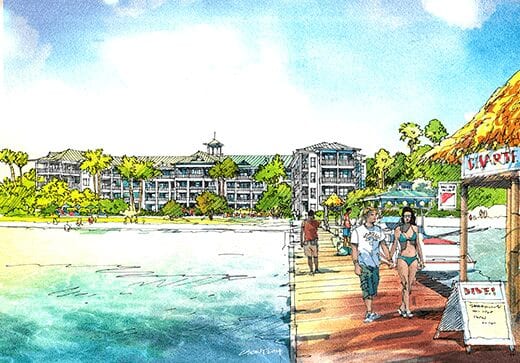 Architect’s rendering of Grand Baymen Oceanside,
as seen from the existing pier

Earn A Good Income While Your Property Grows In Value

I mentioned above that the cheapest property available at Grand Baymen Oceanside is the one that produces the highest return.

To be specific, the second-floor, non-beach efficiency—selling for a tax-included price of US$235,000—is projected to earn 5.89% in its first year of operation. This number increases over the years, until it reaches 12.26% per year in year 10.

Here’s A Way To Raise Your Return On Investment: Don’t Pay The 17.5% Sales Tax

If you’d prefer, you can purchase your unit and defer all closing costs. This lowers the cost of your investment by 17.5%.

Here’s how it works. You will invest the base price of the unit (without tax or closing fees), but you’ll actually be buying preferred shares in the company The Grand Baymen Oceanside Resort, Ltd, with your investment tied to a specific unit reserved in your name. The title to your unit will actually remain in the name of The Grand Baymen Oceanside Resort, Ltd, so no tax is due.

If you ever want to title the unit, you can “buy” it from the developer for US$1. At that time, you’ll need to pay the closing costs that you avoided at the beginning.

You’ll receive the same returns that you would if you bought the unit outright, except that your ROI will be higher because you’ve invested 17.5% less.

Financing is available on this option, too, just as with the outright-purchase option.

This option is for Accredited Investors. These are investors earning US$200,000 per year (US$300,000 per couple), or those who have a net worth of US$1 million, not counting their primary residence. Accredited Investors will need to sign a release with the developer, attesting to their status.

Be Our Guest In Belize (As A VIP)

As you may have heard, we’re planning our incredibly popular Live and Invest in Belize Conference to take place in January.

If you’re considering the idea of living, investing, or retiring in this amazing little English-speaking country, you want to be in the room with us for this one-of-a-kind, once-a-year event.

We’d like to invite you (and your guest) to join us for our 2016 Live and Invest in Belize Conference this January as our guest. That is, free.

Now, yes, there’s a little more to it than that, and the invitation I’m extending will not be of interest or, indeed, of value to everyone. You’ll recognize immediately if it would be of benefit for you.

The complete details are here.

Here’s Where The Forecast Numbers Come From

I mentioned that ECI has signed a Letter of Intent with a worldwide hotel chain. This hotel supplied ECI with projections for room rates, costs, and occupancy. I take their projections seriously because the hotel operator—with more than 50 years’ experience and more than 4,000 hotels worldwide—can no doubt make these projections better than I could. It’s in their best interest to be accurate and conservative.

Nonetheless, our investment experts compared these projections to the published rates of a similar facility in the area. As it turns out, the Grand Baymen Oceanside projections did end up on the conservative side. In fact, a neighboring resort’s 2016 rates are very close to Grand Baymen Oceanside’s assumptions for 2018, two seasons later, when actual rates are bound to be higher.

ECI is assuming an occupancy rate for the studio units of 45% during the resort’s first year of operation and forecasts an increase in that rate to 63% by year four, after which the occupancy levels off. (For the two- and three-bedroom units they top out at 55% in year four.)

ECI strongly believes that there’s lots of room for improvement in these rates but is keeping them as-is to remain conservative. For example, the conference center was not figured into the occupancy rates… something that is sure to improve them. 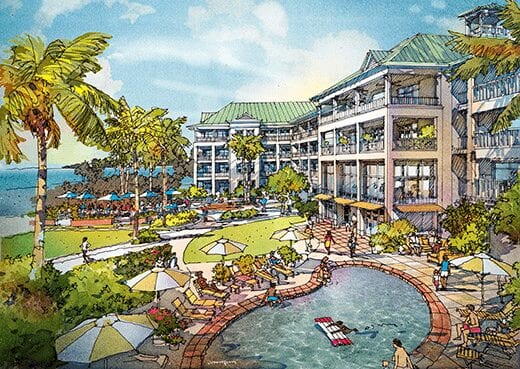 I think Grand Baymen Oceanside is a luxury resort that’s in the right place at the right time. It will be a premium property at a premium location… a good formula for maintaining performance in all kinds of economic times.

They’re offering a decent rental return while your capital investment grows, and you can even stay in your property for four weeks a year. (Of course if you buy one of the 15 units eligible to be a private residence, you could stay as long as you like… and rent it out yourself when you’re not in town.)

To ask a question, get an information package, or make a reservation, get in touch with the development team here.

Remember, there are only 54 units available. (Actually 52, as Kathleen Peddicord has already bought two.)

Share86Tweet54
No Result
View All Result