International headlines were made when an expat couple was murdered in min-May, their bodies found in a sugarcane field in a rural area of Corozal, Belize.

“Stop promoting a violent, crime-ridden country as safe!” complained a loyal reader of Live and Invest Overseas, outraged that we could ever recommend Belize as a destination to live or invest in.

But, as is common, the reader was reacting to a news headline she read online without seeming to have read the entire story.

Let’s review the facts of this case in particular, and of Belize in general, to see if this assumption is fair or even accurate…

The Facts Of This Tragic Case

The bodies of Francesca Matus, a 52-year-old from Canada, and Drew Devoursney, a 36-year-old, retired marine from the United States, were found between Chan Chen and Patchakan Village on May 1, 2017.

Shortly after this grisly discovery, the police caught a suspect, whom, as of this writing, they were still questioning.

We know his name is John Deshaies.

And he was very well known to the victims—he rented the lower level of Ms. Matus’ duplex.

This was not a random act of violence, nor a reflection of the level of crime committed by locals, nor the targeting of expats by Belizean criminals.

The alleged perpetrator was being sought at the time for another crime, the burglary of a casino in Placencia.

Crime In Belize: The Reality

The Overseas Security Advisory Council (OSAC) was created in 1985 under the Federal Advisory Committee Act to promote security cooperation between American private sector interests worldwide and the U.S. Department of State.

OSAC rates Belize’s crime frequency as “high,” rating better than only two other countries in the region.

To understand why, and what the reality is on the ground, let’s look at specific types of crimes that occur in Belize…

Because of Belize’s tiny population and a chronic gang problem in certain areas of the Southside of Belize City, Belize regularly ranks high in surveys of murder rates by population, with 40 murders per 100,000 people (less than Detroit and Baltimore in the United States).

Most of these murders are committed by street gangs on other street gangs. As such, with the exceptions of Regent and Albert Streets, the Southside of Belize City is best avoided at night.

Commenting on this nebulous figure for murders, my buddy Phil made an interesting point: “Put things in perspective… the world rankings of the most dangerous cities in the world has Caracas, Venezuela, in last place with 120 murders per 100,000 people.

Vehicle theft is very rare, but break-ins do happen. Best to keep any valuables out of sight. 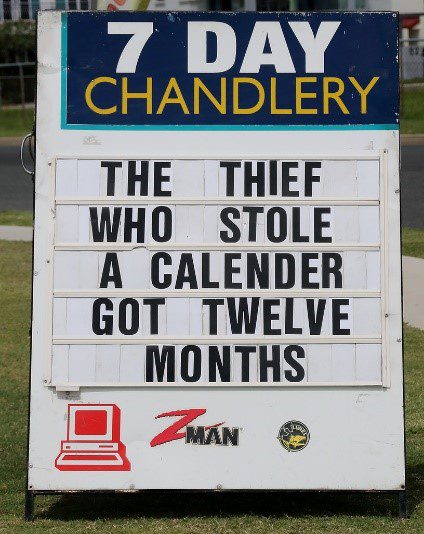 While not as macho as other Central American countries, certain socio-economic groups have some less-than-enlightened attitudes towards women.

Women should take care when out at night, especially if traveling alone.

Women should not walk alone in remote or dark places, especially at night.

Stealing of bicycles and tools left unsecured is common in many areas. Lock them up or get a dog.

This does occur, and most homes have burglar bars to deter it. I was burgled once when I left for two weeks, but I neglected to have someone check on my place while I was away and had badly installed burglar bars.

Political corruption occurs in Belize. For instance, a scandal involving government ministers and senior immigration officials regarding the sale of visas is currently under investigation.

Like many countries in the region, Belize is a transhipment point for narcotics on their way north to the United States.

The smuggling or bootlegging of foreign beer and liquor is a national pastime in Belize. Recently, a police patrol vehicle filled to the brim with contraband beer was caught by customs.

As with narcotics, many people with aspirations towards a better life use Belize as a route to get to the United States from more southern-lying countries.

Recent tightening of offshore and onshore laws and rules imposed by the United States has made money laundering less attractive in Belize.

One must drive defensively and take care on all roads—more so on gravel roads.

There are only three paved highways in Belize: the Western (George Price) highway, the Northern (Philip Goldson) Highway and the Southern (Hummingbird & Southern) Highway.

Wet roads, especially after a period of dry weather, are especially dangerous.

Watch out for pedestrians, cyclists in dark clothing (no street lights after dark), drunk drivers (anytime), buses driving at 80 mph, and suicidal stray dogs that launch themselves at your vehicle (unfortunately too common). 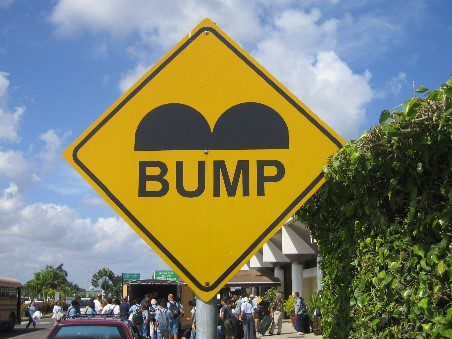 Also, be aware of unmarked speed bumps on the highways. These have cost me a fortune in repairs.

Hitchhiking is common, with rides most often offered in the back of pickups. Be aware that if you give rides in your pickup bed, you are assuming some responsibly and liability for those you are carrying.

Theft of spare tires is not uncommon. If the wheel is attached to the back of the vehicle, use a security lug nut to prevent annoyance.

Real ones have a green number plate; don’t use unlicensed cabs. OSAC recommends that ladies don’t travel alone in taxis after dark.

Very low. Who would bother?

With homosexuality having been legalized last year (a first in the Caribbean), attitudes about the LGBT community are changing quickly in Belize.

However, be aware that a culture of machismo coupled with alcohol can bring negative reactions to overt acts of affection between same-sex couples in certain low-brow bars and other dives.

These occur but don’t usually spill out into the general population.

The chronically underfunded and underequipped police force may take longer than expected or required to respond to an emergency, especially outside smaller towns or in rural areas.

Extortion by police is uncommon. However, you might be offered the option of a dubious “on-the-spot fine” if caught for a minor infraction, rather than go through the process of getting arrested, bailed, etc.

Be careful, as it is illegal to bribe a police officer, and overtly trying to bribe the wrong officer or being dismissive while you do so (like one might do in Mexico), could be seen as offensive, causing you much more grief than the infraction you were originally caught for.

Like anywhere, scams exist. The most common are to do with property purchase or residency.

Real estate scams are becoming less common now, but as they say, caveat emptor. Deals that are too good to be true usually are, and greed is a motivation that can come back to bite you fast. Do your due diligence and make sure you know that the parcel of land you are buying actually belongs to the guy you are paying.

When it comes to visas, “I’ve got a cousin that can get that done for you in a week,” is an oft-heard phrase, so exercise caution.

Come to Belize, and be aware of where you are and of your surroundings to ensure a wonderful—and safe—trip.

56 Fun And Interesting Facts About The Dominican Republic

56 Fun And Interesting Facts About The Dominican Republic