by Samantha Russell
in In Focus: Panama, Investing, Panama
0 0
0

Before I start writing about Panama’s economy, I really must insist upon a few things: no yawning, no snoring, and no escaping! Panama’s economy is an absolutely fascinating subject, and you are going to enjoy this essay.

No, seriously, the economy is important. Economy is money, and money, whether we like it or not, is an important part of life, and not just for governments but for individuals on a day-to-day level.

Economy is especially important if you’re thinking about relocating to a new country… a healthy economy means money is flowing through the place. It also means a safe and stable climate, generally.

Panama has the most robust, stable economy in Latin America.

It is a country of 4 million people, 2 million of whom live in the capital city… That gives you an idea of how this economy works. It clearly isn’t agricultural!

Does this mean Panama’s economy is industrial? No, not really. This is a country of imports. Panama imports food from the United States, for example… even rice.

Among the few things made in Panama are airplane parts and cement. They’re big on cement here but—don’t worry—it isn’t the Italian mafia making concrete boots for you to go swimming in…

There are also several national breweries and a Coca-Cola plant.

So, What Is This Economy All About?

It is also one of the best shipping points in the world and a top finance hub.

And, it uses the Balboa, which is essentially the U.S. dollar. And that is a reliable currency that attracts foreign investment.

Under the previous government of Martinelli, the GDP was rocking and rolling at highs of 6% and 7%. The current 4.9% growth under Varela is still healthy, and there is no reason why it should slow down any time soon.

Bottom line, you could say that this country has been cooking with gas for a nice long time. Today growth continues strong, stable, and solid.

Again, most of this growth—80%—comes from the services sector each year… shipping, banking, and the financial industry.

The Canal—The Heart Of Everything 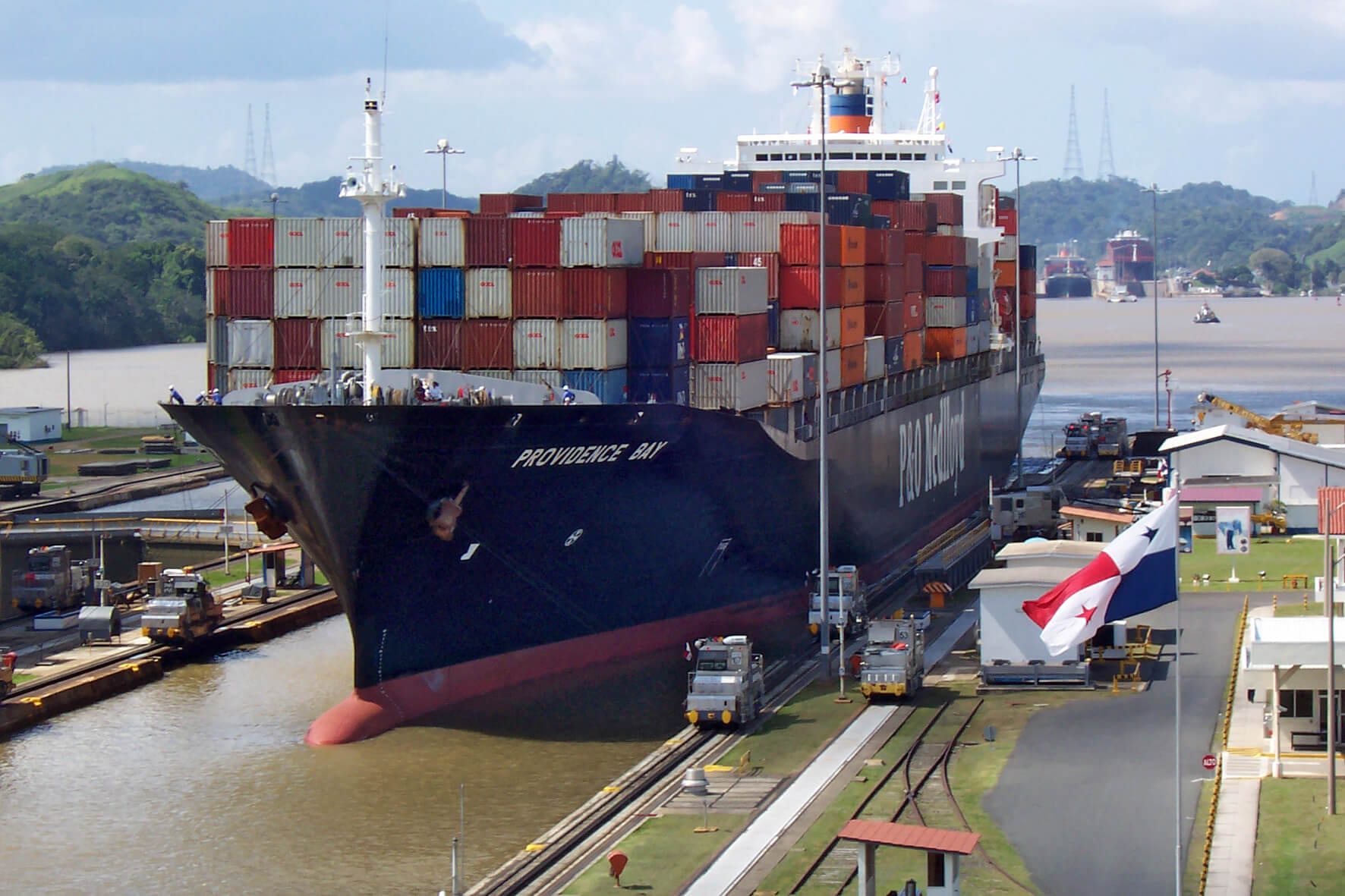 At the heart of everything is the Panama Canal, the most important shipping route in the Americas. It provides a short cut from the Atlantic to the Pacific so ships don’t have to circumnavigate the entirety of South America.

The Canal has the best port structure in Latin America and the fifth best in the world. It has five world-class container terminals—three on the Atlantic and two on the Pacific. In 2016 the Canal was widened for to cater to super ships.

To sail a 20-foot container down the Canal costs US$75, so a ship full of containers pays around US$325,000. No less than 99% of the world’s container ships pass through the expanded Canal these days. This puts the Canal’s profit at around a whopping US$1 billion per year.

Meantime, Panama’s banking industry is also the most modern and successful in Latin America, second only to Switzerland in the world.

Panama is not only a foreign exchange center (partly because there are no valuation or conversion concerns thanks to the Balboa/U.S. dollar), but it’s also a top jurisdiction for incorporation.

It is easier and quicker to open and to dissolve a corporation in this country than anywhere else in the region. Furthermore, it uses a territorial tax system, meaning you only pay tax on income made in Panama. It’s also relatively easy for a corporate identity to get financing from a Panamanian bank.

Now, it isn’t like it used to be… Panama Papers, the EU gray listing, corruption scandals, and the Foreign Account Tax Compliance Act in the United States have all put a spanner in the works for Panama, but it is still a better place to incorporate than other Latin American countries, most of Europe and North America.

What Else Is There To Know About Panama’s Economy?

Inflation is low at 0.7%… adding to the overall stability of the economy and allowing for reliable predictions and projections… another reason the country is attracting foreign investment in ever-increasing volumes.

Low inflation makes a country very competitive because they can afford to lower their export prices, which means more people want to buy from them—and export isn’t just industrial goods. You can export services too. And that is what Panama does. It has call centers for major U.S. companies, for example.

Another factor contributing to the overall stability of this country’s economic scene is the unemployment rate… which is 5.5%. International businesses from Nike and Dell to Estée Lauder and Procter & Gamble can’t find all the staff they need, and the country therefore makes it easy to import labor.

It’s the middle class that eats gourmet burgers, has the latest phones and televisions, and buys all those imported cars that are being shipped into the country through the Panama Canal… at an average rate of US$325,000 per shipload. Basically, the economy is a web, and the middle class is weaving it.

Then that US$325,000 is being plowed back into the continuing development of the country’s infrastructure and amenities… making it easier and more interesting all the time for the middle class to spend their paychecks… further fueling the demand for all those imported products.

And so the cycle continues and expands.

Panama’s middle class is also buying homes… in exploding volumes. Certain areas on the fringes of Panama City are given over entirely to the construction of homes specifically for the local middle-class market. This is one of the best possible investments you could make in this country today.

Samantha Russell is Senior Editor of our Global Property Advisor publication and Overseas Property Alert, guiding readers in establishing and diversifying their international property portfolio, and is LIOS' in-house real estate scout and writer.
Samantha started following property markets when she was 21 and made her first investment just two years later at 23. After getting to grips with her local market (London), she began to look farther afield at international markets. Armed with this firsthand experience, Samantha knows what to look out for when considering a real estate deal, but she also backs it up with serious due diligence on every project she considers for her readers. As she says, “you can’t fall victim to PDF fear,” meaning she happily ploughs through 200-page PDFs on property or planning law… sometimes in her second language.
Currently living in Panama but having traveled three continents, Samantha has seen a bit of everything in life. She goes off-road and nips through cities, submerging herself into society´s truths and secrets. These days, nothing gets past her unnoticed… she then puts pen to paper and divulges all, bringing her readers the sweet, and at times bitter, truth. Known for her honest writing, Samantha covers property markets throughout Europe, the Americas, and Asia. She also dives into the world of citizenship through investment programs, current affairs, Smart Cities, and the potential of blockchain.

Cyprus—north and south—is dead center of my radar. Property markets across this island nation are not only among the world's...

The Best Things To Invest In This Year

A Beach Adventure In Panama To Start 2023

Christmas Eve Dinner In Panama: A Rundown For Expats

Trekking Barefoot To Los Islotes Through The Jungle