11 Alternative Ways To Celebrate Halloween Across The Globe

by Sophia Titley
in Lifestyle, Travel
0

For North Americans, Halloween time is filled with jack-o-lanterns, spooky or comical costumes, trick-or-treating, and excessive candy consumption. However, the period around Halloween Day also holds significance for many other cultures across the globe.

Although the names and origins vary, celebrations and activities around this time have one thing in common: the honoring of the undead. Regardless of where you may find yourself around the end of October, chances are you will be reminded of death in one form or another.

Here are the top ways cultures around the world celebrate what we know as Halloween. 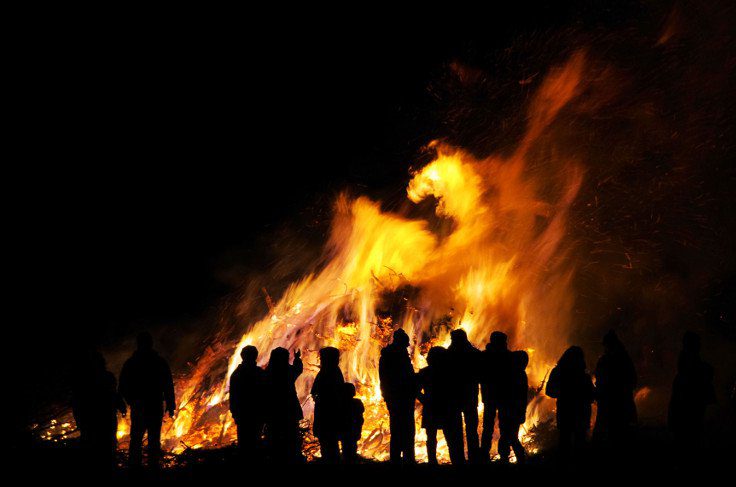 The roots of Halloween spring from Celtic tradition: Samhain is a Gaelic festival that is celebrated from Oct. 31 to Nov. 1, heralding the end of the harvest and the beginning of the darker half of the year.

Seen as a liminal time where the boundaries between the worlds of the living and the dead are thin, the Halloween celebrations in Derry are among the largest in Europe and some of the most famous in the world. Being recognized as the “Best Halloween Destination” in the world by USA Today has spurred event organizers to ramp up their efforts each year, mixing pagan ritual with fun the whole family can enjoy, including a fireworks show on the banks of the River Foyle. 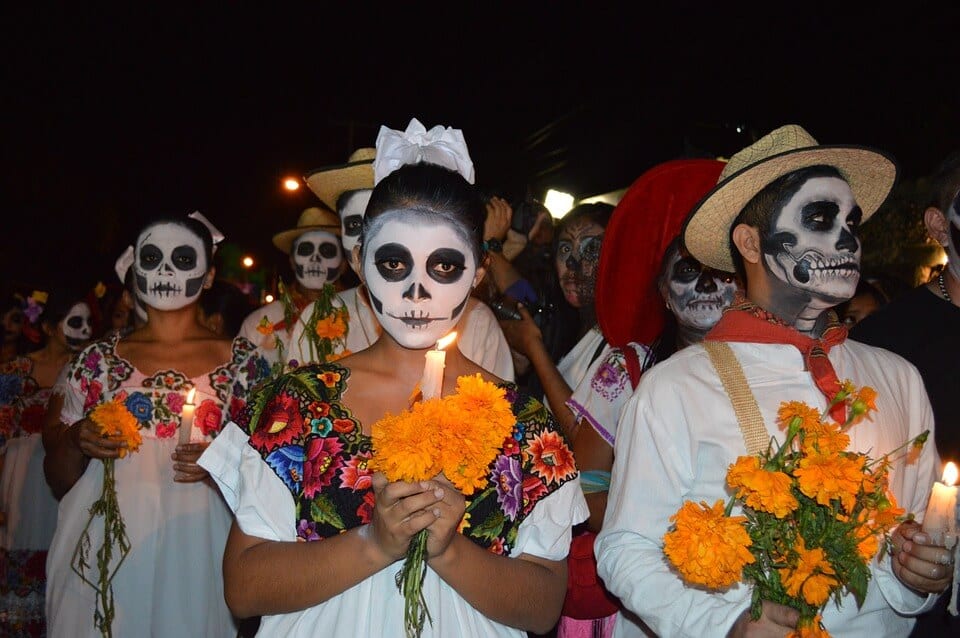 Although not associated with Halloween as we know it, El Día de los Muertos or the Day of the Dead is certainly a spooky event. From Oct. 31 to Nov. 2 throughout many parts of Mexico, altars are set up and offerings of marigolds, various candies, and breads are set out in honor of the deceased.

Processions, parades, and performances take place during this time with many adorning the traditional skull-shaped masks associated with the holiday. Particularly noteworthy are the shrines of Oaxaca, intricately decorated with petals of the cempasúchil flower, and the island of Janitzio, known for its massive graveyard where a festive vigil takes place. If you find yourself in Mexico around the end of October, this spectacular cultural event is not to be missed. 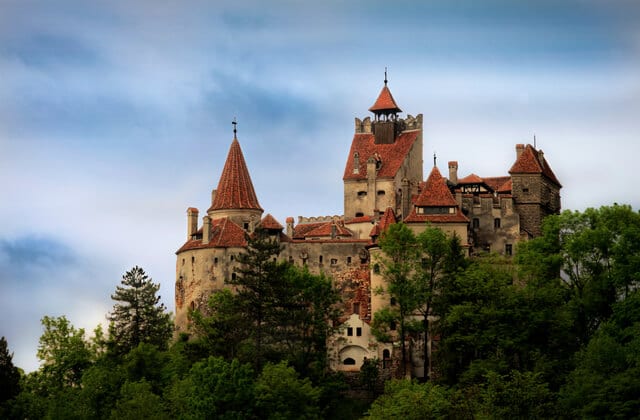 The Transylvania Society of Dracula’s “Halloween in Transylvania” tour (Oct. 29 to Nov. 4) includes a visit to Bucharest to touch the walls erected by Prince Vlad five centuries ago, a witch trial reenactment, and a Halloween party at Castle Dracula. Afterlife insurance is available, good for those wishing to book a dance with Countess Dracula. In October, the days are short, and you don’t want to be caught on this side of the Carpathians without the Society as your guide. Tours are booked through The Company of Mysterious Journeys, who proclaim, “Everything we can imagine exists!” 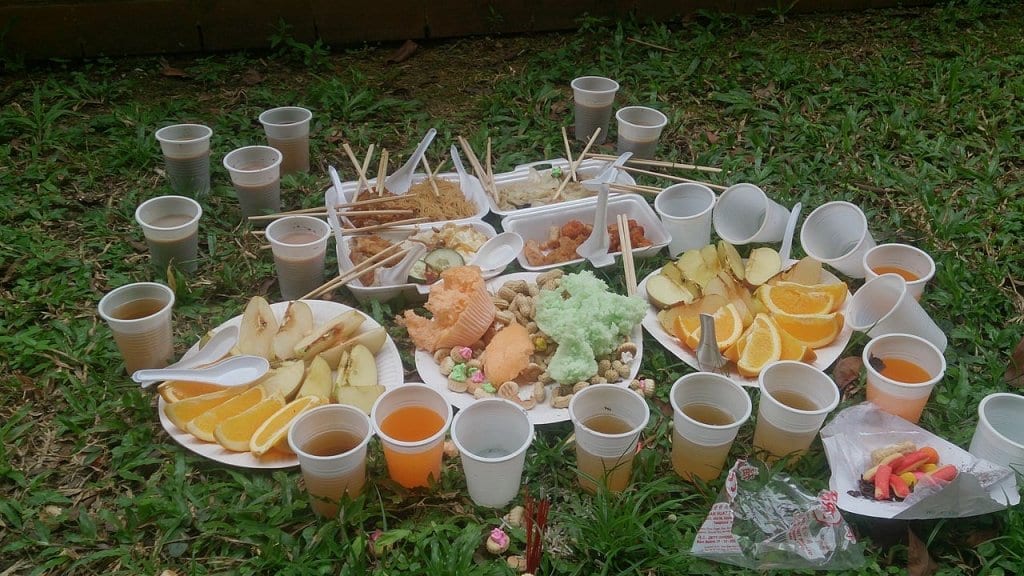 The Hungry Ghost or Yu Lan Festival is celebrated for one month (starting Sept. 5) in various countries across Southeast Asia (including China, Vietnam, Taiwan, Singapore, and so on). In practice, it has some similarities to the Western version of Halloween, although its origins differ greatly.

Rooted in Buddhism, traditional belief claims that the gates of hell open on the 7th month of the lunar calendar, allowing ghosts to roam the realm of the living. If not properly attended to, these ghosts—believed to be the restless spirits of fallen ancestor—are known to become quite mischievous. In attempt to avoid any trouble with the undead, offerings of food and money are put out, incense is burned, and (in some cases) Chinese Opera is performed.

Celebrations of Halloween in Austria have more to do with devotion to the Catholic religion than they do with trick-or-treating or wearing comical costumes. Relating to All Saint’s Day or Seleenwoche, the period from Nov. 1–8 is dedicated to the gathering of families and the remembering of those who have fallen. Ceremonies in honor of saints and martyrs are held, special church services are attended, and prayers are recited for deceased acquaintances.

On Nov. 1, Allerheiligen takes place. Families visit the graves of loved ones and light candles in remembrance of them. Although considered quite a solemn holiday, it is said that the charged cosmic energies typically associated with Halloween night can still be felt during this time. 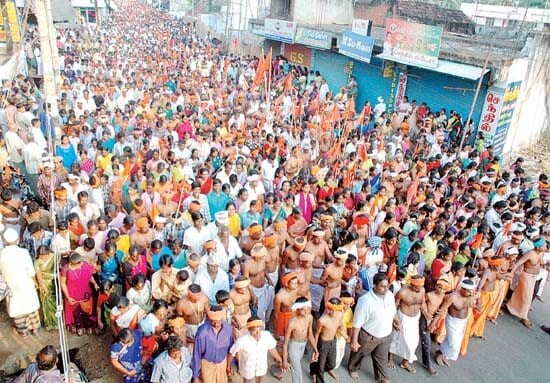 This event is based in the Hindu belief that our ancestors or pitras are trapped in a realm between life and death because of debts left behind when they were living. Liberation from this realm can only occur when the current generation pays homage to them in the form of offerings and prayers.

Considered a period of mourning, this event takes place over a 15-day period in September. Rituals must be carried out by the eldest son or a male relative of the family and involve purifying baths, the wearing of a dhoti, and a ring of kush grass. Ancestors are invoked and offerings of kheer, lapsi, and dal among other things are presented to them. 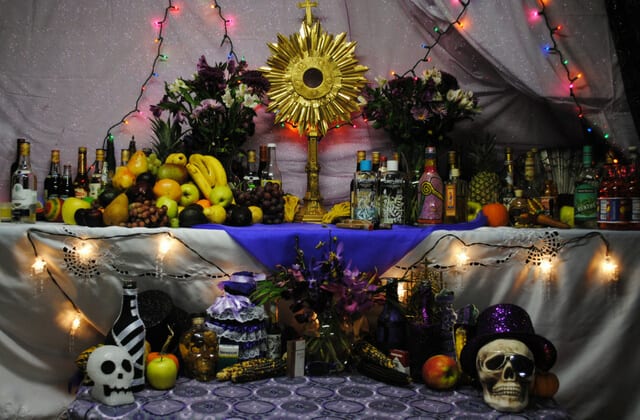 This Nov. 1 in New Orleans, the 37th annual Day of the Dead Celebration will take place at the New Orleans Healing Center. Rooted in Haitian culture, Fete Guédé involves remembering and honoring the deceased in order to find meaning in one’s current life, creating space for future generations.

This celebration is put on by La Source Ancienne Ounfo, a local Vodou society, and is free and open those members of the public brave enough to attend. It will include various ceremonies, shrines dedicated to Marie Laveau—New Orleans’ Vodou Queen, and processions and prayers to praise the dead. 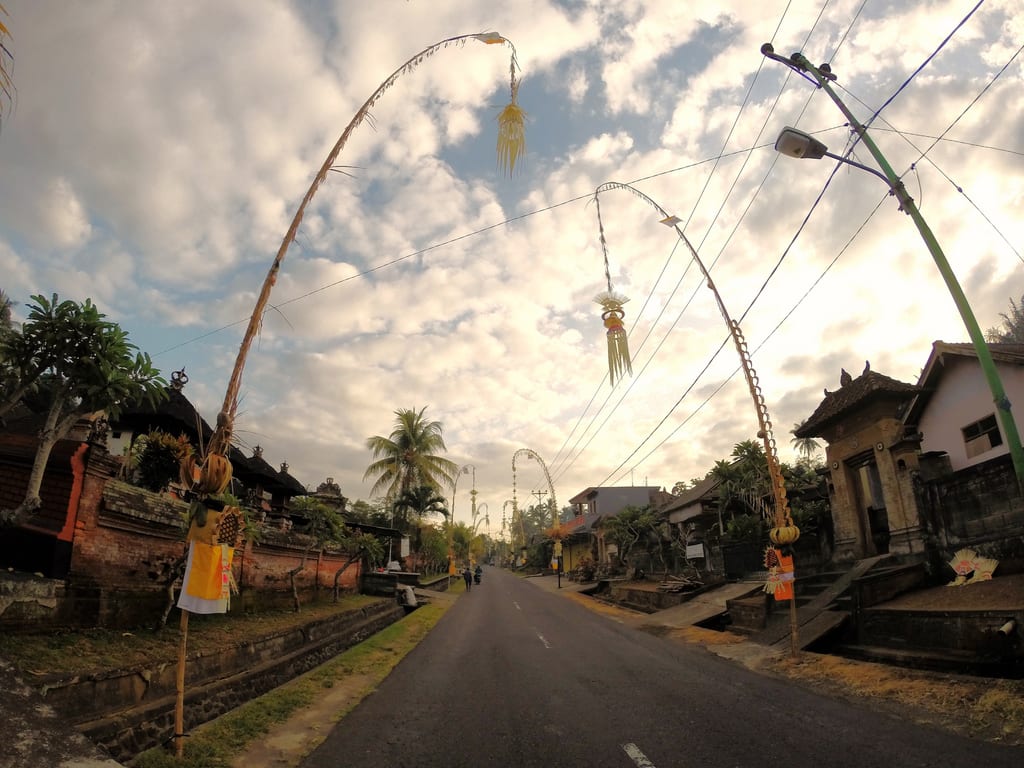 Galungan in Bali Indonesia is similar to Halloween in North America in that it is a celebration. The purpose of this festival is to welcome Balinese Hindus’ ancestors, which return to be entertained with rituals and ceremonies for up to 10 days (Nov. 1–11). During this time, massive penjors, or intricately decorated bamboo poles loom over the streets, altars teem with offerings in handwoven baskets, and incense burns around the clock.

People celebrate Galungan by partaking in ceremonies that take place at various temples around the island. Select animals are slaughtered and barong dancers perform to welcome Ida Sang Hyang Widi, the creator of the universe. Galungan may concern the undead, but fear is not featured in the festivities. 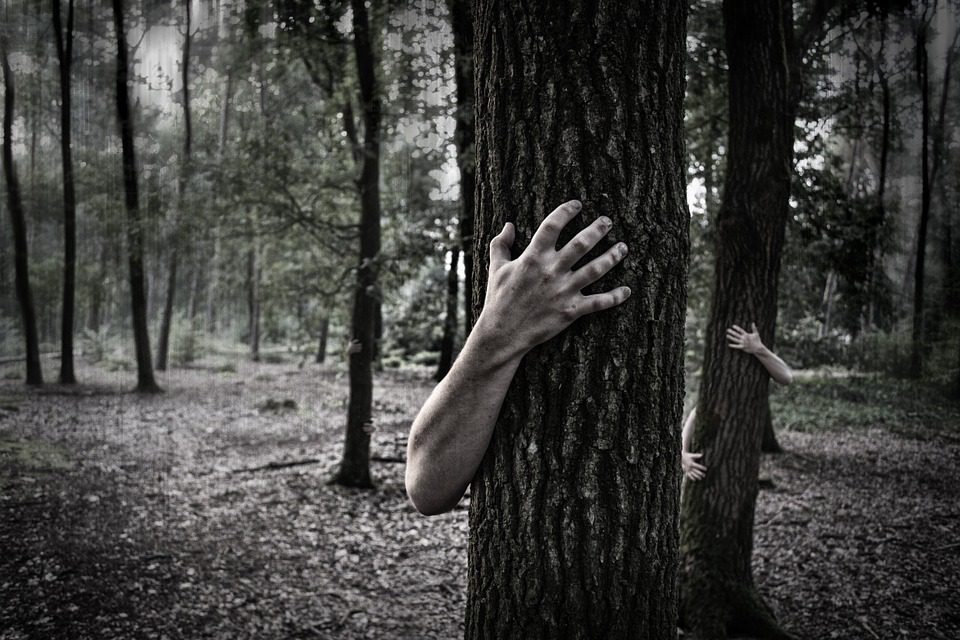 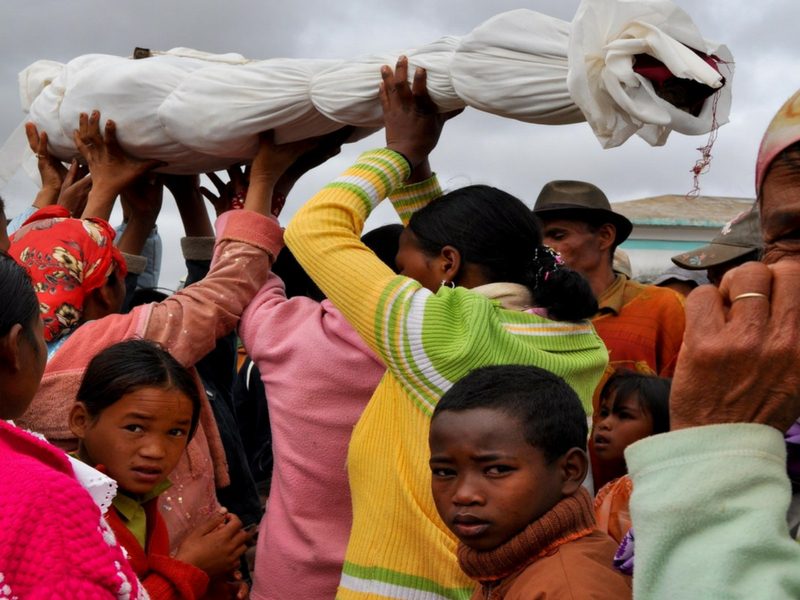 Although Madagascar does not celebrate Halloween, they do, however, celebrate Famadihana (or the turning of the bones), which in its concern for the undead is somewhat similar.

In this ceremony, which takes place from July to September, the deceased are honored by their relatives. According to local belief, in order for the spirit to pass on to the land of the ancestors, its body must first decompose. Every seven years, families remove corpses from the grave, wrap them in silk, and return it them to the ground. Not only does this facilitation decomposition, but it also gives families an opportunity to come together, celebrate, and remember those they have lost. 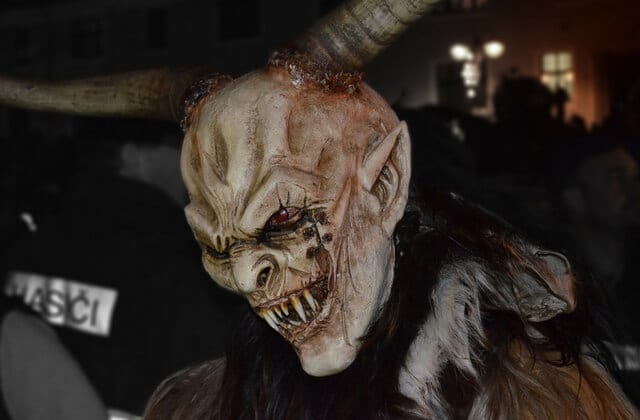 Celebrate Halloween the Breton way during the festival of Kalan Goañv. Taking place Oct. 31, this is the one night that the woodland faerie spirit, Bugol Noz, can show himself to the public. Though of hideous appearance (even the animals of the forest avoid him), his manner is gentle and kind, so much so that he cries out to warn humans of his approach so as to not frighten them. And why would the gnome-like creature, also known as the “Night Shepherd,” let his hair down to mingle with the humans on the last night of October? With so many celebrating the Celtic New Year dressed as witches and goblins, Bugol Noz blends in with the crowd, and his off-putting form isn’t a source of distress to nary an unsuspecting soul.

10 Things To Know Before Launching Your New Life In France

Yes, You Can Enjoy Life In Paris, Even On A Budget

This week's Live and Invest in Panama Conference, which kicked off bright and early yesterday morning in Panama City's Las Americas...

Yes, You Can Enjoy Life In Paris, Even On A Budget