In Praise Of Irish Country Living

Before traveling to Baltimore for the Thanksgiving holiday, Lief and I spent a week in Ireland.

We made the trip to reconnect with old friends in Waterford but then ventured beyond and made delightful new discoveries… including Ashford Castle.

The appeal of Ireland for me has always been Irish country living. We invested in a modest version of this in County Waterford years ago when our children were young. We had chickens in a coop my father helped us to build, ponies in tumble-down stone stables, and an Irish sheep dog chasing cows among the hedgerows in our fields.

In Ireland last week, we indulged in a grander and more impressive Irish country life experience when we checked in for a long weekend as guests at Ashford Castle.

We’d reserved a room in the 13th-century tower house that stands today as Ashford Castle’s cornerstone. The elaborate castle structure extending from it is the result of a series of expansion projects over the centuries that included the addition of a 16th-century fortress and, in 1715, a French château section.

Architecturally, Ashford Castle is eclectic in the extreme. Historically, it’s the triumphs and the tragedies of the Auld Sod embodied on the shores of Lough Corrib.

The medieval tower where we stayed was built by invading Anglo-Normans who came to the west of Ireland to conquer the native O’Connors of Connaught.

In the 1850s the estate was purchased by the closest thing the Irish have to royalty—the Guinness family. Benjamin Lee Guinness took advantage of post-famine crisis opportunities to expand the property to 26,000 acres and then used the enormous estate as a brand marketing and networking tool, inviting all the right people from across the U.K. to come spend a week or two hunting, shooting, fishing, and otherwise occupying themselves in the ways landed folks did in those days.

In 1939, the property was purchased from the Guinness family and renovated into a luxury hotel that was put on the map a dozen years later when John Ford, John Wayne, and Maureen O’Hara came to the west of Ireland to make “The Quiet Man.” Much of the cast stayed at Ashford Castle during filming, and the estate’s gardens and grounds were backdrop for the movie.

Today the property is part of the Red Carnation Hotel Collection. Red Carnation hotels are known for their luxury standards and white-glove service, but Ashford offers something else, as well—as authentic a 19th-century Irish country weekend venue as I think you’ll find anywhere in Ireland today.

What do you do with yourself at Ashford? The same kinds of things Sir Benjamin Lee Guinness and his VIP friends did back in the day…

Lief and I have had long interests in falconry but never a chance to try it. Ashford Castle is home to Ireland’s oldest School of Falconry, which seemed like just the place for us to learn more.

Turns out, to my relief, no skill whatsoever is required. Our well-trained hawks soared and circled and returned on cue, again and again, rewarded each time with a bit of raw hare meat hidden in the palms of our heavy leather gloves. 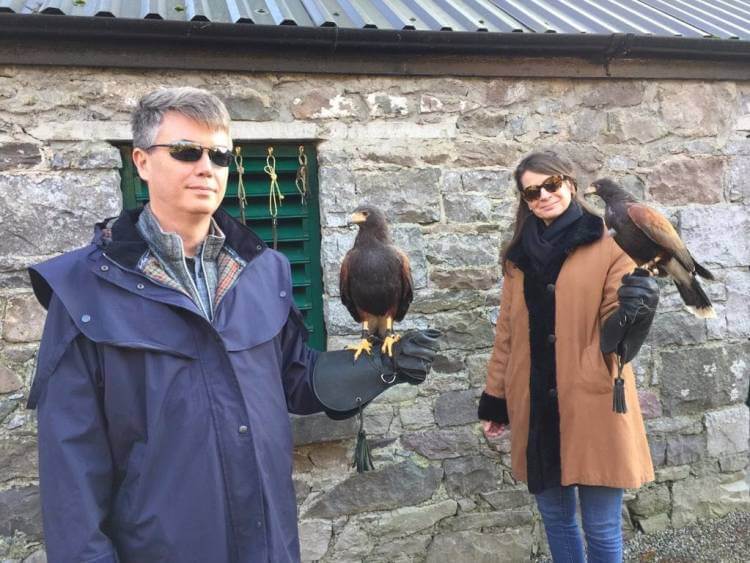 Stock Market Opportunity Of The Year

Stock Market Opportunity Of The Year