Why Medical Tourism In Southeast Asia Is Today’s Big Bargain

The Single Best Bargain In Asia

by Karim Rahemtulla
in How to, Lifestyle
0

Many are the reasons to visit the exotic and enthralling countries of Southeast Asia. But one of the newest and best reasons may be “medical tourism.”

Asian currencies, primarily the Thai baht and the Malaysian ringgit, are collapsing. Stock markets in both countries are going nowhere. The hike in U.S. interest rates is putting even more pressure on both countries, as much of their debt is denominated in dollars, and a stronger U.S. dollar means more pain when it comes to currency translation. 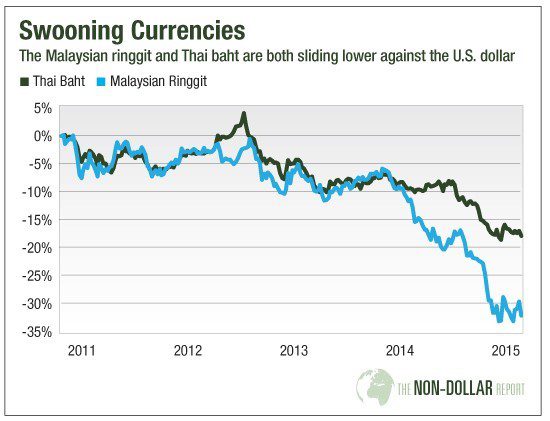 Asian stocks don’t make the cut. I think it’s still too early to buy. While there has been a correction in prices, the correction hasn’t been deep enough to produce bargain pricing. I am still not seeing the type of pain that led me to buy Asian equities in 1997, at the depths of the Asian financial collapse.

Back then, bargain stocks were trading at 20% to 30% of their book values! But that’s not happening right now.

While many countries in the region have a better handle on their finances than they did before the 1997 crisis, they remain fairly highly leveraged and indebted. So we could still see a major correction led by higher debt costs. It’s a waiting game.

On the streets of Asia, however, it’s a different story. There are bargains. Great hotels and excellent restaurants are absurdly inexpensive throughout the region.

Shopping is another bargain. You could do what I did: Buy all of my Christmas presents for friends and family in one swoop. The savings offset the cost of my airfare, lodging, and meals. Not a bad trade-off. You may think buying a suit at Jos. A. Bank is a bargain for US$1,200 because they throw in two more for free, but how about US$250 for two suits, two pairs of pants, three shirts, and two ties?

And that’s not the price of the suits, pants, and shirts that come off a rack. Each item is hand-tailored. 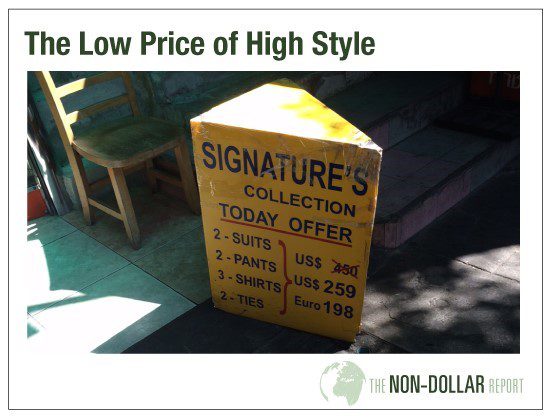 But while the items above are truly great bargains, the real bargain is medical tourism. Few people know about the true savings… enough to buy a new car back in the States for certain procedures.

Now, the idea of medical tourism in Asia may send a shiver down your spine. The thought of dirty hospitals, inexperienced doctors, questionable staff, and a non-English-speaking environment are enough to scare the bejesus out of anyone, myself included. If any of this were actually true, I’d stop writing now. But none of it is true.

What you have in places like Thailand and Malaysia are top-notch facilities that are internationally accredited, staffed by physicians who likely got their training in places such as the United States, England, or Japan. They have returned home to satisfy their requirements for a subsidized education abroad (they usually have to fulfill 8- to 12-year commitments) or to enjoy the lower cost of living.

As a physician, you’re likely to earn 5 to 20 times more than the average person in the country, depending on your specialty.

As for English, they speak it fluently in places like Kuala Lumpur and Penang. Malaysia was a former British colony, and English is spoken by virtually the entire population.

Experience is not an issue either. As I’ve mentioned, most of the physicians you encounter were trained in the West. Facilities are top-notch, as well, with some offering five-star quality rooms for you and your family, with meals included and a view of something other than a massive generator.

But the real kicker is the price. In many cases your insurance company will pay for you to travel to Asia for a procedure, depending on local pricing.

Here’s an example of what you or your insurance company would pay locally versus somewhere like Malaysia or Thailand. (Both countries are seeing record levels of medical tourism.) In fact, Americans are now the fastest-growing group accessing medical tourism in Asia, and for good reason. 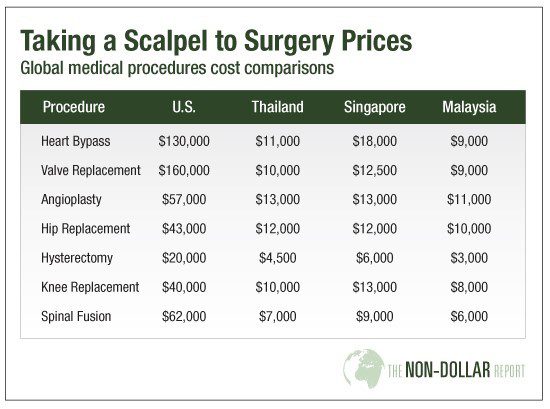 Consider the price of any heart-related procedure. In Malaysia you will pay as little as 10% of what you’d pay in the United States for a major surgical procedure. A heart bypass may cost US$10,000 in Malaysia, compared with more than US$100,000 in the States. The same types of comparisons apply across the board, from orthopedic surgeries to complicated heart surgeries and even hip and knee replacements.

You can see why your insurance company would be more than happy to reimburse you for the procedure and a nice long vacation too. In 2014, more than a million Americans took advantage of medical tourism. It’s the biggest bargain out there, even more so today… all thanks to the strong U.S. dollar.

Karim Rahemtulla
Co-founder and Editor, Beyond The Dollar

A Series Of Unfortunate Events: Car Trouble In Belize