The rain forests of Central America are alive with the sounds of animals that you’ll likely never see outside of an exhibit. These creatures are hidden in the underbrush chirping and calling with incessant tones. The majority of these jungle sounds come from frogs. Many species of these brightly-colored creatures are only found in the jungle.

If you’re lucky enough to spot one of these striking creatures in the wild, resist any urge to touch it. It’s probably poisonous. Take the poison-dart frogs, for instance. Indigenous tribes would rub the point of their blow-dart on the frog’s body to make it toxic.

Following are some frogs to watch out for in Central America…

Poison-dart frog is the common name of a group of frogs in the dendrobatidae family that are native to Central and South America.

Many species are critically endangered. Blue poison-dart frogs are poisonous because they eat ants and other small insects that have toxins in their bodies. If an animal eats the frog, it will become very sick.

Although all dendrobatids are toxic, levels of toxicity vary greatly from one species to the next.

The strawberry poison frog (pictured above), or strawberry poison-dart frog (oophaga pumilio), is often found in humid lowlands and premontane forest, but large populations are also found in disturbed areas such as plantations.

A tree frog is any species of frog that spends a major portion of its lifespan in trees, known as an arboreal state. Several lineages of frogs have given rise to tree frogs, although they are not closely related. 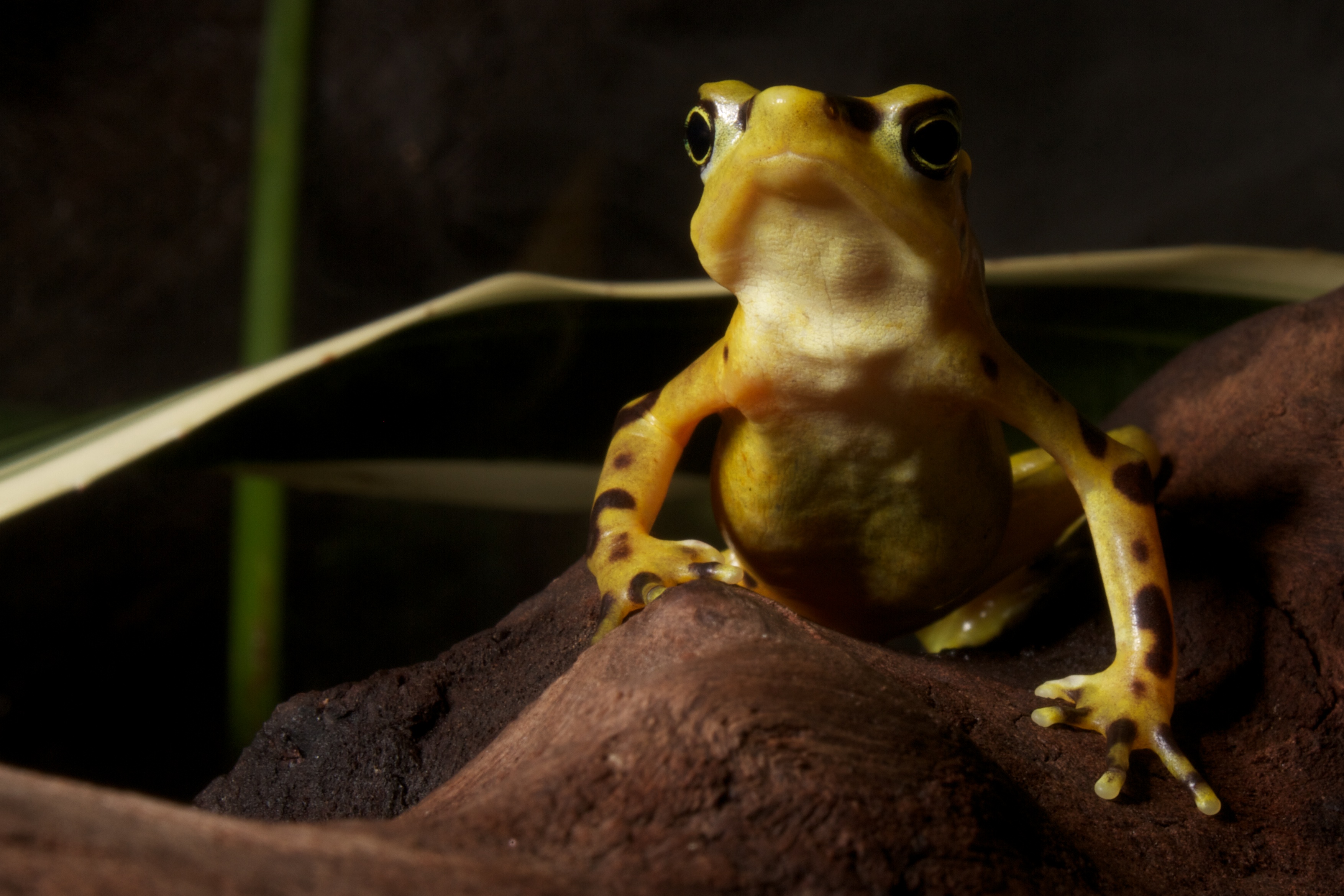 The Golden Frog is an endangered species and unique to Panama.

Unlike most frogs, these are active during the day. They often have brightly-colored bodies, which act as a warning.