Six Rules For The Offshore And Real Estate Beginner

by Kathleen Peddicord
in Offshore
0

Years ago, a friend–a smart guy…a guy who’d been around the block…done business all over the world–engaged an attorney to help him structure his holdings to mitigate his global tax liability.

My friend spent more than US$100,000…didn’t understand the structures he ended up with…didn’t want to ask more questions, because they led to more answers he didn’t understand and more billable hours…and, then, a few years later, found he was in violation of some French tax code he’d never heard of. Certainly, he didn’t mean to run afoul of the French tax authorities. And, even when presented with the facts, he didn’t understand exactly what he’d done that he shouldn’t have done.

In the end, he had no choice but to pay the resulting US$50,000 fine…and, then, to hope no further surprises awaited him down the line. 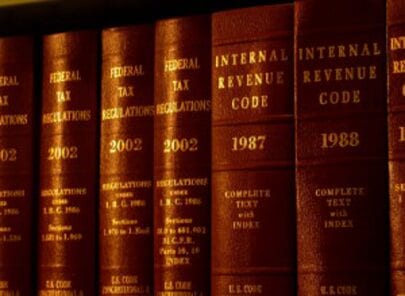 I joke now and then in these dispatches about how mind-numbingly complicated, as I like to say, this international tax and structure stuff can be.

At first, when you’re starting out, making your first foreign real estate purchase or setting up your first offshore corporation, it’s intimidating. You don’t know what you don’t know. You fear you’ll end up like my friend, breaking some tax law you didn’t know existed.

I’ve been lucky on this front. I married an accountant, who, since we’ve been living outside the States, has made it his business to understand the ins and outs of U.S. tax code as it relates to the non-resident American. Lief can quote IRS rules, regs, form numbers, and exemptions by heart.

And he’s taken the time to research and to understand the relevant tax issues in every jurisdiction where we’ve invested money, done business, or held an asset.

I’m not sure he enjoys the side-line, but, when we left the States, Lief felt he had no choice. It was either figure it out himself or pay some “expert” tens of thousands of dollars to figure it out for us.

Lief’s investment of time and energy has paid off, not only because it has saved us considerable money over the past decade…but also because it means we understand (well, at least he does) how we’re structured. He’s made all the decisions and choices himself. And we’ve erred on the side of disclosing and reporting even when we’re not certain it’s required…and paying the tax even when we’re not sure it’s due.

This way, we sleep better.

And, even within the context of our ultra-conservative approach, Lief has been able to control our overall tax burden. Using the foreign-earned income exemption and other straightforward exclusions, exemptions, and deductions, our overall net effective rate of tax is considerably less than it would be if we were full-time U.S. residents.

Of course, you don’t have the benefit of Lief’s personal assistance in your own offshore affairs (however I should point out that readers of Lief’s Offshore Living Letter are privy to his expertise twice a week).

I have, though, learned a few things myself that I hope can help. Here you go: Six things I wish someone had told me before I bought my first piece of foreign property or opened my first offshore company:

Time In Prison In Panama: A Cautionary Tale

Why would anyone want to become a legal resident of another country? If you're interested in becoming a resident of...

The 2 Biggest Concerns Retirees Have Before Living Overseas

The Best Property Deals To Expand Your Portfolio Offshore