Four Best Beaches In Panama (For Both Fun And Profit)

One of Panama’s greatest assets is its beachfront. This is a little country with two long coasts and several clusters of outlying islands… meaning lots of different beaches—Pacific and Caribbean, touristy and undiscovered, developed and emerging, accessible and remote.

Here are my top picks, depending on your agenda, based on more than 15 years of scouting in this country and almost eight years living here full time…

The strip of Pacific beach communities from Chame to Playa Blanca is referred to as the “City Beaches,” because of its accessibility from Panama City. These are the beaches you can most easily escape to on a regular basis, and many Panama City residents do, driving out on Friday afternoons and returning Sunday evenings (making for mega-traffic headaches on the Pan-American Highway and crossing the Bridge of the Americas during those times).

The oldest beach community along this stretch is Coronado, about an hour from Panama City. It, along with the adjacent beach town of Gorgona, offers a high-quality beach lifestyle with all amenities and services you could want.

Coronado “town” has developed into a busy commercial center that makes for a turnkey retirement choice, and, indeed, this is the direction this former weekend retreat is evolving… into a full-fledged retirement community with an established population of full-time foreign residents supported by a developed infrastructure, including good medical facilities.

Coronado and Gorgona offer both older houses and newer condos. Some of the newer condo buildings along the beach are good choices for rental investment. 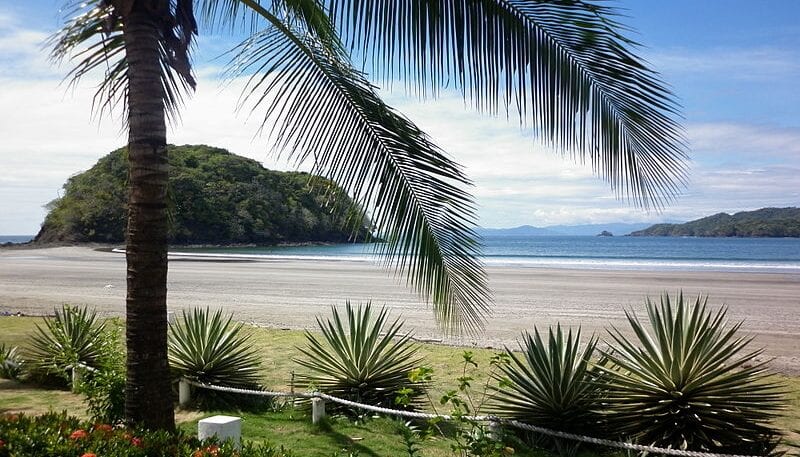 For a developed beach lifestyle choice that is still cheap, you’ve got to travel farther, to the east coast of the Azuero Peninsula, which is, depending who’s behind the wheel, three to four hours’ drive from Panama City.

Your reward for going the distance is a quaint colonial town that is home to some of Panama’s friendliest and most welcoming population and where you can control your cost of living to as little as US$1,300 a month, give or take.

That said, a new mall and movie theater are under construction. We’ll soon have to increase the Entertainment figure for our Las Tablas budget.

Unlike in Coronado, in Las Tablas, the population is predominately local, not expat, meaning that, living here, you’d have to embrace the local Panamanian way of life.

Most of the year, that way of life is slow and easy. Starting today, though, and continuing over the coming two weeks, this town of only 10,000 full-time residents will grow to 10 times that size.

For this weekend is the start of carnaval, and Las Tablas sees the biggest carnaval celebration in all Panama. This week and next, tens of thousands of carnaval-goers will converge on this beach town that could best be described as sleepy the rest of the year. The descending masses bring with them tents, coolers, and the resolve to go as long as possible without sleep so as not to miss a minute of the action.

I’d find the crowds, the noise, and the garbage overwhelming, but, from all accounts I’ve heard over the years, the hundred-thousand or so crowded into the Las Tablas town square seem to revel in the experience. Maybe you try it once? 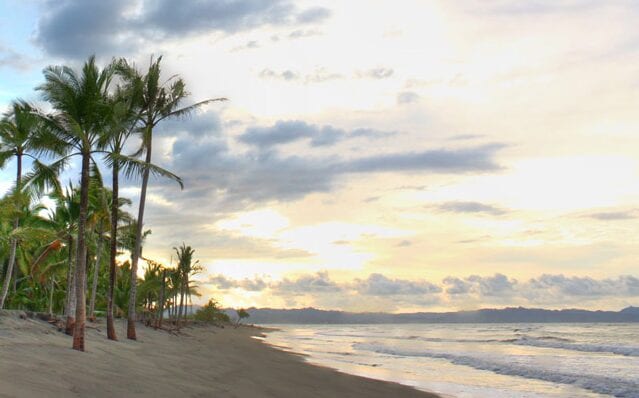 Even farther off the beaten path is Puerto Armuelles, in Chiriquí Province, at the beginning of the Burica Peninsula, 5 miles from the Costa Rican border. From 1927 until 2003, this town was the headquarters of the United Fruit Company (Chiquita Banana).

In its heyday, this was a Gold Coast. That ended when United Fruit sold out to a local cooperative, and the employment opportunities evaporated. Over the years since, the city has suffered gradual decline.

However, it looks like things may be finally turning around for this forgotten and nearly abandoned corner of Panama. Food processing giant Del Monte is in talks with the government about revitalizing this once-mighty banana kingdom. Too soon to say, though, where these may lead.

Meantime, this remains a city in purgatory. Which way will it develop from here? The answer to that question hinges on the outcome of the Del Monte discussions, as well as a long-discussed free-trade zone idea, which has merit, given the fundamentals—the ports, the existing infrastructure, and the growing interest from foreign investors.

Given the chance, I’d take a Puerto Armuelles bet.

The most important feature and the biggest asset for the region is a gift from nature. Puerto Armuelles has two deep-water ports, one standing in decay, the other being used for trans-shipment of oil.

Puerto Armuelles offers very different opportunities, both for lifestyle and for investment, than you find elsewhere in this country. It has been that long since this town’s boom economy crumbled. There is a fading charm about this place with its lovely sea wall, walkway, and beautiful beaches.

Some of the houses of former Chiquita executives have been bought and restored, especially in the area known as Las Palmas. Here you also find private schools, a private swimming pool, and an established expat community. 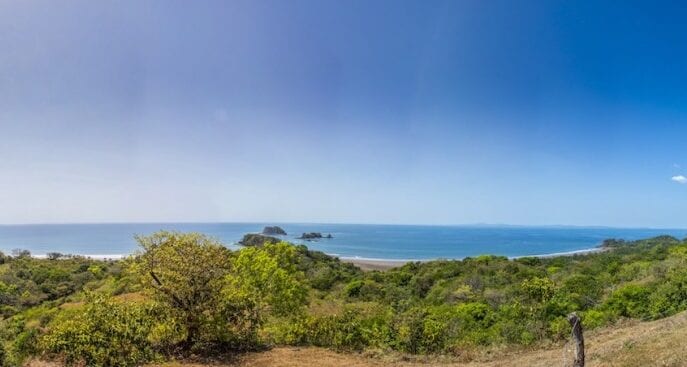 Best beach in Panama today for my money is along the western coast of the Azuero Peninsula. The Pacific coastline here is dramatic and rugged, punctuated by cliffs and coves and backed by lush and rolling hillsides offering long-stretching views of the crashing surf.

This is the beach to seek out if you want elbow room and privacy. The beach road is paved and well-maintained nearly to the bottom of the peninsula. Otherwise, infrastructure is thin… but evolving.

Over the past three-plus decades, beach-lovers from Panama City have pushed their way ever-farther westward along the Pacific coast, from the City Beaches to the east coast of Azuero. The next step in this migration is taking them to Azuero’s westward-facing coast, where a small expat community has taken hold and a handful of low-key, what I call “mom-and-pop” developments are under way.

One much more ambitious development is also in the works, with a plan for creating a community of like-minded folks supported by top-tier amenities and services, including a small town in the Spanish-colonial style.

That project is Los Islotes. Full disclosure: It’s a personal undertaking, the vision of my husband, Lief Simon, and myself.

P.S. Why didn’t I mention beachfront in Bocas, this country’s most recognized Caribbean beach destination? Because I’m personally not a fan, neither as a beach-goer nor as an investor.

The islands and beaches are great, but the town and infrastructure aren’t the same quality as the mainland beach areas.

How Each Region Of Belize Reveals Another Lifestyle Option

Keep Your Money From The IRS With Overseas Real Estate

8938. That is the number of the IRS form you have to fill out to report foreign financial assets. If...

Questions You Must Ask Before Buying A Home Overseas

Find Out How To Buy Real Estate Overseas For Cash Flow

How Each Region Of Belize Reveals Another Lifestyle Option