by Lief Simon
in Real Estate
0

Back In The USA—Just In Time For The Bottom?

I write today from Chicago, Illinois, the U.S. city where I got my start as a global property investor about 19 years ago.

The U.S. real estate market is at a dramatically different point today than when I was living in the Windy City nearly two decades ago. Pundits say that property markets across this country are at the bottoms of their falls. They’ve been paying closer attention than I have, but I’d agree. Right now seems like the time for an investor to be scouting in this part of the world.

I’ll follow that recommendation with another: If you’re not a seasoned real estate investor with experience across a number of different markets, don’t jump in just because everyone else is. Take time to get your bearings.

Don’t think you need to move quick to get in at the absolute bottom. The chances of that are small no matter how fast you move, because an absolute bottom doesn’t stick around very long. When a real estate market starts to turn, it generally turns quickly. Within a few months you can begin to see an increase in prices, but that doesn’t mean that you’ve missed the boat. 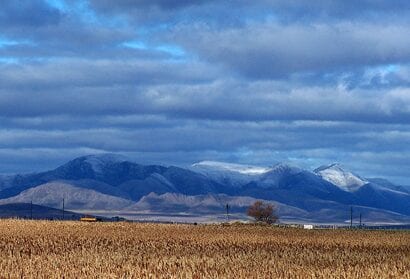 When I bought in Argentina after their financial crisis of 2001, I missed the absolute bottom of the market (which was around July 2002). In fact, I didn’t make my first research trip until October 2002. I bought my first apartment in Buenos Aires in February 2003. It was a new market for me at the time, and I wanted to move carefully.

Prices fell rapidly in B.A. from January 2002 to July 2002, but the upswing was a gentler slope. I probably paid 10% to 15% more in February 2003 than I would have in July 2002, but I was still able to buy at a huge discount to December 2001 prices. Over the next five years, the values of all three apartments I bought shortly after the bottom doubled.

In the United States, you have many different localized markets affected by different aspects of the economy. Miami, Phoenix (where I grew up), and Las Vegas were terribly overbuilt, and I’d say prices in these cities will fall further. Areas affected by high foreclosure rates still have inventory to unload, which will slow any price rises. Mid-sized cities that didn’t see such run-ups in values, though, have already leveled out, and I’d say this is where we’re going to begin to see some appreciation.

And, if you’re an investor with cash or great credit, this is where I’d recommend you shop for investment property assuming (and this would be my overall caveat) you want to hold U.S. assets long-term. As in most all markets right now, I’d focus on rentals with the potential to generate a decent yield.

People have to live somewhere. An investor-friend told me recently about a U.S. foreclosure he’d bought from the bank, a house still occupied by the seller…who is now a tenant paying the new investor-owner a rent high enough to generate an acceptable yield. Plus the seller-tenant has an option to buy the house back in two years.

This isn’t uncommon. Many properties are available with renters in place. This would be an obvious choice for a global real estate investment purchase. Short of this, you want to shop for a rental with strong fundamentals–near to schools, shopping, and where people work. This is how I shopped in Chicago 19 years ago when my eventual purchase was a three-flat building. I lived in one of the three apartments and rented out the other two for enough to enjoy a strong yield during the two-and-a-half years I owned the building before reselling it for 85% more than I’d paid. (Those days are over, but it’s a nice memory.)

Before you head out to your local real estate agent to look for an investment property, do your own due diligence on the areas where you are considering investing. And, again, unless you’ve got experience across a number of markets, I strongly recommend you start out close to home. Don’t let a tip from an agent or a friend send you off too far afield. If you live in Chicago, shop in Chicago…not Phoenix over the Internet. When starting out, buy what you know.

My biggest investment mistake was made on the recommendation of someone I was working with at the time who convinced me to buy in a market I didn’t know before I’d taken time to get to know it. Had I done even a little independent due diligence, I never would have bought what I bought…and it wasn’t long before the mistake was evident. This buy became the biggest loss of my property investing career…and one of the most important lessons learned.

No matter where you’re considering investing, in the United States or abroad, I recommend that you visit the location yourself if you don’t know it well already, walk around, ask around, talk to agents and attorneys, waiters and taxi drivers. It can be a big mistake, as my experience shows, just to show up and buy whatever someone shows you…or, worse, to buy from a distance over the Internet.

Get your real estate investing legs under you in your home town if you can (as I did in Chicago years ago). Then making the step to investing in real estate overseas should be much smoother.

Why Not To Retire To Costa Rica

If you purchase a piece of real estate in another country, should you have the ownership documents issued in your...

Real Estate In The Algarve: Revealing A Rare Find You Can’t Miss

Why You Should Invest In Montenegro, Europe’s Secret Riviera

Why Not To Retire To Costa Rica