How To Vet An Overseas Property Purchase (And Avoid Being Taken!)

by Lief Simon
in How to, Real Estate
0

Due Diligence 101—How To Vet A Foreign Property Purchase

A reader recently asked me for specific recommendations for how to carry out due diligence on real estate investment opportunities abroad.

He knows how to do his due diligence for real estate purchases back home, where he is an active investor, he explained, but he is just getting started diversifying his real estate portfolio overseas and isn’t sure what to look for and what questions to ask when trying to vet potential purchases.

The tools available in the United States and Canada for verifying clean title or comparing prices, for example, aren’t available in most of the rest of the world.

Comps aren’t easy to come by; multiple listing services don’t exist in most markets. You’re left to figure out fair pricing yourself.

There’s no shortcut to this. You have to meet with as many local real estate agents and go to see as many of their listed properties as possible.

One friend who has been buying real estate in Latin American markets for years puts together a new spreadsheet for every location where he’s looking to invest. Into this spreadsheet he enters every relevant property listing he can find, creating his own mini comp list for the area.

It’s no small investment of time and effort, but this investment on the front end pays off in the long run.

Once you’ve gathered as many sample properties and prices as possible (the more the better… a few dozen at a minimum), break each down to the cost per square meter. Put your per-square-meter figures into better context by remembering amenities and services included for properties in condo buildings or gated communities.

Construction pricing is easier to research than pricing for raw land. 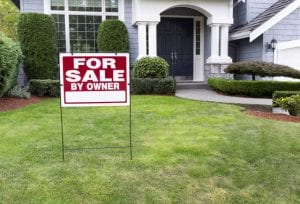 Another friend spent the first year he lived in Costa Rica researching land prices and looking for deals. Eventually he began making purchases, buying at what he thought were “local” prices.

A year later, he was still buying but paying less per hectare… and a year after that (three years after starting his buying spree) he was buying at even lower prices.

It wasn’t that land prices were falling. They were appreciating. It was that my friend was getting closer and closer to the real local market.

Pricing is a key starting point when trying to vet a potential property purchase overseas. If you’re buying into a development, due diligence on the developer is step two.

A local developer with a track record can be easier to vet than a foreign developer, as you can see previous projects and speak with previous buyers. However, don’t let the fact that a local developer has been in business for years lull you into complacency.

Each new undertaking can be a new company with different partners and different financial backing. As they say in the financial services industry, past performance is no guarantee of future results.

If you’re working with a developer new to the market, ask who they are working with locally. If they’re smart, they’ll have a local partner, a local project manager, or some other local connection to help make sure they’re able to navigate local challenges and eccentricities.

After 20 years vetting and investing in property markets around the world, for me, now, it comes down as much to the people behind the project as the particulars of the project itself.

A development here in Panama has been stalled for the past two years because of financing problems. The developer had a commitment from a local bank to fund the construction of the building once he’d met the bank’s pre-construction sales goals. He met the goals, but the bank backed out, leaving the developer and early buyers in the lurch.

The developer could have walked away at that point. This would have left the investors with nothing.

I’ve known many, many developers who’ve found themselves in similar situations over the years. Sticking it out is tough, and, in most cases, most developers do walk away.

But the developer in this case didn’t. He continued to work over the past two years to find a solution. Today, I’m very happy to be able to say, this project is again moving forward, with new financial backers in place.

It’s hard to identify that kind of integrity and stick-to-itiveness in due diligence, but, more often than we may like to think, these are the variables that make the difference between the success and failure of an investment.

In addition to pricing, for any development, you want to research the title for the land (with your attorney’s help) and confirm that all required permits have been received.

As I explained to reader who approached me with this question, it’s important not to make a decision based on information from a single source. Ask your questions of the developer… then ask them again of your attorney… then ask them again of every real estate agent you meet. Compare answers to try to come away with as rounded a perspective as possible.

And remember that, if you ask a question and the answer isn’t what you want to hear, then you have only yourself to blame if you move ahead with the purchase.

I’ve known many examples of this over the years in Mexico, for example, where people fall in love with a piece of oceanfront property only to find out that it is ejido land.

They knew enough to ask the question but then, when faced with a response they didn’t want to hear, they chose to ignore it. This happens with ejido land in Mexico, cooperativo land in Nicaragua, and rights of possession property in Panama. People buy knowing they can’t get title because prices for this kind of “un-ownable” land can be a fraction the cost of comparable titled land.

The price is so low, people sometimes think, that I’ll take the risk that the property could be taken from me at some point.

On the other hand, developers buy ejido and rights of possession land, too, in these markets, and then offer it for sale at titled land prices. Sometimes they even represent ejido or rights of possession property as titled property. You’re counting on your attorney to help you identify when this is the case.

If a title search shows that the property in question is some form of cooperativo land, move on.

The bottom line when vetting property overseas is caveat emptor. The kinds of regulatory safety nets we take for granted in the States don’t exist in the rest of the world.

More Women Are Retiring To Belize From the U.S.

The Opportunity To Live And Invest Overseas Is Yours To Take