by Live And Invest Overseas
in Residency/Citizenship
0

Got A Grandparent? Get A Passport…

Nationality laws aren’t known for their simplicity, but the options for gaining second citizenship can be broken down, big picture, into two categories–active and passive. The active approach requires some action on the part of the recipient–maintaining legal residency, marrying a local, or investing in real estate, for example. 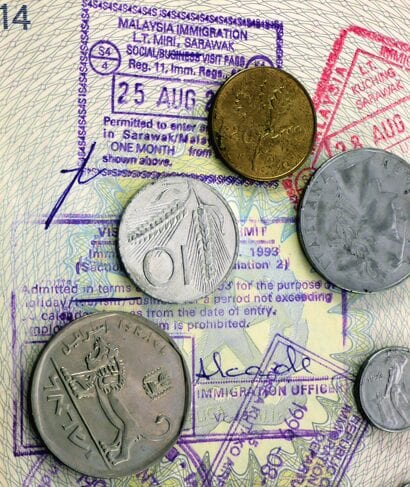 Passive citizenship, on the other hand, is a matter of birthright, either jus soli (right of the soil), jus sanguinis (right of blood), or a combination of the two.

About 16% of the world’s countries, nearly all of them in the Western Hemisphere, grant jus soli citizenship. If a child is born in the territory of one of these countries, say, the United States, Argentina, Mexico, or Canada, boom, he or she is a citizen of that country.

Many countries in the Old World extend jus sanguinis rights deeper into the bloodline, beyond parents. With these programs (usually referred to as citizenship by descent or ancestry programs), grandparents, great grandparents, and, in some cases, the deepest family roots you can dig up can qualify you for citizenship.

Although ancestral citizenship is a birthright, it’s not completely passive, as you must apply and prove the qualifying family ties before citizenship is granted. Nevertheless, for those who qualify, citizenship through ancestry is the easiest, quickest, and cheapest route to a second citizenship and passport.

Among the most interesting ancestry programs on offer are those from European Union-member countries; holding a passport for one of these nations comes with benefits, including the right to live and work in any of the 27 EU-member nations.

Of the EU-member ancestry naturalization programs, Ireland‘s is perhaps the best know.

Planning a trip to Brazil? Americans need a visa; Irish nationals do not. Thinking you’d like to live or work in the EU? Good luck, my fellow American. No problem, though, dear citizen of the Emerald Isle. Interested in traveling in the Middle East? In some countries, your blue passport with the eagle on the cover might be a liability, but your red one with the harp on the front won’t raise anybody’s eyebrows. The luck of the Irish…

For a country of only four million, Ireland’s overseas presence is remarkable. In the United States alone, nearly 35 million souls claim some Irish descent. The worldwide number is estimated around 70 million. Ireland recognizes these far-flung sons and daughters with one of the best ancestral citizenship programs around.

If any of your parents or grandparents were born in Ireland, congratulations, you’re entitled to Irish citizenship by descent and an EU passport. All you have to do is enter your birth into the Register of Foreign Births and apply for a passport.

You may also be eligible through your great-grandparents, but only if your parent became an Irish citizen by descent before your birth. Because of a change in the law, you might still be eligible if your parent wasn’t a citizen but was recorded in the foreign births registry before June 30, 1986, and you were born after July 17, 1956.

To add your birth in the Foreign Births Registry, apply online at www.dfat.ie and send your printed application and the required officially certified copies of supporting documentation to the nearest Irish embassy or consular office, or, if you reside in Ireland, to the Department of Foreign Affairs in Dublin.

Editor’s Note: Today’s essay is excerpted from our just-published “Got A Grandparent? Get A Passport–7 Countries That Offer Citizenship Through Ancestry” report, which is part of our all-new Passport To Freedom: The World’s Top Havens For Residency, Citizenship, And A Second Passport program. Full details about all your options to qualify for and claim residency and even a second passport overseas are here.

Continue Reading: How To Retire To Johor Bahru, Malaysia

As the world continues to push through our pandemic era, working from home has become a fact of life. What...

The Changes To Portugal’s Golden Visa And NHR Program Explained