For the past week, we’ve been making the point that Europe is a more affordable live- or retire-overseas option than it’s been in a long time.

Not everyone is cut out for life in the developing world. If, for you, nowhere else on Earth competes with the lifestyle on offer on the Continent, you need to listen up:

You do not need to come up with a king’s ransom to live happily ever after in this fairy-tale region right now.

If you’ve got dollars to spend in Euroland, you’re rich (relatively speaking).

Your buying advantage is big… but it won’t last forever. We believe we are at the start of a long, slow decline of the dollar versus the euro.

If the life you dream of comes right now with a euro-denominated price tag, you should be thinking about closing on the deal.

Buy the pied-à-terre of your dreams taking advantage of today’s Dollar Discount, and you lock in your housing cost at the current exchange rate.

I see this as a brilliant approach even if you’re not planning or ready to retire for some years to come. Rent your euro-home out until you’re ready to take up residence yourself.

Here are five markets where this is a particularly appealing Continental-retirement strategy:

“Marais” literally means “marsh,” and that is what this Parisian neighborhood was a thousand years ago. Before the area was drained to become a fertile marshland, it was a swamp. Narrow cobblestoned streets, exposed stone walls, and beamed buildings with slanting rooflines are still common sights, testaments to the district’s medieval history.

As early as the 13th century, the Marais began to serve as the heart of Paris’ Jewish population. Today, the Marais is one of Paris’ most trendy and desirable neighborhoods and the hub of the city’s gay community. The Marais is also home to loads of restaurants, cafés, and boutiques, many of which stay open on Sundays, unusual in France.

Despite this modernization, the Marais retains much of the medieval character that was bulldozed in the 19th and 20th centuries to make way for bigger and better structures in other parts of the City of Light—though, thankfully, not its medieval smell. The most prevalent aromas these days emanate from the numerous boulangeries and pâtisseries.

To live in the Marais is to live in the heart—geographic, cultural, historical, architectural, and social—of this city that is considered by many to be the ground zero of refined Western culture. The neighborhood has an excess of historical sites and museums, including the Place des Vosges (the home of Victor Hugo), the Pompidou Center, the Picasso Museum, and the Carnavalet Museum. Within a 20-minute walk are Notre-Dame, Sainte-Chapelle, La Conciergerie, the Panthéon, and the Louvre.

For retirement in the heart of Paris, it doesn’t get better than this.

Walt Disney is said to have been inspired by its towers, turrets, and ramparts, and you can understand why when the sun rises up over the medieval city of Carcassonne in southeast France. It’s easy, too, to imagine a knight galloping up the cobbled streets and dashing through the portcullis to save his princess.

Carcassonne, at the heart of Cathar country, was first recorded in pre-Roman times. For centuries, it was an important fortification with views up and down the Aude valley. Today, the city of Carcassonne, capital of the Aude department in the Occitanie region of France, has two parts to entice full- or part-time residents and retirees—the medieval Cité (a UNESCO World Heritage Site) up on a plateau on the right bank of the river Aude… and the Bastide Saint-Louis below the Cité on the left bank. Though the medieval Cité is where most tourists head, the Bastide is where the majority of residents live.

The whole area has much to offer tourists and residents alike. Within the Cité are the medieval castle, St. Nazarius Basilica, boutiques, artists’ workshops, and Michelin-starred restaurants. Life in the Bastide is centered on the Place Carnot (where a produce market is held three times a week), with its pretty fountain, street-side cafés, and restaurants.

Just 10 minutes’ drive from the city center is an 18-hole golf course and a park with freshwater swimming, hiking, and areas for picnics. Within an hour of Carcassonne are the sandy beaches of the Mediterranean, and 90 minutes away is skiing in the Pyrenees.

We’ve been writing often lately of Portugal’s Algarve region, which we have named for three years running as the world’s top retirement haven.

Located at the Continent’s westernmost tip and boasting 100 miles of Atlantic coastline, the Algarve could be Europe’s most famous secret. This region boasts Europe’s best beaches, Europe’s best golf courses, some of Europe’s friendliest folk, and Western Europe’s lowest cost of living.

European retirees have recognized all that the Algarve has to offer for a long time, and this sunny coastal region is the chosen destination for more than 100,000 of them.

Beyond Europe, however, the Algarve is largely ignored as a retirement haven.

Even if your budget is unlimited, life on Portugal’s coast can be as good as life gets. 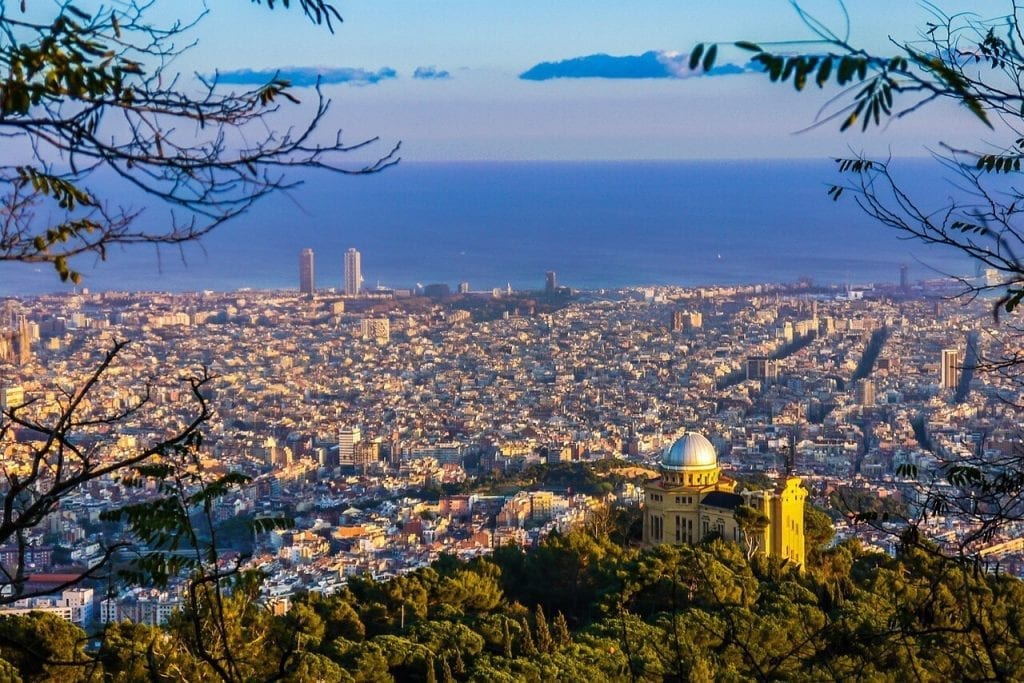 Despite being Spain’s second-biggest city, Barcelona is easy to explore, thanks to its compact, well-laid-out design. When you begin looking around, you realize that this city has a great deal to offer, from fantastic art and architecture (pre-Roman to Modernista), to theaters, restaurants, and shopping. All the stuff of all the world’s best cities is here, plus you have easy access to the beautiful Costa Brava to the north and the Costa Dorada to the south.

Barcelona is the economic, cultural, and administrative capital of Catalonia, situated in the northeast of Spain on the shores of the Mediterranean Sea. The city covers a small area but has a large population; it’s 100 square kms with about 1.6 million people in the city center and another 4 million in the suburbs.

Barcelona has a great energy, which continues today despite Spain’s ongoing economic woes. Each neighborhood has its own community spirit, and most even have their own fiestas.

More than 150 nationalities live in Barcelona, a reflection of the Catalan people’s open and receptive character that foreigners find so attractive. This is a vibrant, colorful, proud, interesting place where the passion of the Spanish combines with the efficiency and organization of the Catalans.

The 1992 Olympic Games had a tremendous positive impact on Barcelona’s infrastructure, which today includes an inexpensive five-line metro, an airport just outside the city center, plentiful buses, which typically run until 4 a.m., and a well-planned bicycle-rental scheme, all of which make the city easier than ever to get around.

It’s hard to think of a lovelier corner of Italy than Abruzzo. The beaches are golden, and the sea rolls out like a giant bolt of turquoise silk. There are mountains, too, meaning that, living here, you’d have both skiing and beachcombing on your doorstep, depending on the season.

This region is one of Italy’s secret treasures. No overcrowding, no heavy industry, only castles, vineyards, and villages made of stone. Life in Abruzzo hasn’t changed much over the years, and exploring here is like wandering into a gentler, kinder yesterday, a time with little or no crime and neighbors who watch out for one another.

Old ladies in pinafores bring their chairs outside and sit in gossipy groups, stringing onions into plaits. Instead of playing computer games, young boys are outside playing soccer. Families shop at open-air markets, not hypermarkets, and if they don’t produce their own wine, they buy it from local vineyards.

Relatively unknown to foreign visitors, sparsely populated Abruzzo is where central Italy merges into the languid realms of the deep south. Even though many parts of the area are only an hour’s drive from Rome, it clings onto its secret feel.

The main town in the region, Pescara, has one of the best city beaches in Europe and not far away is some of the best skiing outside of the Alps. In spring, it’s possible to combine a morning on the Apennine ski slopes with an afternoon at the beach.

Food is important in Abruzzo, as it is everywhere in Italy. In most trattorie, everything is home-cooked and just like nonna(grandmother) used to make. On the coast, dishes feature fish; inland, the cuisine becomes heartier, based on roast kid, baby lamb, and wild boar.

Why We Decided To Stop Living In France And Return Home

A Self-Sufficient Life In The Italian Countryside Of Abruzzo

A Self-Sufficient Life In The Italian Countryside Of Abruzzo