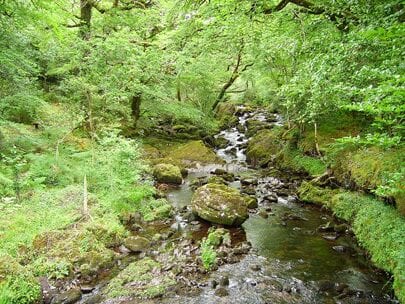 On Nov. 14, I received the following e-mail of panic from a reader:

“Kathleen, my husband and I attended your Scottsdale conference in May of this year, and we subscribed to your ’52 Days’ program. We did all of our research, and yet we’re being told, now that we are in Ireland, that we very likely will not be allowed to stay beyond our 90-day tourist visa, which expires on Dec. 20.

“Last summer, before coming over here, we contacted an attorney in Waterford, whom you recommended to us. She said she’d be happy to help us apply for residency if we would contact her upon arrival, which we did, in late September. She e-mailed us to say that she couldn’t help us. We contacted another attorney, and, she, too, wrote back to say that she couldn’t help us.

We spoke by phone with an attorney in Boyle (near where we’re living), and he offered to meet with us next Monday, but he warned us that he didn’t think our chances were good. He said that unless there is a medical reason why we can’t leave by Dec. 20 (at the end of our 90 days), it would be highly unlikely that we would be allowed to stay.

“We are finding many other roadblocks, too, to do with car insurance and driving.

“We are writing to you as a last resort to ask if you have any suggestions for us. We came over here lock, stock, and barrel, and we rented out our house in North Carolina. Now we have to figure out how to move ourselves and all of our belongings back by Dec. 20, unless you or someone else can give us advice that will put us on the right path to retire to Ireland.

“By the way, we are fully self-supporting, and our savings, real property, and investments currently equal well in excess of what we understand Ireland is looking for. We are in excellent health, and we did the FBI background check, fingerprinting, etc., and brought all of the documentation with us. We don’t understand why or when the rules changed in Ireland, but apparently something has changed, big-time.

“We would appreciate any advice, contacts, etc., that you might be able to provide, as we are six weeks away from becoming homeless.”

Lief and I remembered the couple from our Retire Overseas Conference in Scottsdale. Lief responded to their plea for help:

“Have you contacted immigration directly yet? If not, call them right away. You’ll need to go to the garda station that is in charge of immigration for the county you are in. You can read more about this here.

“You should be able to go down to the garda station with your documentation and leave with a temporary one-year residency stamp.

“As a retired person of independent means, you should be able to qualify for residency. I’m not sure why the attorneys are saying you can’t, but bypass them and speak directly with the immigration officer for your area.

“I’ll try to do some more research from here, but start with registering with immigration at the appropriate garda station.”

In the two months since this exchange, we have thought of this couple often. Finally, this morning, we heard from them again:

“Kathleen and Lief, we are writing to let you know that we got in touch with the local immigration office at our local Boyle garda station as you recommended, and, finally, we got to meet with him. For weeks, he missed appointments we’d scheduled and refused to return our daily phone calls. We finally asked the garda in Carrick-on-Shannon for help. They couldn’t process our residency paperwork because we lived in a different county, but the woman we spoke to in the Carrick station was, shall we say, less than pleased when we told her what was going on. Three hours after speaking with her, we received a phone call from the Boyle officer, who gave us an appointment that he actually kept!

“So we finally got ourselves registered on Nov. 29. We were granted a three-month extension of our tourist stamps, to the end of February 2013, and instructed to send specific documents to the Department of Justice in Dublin, which we did immediately. We’ve heard nothing back from Dublin, so we’ve sent follow-up emails and letters to light a fire under their tails. We’re certain we will hear back, and we expect a positive response, as we more than qualify for long-term residency, based on our financial means, good health, health insurance, good references, clear background checks, credit histories, etc.–in other words, in just about every way that they might possibly scrutinize us. We’ll send you a follow-up when the dust settles and let you know how everything turned out.

“Meantime, our landlady up north, in County Roscommon, announced in mid-November that she’d decided to sell the 200-year-old stone cottage we were renting, and it turned out to be a wonderful thing for us. We’d just discovered that (1) the internet service up there was woefully inadequate, causing me to have to shut down my online medical transcription work; (2) Ireland does, indeed, have winters (dreadful ones in the northwest); and (3) it’s impossible to heat a 200-year-old stone cottage (we had papers blowing off the kitchen table when all the doors and windows were closed).

“All of these factors drove us to explore the south, and, when we hit Glengarriff, at the head of Bantry Bay in the southwest, it was love at first sight. We never looked back. Well, that’s not true. We had to go back up north to get our things! We arrived in Glengarriff in mid-December, and we’re still pinching ourselves every morning when we wake up: Do we really live here?! Glengarriff is a stunningly beautiful, delightfully charming coastal town on a harbor off the head of Bantry Bay (10 miles north of the town of Bantry), and it has its own unique, subtropical micro-climate. We have 30 species of bamboo, palm trees, tropical plants, and lush greenery everywhere. We can walk from our property into Glengarriff Woods Nature Reserve, parts of which are genuine rainforest because the canopy is so thick and parts of which are ancient oak forest. This area is one of the few places in Ireland that’s still forested.

“Our house is lovely. It was built 15 years ago in a clearing in the woods adjacent to the Nature Reserve, with a river flowing briskly by on its way to the sea. It’s a three-bedroom, two-bath bungalow, with big windows (lots of light), a sliding glass door in the dining area looking out over the river, and trees everywhere. It’s fully furnished (even linens and kitchenware!), with a real washer and dryer. They were asking 650 euro, and we talked them down to 570 euro. There’s a small shed on the property, and we’ve been given the green light to convert it to a ceramics studio. Best of all, we love our landlady and her family; they’ve become great friends in the four weeks we’ve lived here. We’ve made a ton of friends here, both Irish and expat (more from England than from the United States).

“We don’t see or hear traffic, and yet a five-minute walk delivers us to the door of any of a number of delightful pubs where we’re treated to live, traditional Irish music at least once a week. In the summer that will be nightly.

“Glengarriff is small (800 year-round residents), but it has all the necessities and a lot of extras: truly fine restaurants, pubs, gift shops, pharmacy, grocery, post office, and garda (we’re lucky, as Ireland is removing a lot of garda stations, but not ours). There’s also a hardware store and a place to buy firewood, turf, and coal. Fires here are more for the charm factor than for the heat; we have 16 hours of darkness this time of year, and everyone enjoys their evening fires.

“We’re running around in sweaters, while up in the northwest, where we lived for more than two months, we had nothing but grey skies, relentless winds, either rain or sleet every day, and, beginning in late October, freezing temperatures.

“As you can tell, we’re very happy with our move. Glengarriff is everything we could have hoped for and infinitely more. If it was good enough for Maureen O’Hara, it’s good enough for us! Sadly, we just missed meeting her. She moved to the United States in November to live with her relatives. She is well into her 90s, but, until last November, she would regularly hold court at the Park Hotel, which is owned by our landlady.

“Well, I’ve taken up too much of your time. I’ll stop here, but I will definitely let you know when we hear from Dublin. My letter of last week included a gentle reminder that we have dozens of friends and relatives poised and waiting to make travel plans to visit us in Ireland–if, indeed, we are going to be allowed to live here!

“You’d think that, with our financial situation, with our good health, our music and art (we both play Irish music on different instruments, and Graham’s a ceramics artist, which Ireland professes to have a great appreciation for), and our enthusiasm for all things Irish, well, they’d roll out the red carpet for us, with their economy in the tank and their own population dwindling. Tens of thousands of younger people are leaving annually now for Canada and Australia in pursuit of jobs.

“But for retirees like us? Life here is just grand. Thank you so much for your help last November when we were nearly ready to give up.”

Live And Invest In Panama Conference

Top 10 Cities With The Worst Commute

Top 10 Cities With The Worst Commute