Best Places to Retire Abroad In 2013

Fiscal cliffs and tax hikes…lost home equity and the rising cost of health care…in the face of it all, how are you ever going to be able to afford to retire?

You’ve got the answer to that question in front of you right now.

Economies collapse and then recover…values–of real estate, of stocks–fall and then rise again…financial meltdowns come and go…

When the living becomes intolerably difficult in one place…move to another! I’m not being flippant. I’m giving you the secret to realizing the retirement of your dreams. 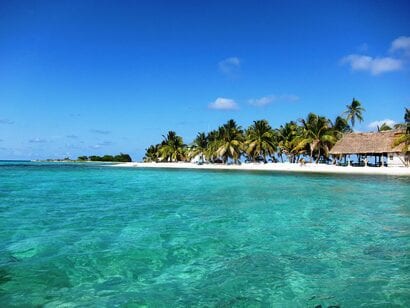 The first move is the hardest, I understand. You need options, and you need help. We’re here to deliver both. Let’s start with this: The situation is far less desperate than you may fear. You do not have to resign yourself to reducing your standard of living during this important phase of your life. You do not have to plan for two or three decades of scraping by and making do.

But you’ve already figured this out, I think. By signing on as a reader of these dispatches you’ve opened your mind to the possibilities. You’ve allowed yourself to begin to think outside the box and beyond your own borders. As you read this, because you’re reading this, you are launching a new phase of your life…maybe the best one yet.

Where will your explorations and considerations lead you? You’ll have to figure that out for yourself, but, in these virtual dispatches each day, we’ll introduce you to the top possibilities worldwide…and then we’ll lead you, step by step, your hand in ours, from wherever you are now to where you’d like to be.

As we stand today on the eve of a new year, where should you be focusing your thinking and your search? I made recommendations yesterday for some of the world’s top options for 2013, including Panama, France, Belize, Ecuador, and Thailand…and I’ll share more top picks for this New Year later on this week.

I realize, though, and I want to make sure you realize, too, that you aren’t going to retire to Panama or Belize, to France or Thailand…and not to any other country either. You’re going to retire to a neighborhood or a community, a region or a seaside town in whichever country you identify as your personal Shangri-la. Once you get serious about re-launching your life overseas, you realize that you’ve got to thin slice your options. You can’t think about retiring to “Ecuador” anymore than you could think about retiring to the “United States.”

What would that mean, to retire to the United States? What would the weather, the cost of living, the cultural distractions, or the scene outside your bedroom window be in the US of A? No way to answer that question, right? You could determine what the weather would be like in Scottsdale, Arizona…the cost of groceries for a couple of retirees in San Diego, California…or the view from your poolside patio in Naples, Florida…but you couldn’t possibly answer those questions for the United States as a whole. Anymore than you could determine those particulars for any other country as a whole.

That’s why our editorial mandate for choosing the best place to retire abroad in 2013 is all about thin-slicing. With this in mind, some introductions are in order.

I’ve been moving around the world with the focused agenda of identifying its best opportunities for living better and retiring well for coming up on three decades (yikes). I know a little not only about this beat, but also about this world of ours in this context. But I know some places better than others, and, I understand, I can’t know everywhere well. That’s where my far-flung, ever-on-the-move, and ever-expanding network of correspondents comes in. With the help of these savvy souls, this New Year, we’re going to bring you more boots-on-the-ground, real-world, real-time, firsthand, and very thin-sliced glimpses of the world’s top live, retire, and invest overseas havens.

If you’ve been reading for anytime, you probably know these folks already. Still, New Year’s Eve is a time for reviewing and regrouping, so I’d like to take this chance to present:

In addition, in these dispatches and the other publications we offer, you’ll also hear from Phil Hahn and Ann Kuffner in Belize; Mike Cobb in Nicaragua; Lynn Mulvihill in Ireland; Rich Holman in Colombia; Mike Sager in Ecuador; Steve Rosburg in Argentina; and Federico Fischer in Uruguay.

On behalf of the whole bunch of us, please accept my wishes for a healthy, happy, prosperous, adventure-filled 2013. May this year be the year that your live, retire, and invest overseas dreams all come true.

Where To Invest Overseas In 2013

After living abroad part-time in Guanajuato, Mexico, for 15 years, I've noticed that, for many expats, the relationship of living...

Where To Invest Overseas In 2013