by Lief Simon
in Retirement/Living
0

One of the presenters at last week’s Live and Invest in Ecuador Conference spoke about bribery and corruption in that country, citing statistics from a relevant local study. I don’t remember the specific stats, but something close to 80% of the people surveyed had at some time been asked either directly or indirectly for a bribe when dealing with an Ecuadorean government official. The survey didn’t stipulate what kind of official–could have been anything from a police officer to a clerk in a government office or a minister. 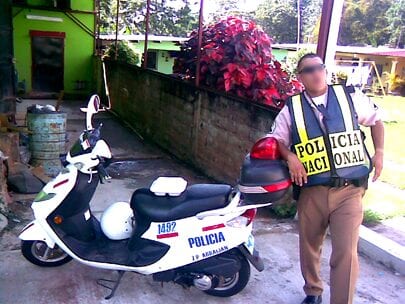 Paying and still not getting what you’re after would be frustrating. What recourse would you have? You couldn’t go to the guy’s boss and complain, saying, in effect, “I paid this guy to do something for me that he shouldn’t have done…and he didn’t do it.”

Most retirees living in a foreign country won’t ever encounter a direct request for a bribe. The exception might be a request from a traffic cop about to issue you a citation, for example. Otherwise, unless you are doing business in a country, you are, again, very unlikely to have to grapple with this issue.

What if you do, though? What if you find yourself in a situation where someone is asking you for a few dollars (or more) to grease the wheels? You have to weigh the pluses and the minuses of paying and your own tolerance for the idea in general. Me? My position is: Don’t pay. Ever.

Others look at a bribe to a traffic cop as an expedition fee…pay the mordita (or “little bite”), as it’s called, and you won’t have to deal with the speeding ticket, say. As I said, it’s up to you to make the call. My advice would be that, if you’re open to the idea of paying a bribe, know in advance how much is appropriate, situation to situation.

In Panama, gringos generally overpay for traffic stops. They get nervous when they hear that the ticket will be US$65 and hand over a US$20 bill when five bucks will usually do. That said, the government here in Panama has been cracking down on police corruption. It still exists, for sure, but you may not be given the option of buying your way out of a ticket. More and more, traffic cops are simply writing out the citations.

A couple of years ago, when the anti-corruption push started, I was pulled over on the Pan-American highway driving back to Panama City, and the cop started writing the ticket practically before I got out of the car. He apologized as he handed it to me, saying, in Spanish, that he had no choice.

I’d never thought about it before that day, but it struck me then that ticket-writing quotas for cops must have started as an anti-corruption strategy. If you weren’t writing tickets, you must have been taking bribes. Of course, in the United States today, ticket quotas are simply a revenue stream for municipalities in need of cash.

What about bribes related to conducting international business? Again, my recommendation is: Don’t do it. Besides the fact that it’s illegal, paying a bribe marks you as a payer. “Pay once, and you pay forever,” as a business associate in Nicaragua puts it.

Thinking more pragmatically, you also need to remember, as the survey in Ecuador highlighted, paying the bribe is no guarantee that you’ll get what you want anyway.

In all my years of living, traveling, investing, and doing business all over the world, I’ve never paid a bribe. I’ve been pulled over by traffic cops maybe a dozen times in a bunch of different countries. I follow a simple strategy. When a cop pulls me over, I smile. I greet him politely. I try to appear a bit ignorant but not arrogant. Even if I speak the local language, I wait to determine the demeanor of the cop before letting him know I speak the local language.

When I was pulled over in Montenegro a few years ago, I rattled off a few options to the police officer through the window of the car–Parlez vous Francais? No. Sprechen sie Deutch? No. Habla Espanol? No. Finally, he suggested, “Italiano?” I said, sure, we can muddle through in Italian (though I don’t speak it).

I got out and went to the back of the car where he and his partner tried to explain to me that I had been speeding. Writing with their fingers in the dust on the back windshield, they managed to convey that I had been doing 80 KPH in a 50-KPH zone.

Then they indicated in the dust how much the ticket would be (€125). I continued to smile and nod. Okay, okay, I told them over and over, pleasantly. Finally, they gave up, looked in the car at my family, and asked, “Vacacione” in some mix of English, Italian, and Serbian. I nodded yes…and they sent me on my way suggesting that I slow down. Easier to move on to the next victim, I guess they figured.

That strategy has worked all over the world.

I know others, though, who don’t want to waste time with that kind of chit-chat. They get pulled over, they get out of their car, and they hand the cop their driver’s license and passport with a US$5 bill stuck inside. The officer “inspects” their documents and sends them on their way. For them, the US$5 is an expediting fee.

And I’ve never heard of someone giving a cop 5 bucks and still getting a ticket.

P.S. I have only once been asked for a bribe outright. It was a police officer in Panama. He and a partner were working as a team with one clocking the radar and the other signaling for people to pull over. They were making a production line out of it. When the cop got to me, he stated flat out, in Spanish, “You can pay me or you can pay the ticket.” I told him to write the ticket and was on my way within a few minutes.

How To Retire To Johor Bahru, Malaysia