Take Your Medicare With You Overseas? Maybe…If These Folks Have Anything To Say About It

As you likely already realize, if you’re an American living, retiring, or traveling overseas, your Medicare doesn’t travel with you. Currently the United States prohibits Medicare from paying for medical services for retirees outside the country and its territories. The nearly half-million retired Americans living overseas and the millions more who travel extensively abroad must either go without care until they return to the United States or pay out-of-pocket for the care they need. We see this as a fundamentally unfair situation for retired Americans who have paid into Medicare their entire working lives. This restriction on Medicare coverage is also unfair to American taxpayers because it ignores the potentially huge cost savings to Medicare offered by lower-cost healthcare options abroad. 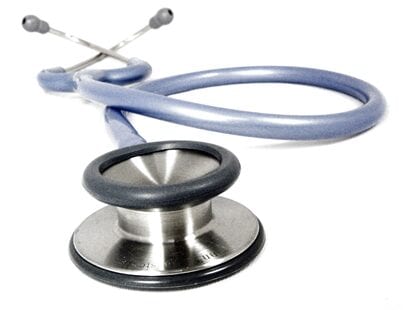 The time has come to make Medicare portable and to give ordinary retired Americans the same benefits enjoyed by Americans working abroad for U.S. companies, active and retired military personnel, retired civil servants, and even members of Congress.

There are currently about 50 million Americans receiving Medicare benefits. In less than a generation, that number will increase to 80 million.

As policy-makers grapple with this financial crisis, most believe that more of the cost of healthcare will be shifted onto Medicare beneficiaries in a mix of higher deductibles, co-pays, and reduced benefits. While allowing seniors to receive Medicare coverage abroad is not a cure-all to this fiscal crisis, the potential savings could be significant. Healthcare costs for a procedure overseas can be less than 50% than the cost of the exact same procedure performed in the United States, saving both Medicare and the retiree.

For example, if a Medicare beneficiary could get a hip replacement performed in Costa Rica, Panama, or Israel, for example, by a highly trained (often U.S.-trained) surgeon at an internationally accredited hospital for half of the cost of the same procedure at a U.S. hospital, the Medicare system would realize significant savings.

Current law actually creates a disincentive for Americans seeking a lower cost of living (and lower healthcare costs) abroad. Medicare-eligible Americans living abroad, even part-time, must continue to pay their Medicare premiums but either forego healthcare while abroad or pay out of pocket for it. If they pay out of pocket, they are in effect paying twice for healthcare coverage. If they do not continue their Medicare premium payments, they are penalized upon their return to the United States and enrollment or re-enrollment in Medicare.

This disincentive may also be causing unnecessary costs to Medicare and poorer health outcomes for some Americans. Because of the double cost, retired Americans often choose to forego healthcare while abroad, even skipping routine doctor visits, until their condition has festered into one requiring extensive and costly treatment. Then they return to the United States to receive Medicare coverage.

In 2011, I helped found the non-partisan Center for Medicare Portability (CMP) based in Washington, D.C. Our mission is to allow retired Americans who simply wish to pursue their dreams or seek a lower cost of living overseas to have access to the Medicare benefits they have paid for throughout their lives.

International healthcare coverage for American retirees is not new. In fact, it’s fairly common. The federal government already provides healthcare coverage abroad for retired military and their families, retired federal employees, and some veterans, even some Medicare beneficiaries.

CMP hopes that Congress will see that, just as globalization has reduced costs of everything from textiles to televisions, even legal and accounting services, the global healthcare market offers part of the solution to the Medicare spending crisis.

For instance, mechanisms that incentivize the private insurance market to assume the administration of Medicare services and payments abroad are very promising. For example, Medicare would see significant savings per enrollee in a private Medicare Advantage plan with payments benchmarked to the cost of care in the country of residence instead of the comparatively high U.S. benchmarks.

While we believe that both Republicans and Democrats in Congress will understand the merits of Medicare portability, successful legislation requires solid supporting data. Accordingly, CMP soon will commission a study by a large university to gather data and model budget savings.

CMP is confident that the time is right for new ideas about Medicare and that Medicare portability is one such critically important new idea.

Continue Reading: Live And Invest In Ireland Conference In July 2013

After living abroad part-time in Guanajuato, Mexico, for 15 years, I've noticed that, for many expats, the relationship of living...