Cost Of Living in Retirement Overseas

The Single Biggest Cost Of Living Factor For The Retiree Overseas 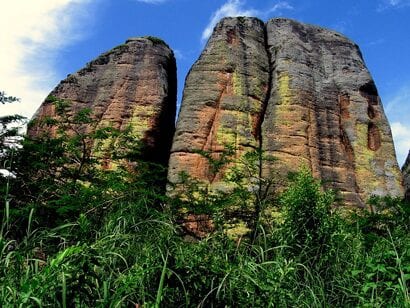 What’s the world’s most expensive country? Some surveys say Angola.

A few years ago, high-cost Liberia and Chad topped the lists.

Angola? Who would want to move to Angola?

Well, that’s the point. Foreigners who move to Angola tend to be diplomats and NGO people, petroleum engineers, executives, and others from deep-pocket embassies and big oil companies.

So Angola, and Liberia and Chad, no dummies, can set their exchange rates high to coax more dollars out of their deep-pocket customers.

In other words, it’s not so much that Angola’s expensive, but that Angola’s kwanza is expensive. Foreigners have to cough up a great deal of hard currency to buy those dear kwanza.

Welcome to the world of exchange rates. The exchange rate in your chosen country amounts to the single biggest factor in your cost of living. And this is true for retirees overseas as well as everybody else.

Here’s what you can do about it.

First, note that some countries where you might want to retire overseas, such as Panama and Ecuador, use the U.S. dollar as their currency. End of story. You can just forget about exchange rates.

Other countries, including Mexico and China, tie their currencies more or less to the U.S. dollar. Unless those countries break that tie, exchange rates should stay fairly constant.

Finally, nearly all countries intervene in currency markets to stabilize their currencies. Only a few currencies–the euro, yen, British pound, Swiss franc, and a few others–trade freely against the U.S. dollar. And even in those cases the European Central Bank or the Bank of England or the Fed intervenes every now and again. All that intervention means that, in most cases, exchange rates stay fairly stable.

Currency swings can go both ways, for you or against you. In Argentina, for example, the free-market peso, sometimes called the blue peso, has fallen from about 4 to about 8 in the past year. That means that, for your $100, you get a whopping 800 pesos versus only 400 pesos before. High inflation has eaten up some of that gain. But if you’re a retiree living in Argentina, your cost of living has fallen sharply.

So how can you protect yourself? Or, better considered, because currencies can go up or down, how can you insulate yourself? In my experience, most expats and retirees overseas adopt one of two strategies.

Sure, you may face a higher cost of living if the exchange rate moves against you. Then again, the exchange rate could move your way. By doing nothing, you take your chances. This can be fine as long as you have a little flexibility in your budget–say 10% or so. In that case, you should be all right.

And, if things get too dear, you could move to a cheaper country.

In other words, this strategy depends on flexibility, not only of your budget, but of your approach to life. As long as you’re open to the idea of making another move to a newer, cheaper country should that become the necessity, no problem.

The second strategy has to do not with remaining flexible in the face of currency fluctuations, but insulating yourself against them.

After a while, though (or, even, if you don’t have a high tolerance for risk, from the start), you may decide that you prefer to stay put. In this case, depending on the situation in your host country, you may want to stockpile the local currency (as, again, a means of insulating yourself against the risk of the currency moving against you). Take Thailand, for example, or China or Malaysia. Those countries have revalued their currencies and look set to keep doing so. As a result, the expat retiree’s cost of living has risen and keeps rising.

Many expats have prudently opened local bank accounts, made local investments in real estate or stocks or bonds, or otherwise made sure they have substantial amounts of local currency on hand. They’ve insulated themselves against currency changes.

I say “depending on the situation in your host country,” because you may believe that the local currency will decline. In Argentina, for example, virtually everyone there foresaw the collapse of the peso. I’d guess very, very few expats had a pile of pesos on hand when the devaluation hit. On the other hand, 10 or so years ago, expats in New Zealand and Australia who were smart enough to buy the local dollars made out big time. Those local dollars rose sharply over the past decade.

Continue Reading: Best Places In Latin America To Retire As A Nudist

Mystery Over Thousands Of Dead Prawns In Chile

"What are we doing?" Lief asked me the other morning as we were dressing for the day, rushed, hurried, confirming...

We’ve Found These Are The Downsides To Living In Portugal