Retire in Ecuador & Reinvent Your Life

An Ideal Place To Weather The Storm 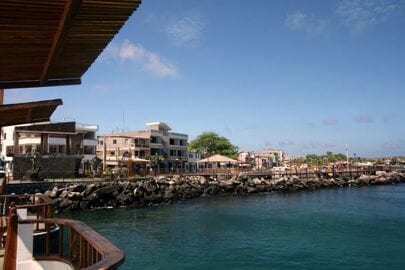 “I’ve had many careers in my life,” explained American expat Mike Sager to the crowd here in Quito yesterday morning.

“At one point, I was a mail carrier. I was maybe 35-years-old at the time, but I had a lot of mail carrier friends who were older, near retirement age. One day, one of those guys, just a few months away from retiring, told me that he had gotten a part-time job. He was going to start working as a clerk in a local shop.

“‘Why did you do that?’ I asked him. I couldn’t understand why he’d take on a new job. He had been so looking forward to his retirement.

“The guy explained that his pension from the U.S. Postal Service wasn’t enough for him to live on. He needed to supplement it.

“That was a turning point for me,” Mike continued. “I realized at that moment that I needed to make a big change in my life. Bottom line, I needed to take control of my life. I had no interest in going to work at Wal-Mart during my ‘retirement.’ This realization launched my long search for what to do instead…for a Plan B. Eventually that search led me here to Ecuador.

“Back in the States, I might be retired. I’ve reached that age. But now, after more than eight years living in Ecuador, I can’t imagine that.

“I chose Ecuador because I perceived it as a land of opportunity, and there’s no question, for me, that’s what it has been. Rather than winding down and worrying about making ends meet in the States, I’ve completely reinvented my life so that I’m starting anew. I’ve lived all over this country. I’ve met a woman and fallen in love. I’ve started a new family…and a new business.

“I’m still an American, and I still love my country. But I’m very worried about what’s going on back there right now, and I believe things are going to get worse. I’m not a doomsayer, but I’d say it’s not completely out of the realm of possibility that things could go really wrong, in the States, even globally. That we could be faced with real disaster.

“If that were to happen…if disaster were to strike…I can’t imagine a better place to be. Ecuador isn’t reliant on the power grid the way that much of today’s world is.

“When the electricity goes out in New York, for example, the city comes to a screeching halt. Well, Ecuador is already at a screeching halt. That’s the status-quo here. If the power went out, life would continue as usual, as it has for centuries.

“If supply lines disappeared in the United States, what would you do to get the things you need to live, to survive? Here, supply lines are so basic. Fishermen load up their horse-drawn carts and deliver their fish to the markets. That kind of supply line can continue no matter what happens anywhere else in the world.

“I can’t imagine a better place to ride out that kind of storm.”

The 10 Countries With The Highest Tax Rates

Ask Yourself These Questions Before You Move To Belize

My wife and I have been full-time expats living in Northern Belize, maybe the least-known part of this country, for...

The 2 Biggest Concerns Retirees Have Before Living Overseas