Travel And Retire To Kiev, Ukraine

The One Thing You Need To Know About Kiev, Ukraine

“The people here are noteworthy.

“My friend Ivan and I arrived in Kyiv on Sunday, May 1, on the overnight train from Odessa. May 1 is May Day, which most of the Western world (except the United States and Canada) celebrates as Labor Day. I expected empty streets. I expected the locals would stay at home, drink beer, enjoy backyard barbecues, and maybe watch a soccer game. Whatever.

“But none of that. The downtown streets filled with locals going to churches, museums, art galleries, and concerts. We saw Ukrainians/Russians waiting in line to enter a noted 11th-century monastery. At the war museum, Ivan and I had to stand aside while locals finished reading the exhibits. We saw such a long line to enter Saint Sofia, Kyiv’s most important church that we decided to wait for another time. 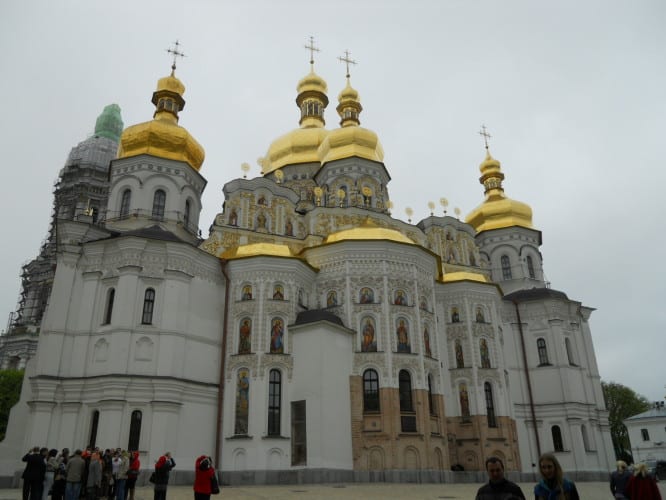 “Ivan and I heard little English spoken and saw little English written. We saw no other foreigners except perhaps Russian tourists, although we have little clue as to how many. Everyone seemed to be from Kyiv or Ukraine’s interior. I’ve traveled to over 90 countries, and I’ve never seen people more passionate about their monuments and museums.

“Ivan teaches European history in Scandinavia. I asked him what was going on.

“‘The greatest musicians, dancers, painters, architects, you name it, they’re all from here,’ he explained. ‘These people take their culture very seriously. Everyone wants to take part, not just the greats.’

“Kyiv even has a museum dedicated to the war in Afghanistan–that is, the Russian war that began in 1979. That Afghan war pretty much finished off the Soviet Union, which included Ukraine. But no matter. Here we celebrate defeats as well as victories. We want to know what happened, and why, and how we might prevent future slaughters.

“This region has a very long history of upheaval, twists, outrage, tragedy, loss, catastrophe, and sorrow. Again, I asked Ivan if the past might explain why Ukrainians show such interest in it.

“‘Absolutely,’ he said. ‘That’s true throughout the Slavic world, from Poland to the Caucasus, from Russia to Ukraine. These people have lived through a lot. They want their own take on what happened.’

“I respect those who enjoy culture. So I put Kyiv way up on the list.

“Osama bin Laden’s death was announced here on a Monday around 7 a.m. I picked up the news on the Internet around 8 a.m., when I got up. I later informed the two women who work the front desk at our hotel. They understood immediately, in spite of the language snag. As I left the desk, they dove for their smart phones, perhaps to read the news in Russian. They know, they understand, they want details. 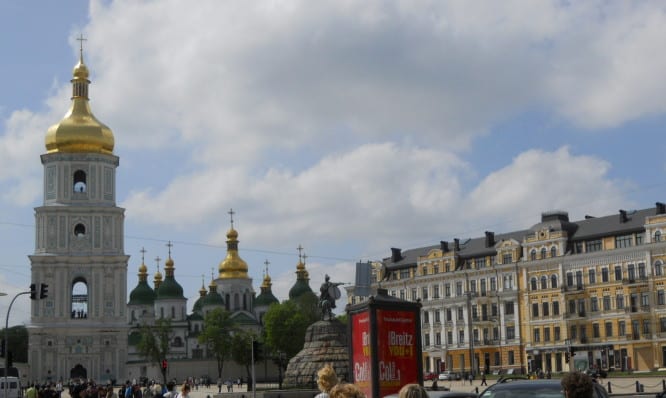 “These Ukrainians impress me in other ways, too. Platform passengers taking the subway stand aside and wait for arriving passengers to disembark. Young people on the subways promptly offer their seats to the old, infirmed, pregnant, and those with small children. These young people even offered their seats to me in a distressing number of cases. It seems like yesterday I was the kid in the seat.

“Chemical toilets are placed near the main tourist sites.

“People toss their litter in trash cans, rather on the street. The trash cans get emptied regularly.

“Store, churches, museums, and so on post their opening hours in large letters on their doors.

“You may have seen some of these things in some places some of the time. Ivan and I have seen them rarely. So what’s going on here? I doubt they’re obeying rules. Rather, I think they’re acting out of common sense, out of a desire to accommodate, inform, simplify, and avoid frustration. So uplifting. My kind of people.

Live, Retire, And Travel To Odessa

Expat And Retirement Living In Paris and Panama

Expat And Retirement Living In Paris and Panama