Want to get better quality on your Google Voice calls over the internet? Try a VPN.

VPN stands for virtual private network. VPNs come in two versions, free and pay. We’ll talk more about VPNs in a minute, but, first, how about those phone calls?

Services like Skype, Google Voice, Magic Jack, and Yahoo! Messenger allow us to use computers, smartphones, or tablets to make calls from overseas. If we call another computer, we can call free; if we call fixed-line or dumb phones, we pay a bit, often as little as a few cents a minute. Retire overseas and you’ll use one of these services, sometimes every day.

Up until now the main problem with Google Voice and the others has been lousy quality, or, rather, variable quality. Sometimes you get a good connection and a high-quality call, other times not.

Besides the freebie, readers tell me they’ve noticed consistently better quality with the VPN. I began to wonder why the better quality, so I asked an expert.

Apparently the answer has to do with packet shaping, where internet handlers prioritize traffic based on the type of data they’re moving.

Packet shapers dislike phone calls and streaming data, so they tend to slow them down. Slower means lousy quality on your phone call. But a VPN disguises the nature of the packet, which means your data (your call) goes through faster. Faster means better.

I’m fuzzy on the details, but readers report better phone calls with VPNs, especially on Google Voice. I’d guess you’ll get improved results on Skype, Magic Jack, and the others, too. I also tested streaming video of a network news program from the United States. Without the VPN, the video stops every few seconds with my slow connection. With the VPN turned on, the entire program comes in normally.

So What Are Virtual Private Networks?

VPNs amount to private connections within the larger internet. They showed up many years ago to enable more secure browsing. Connect in an airport, for example, or a Starbucks or your hotel, and other computers may be looking over your electronic shoulder. A VPN shuts them out, hiding your internet identity and traffic, including passwords, bank accounts, e-mail, and social media. 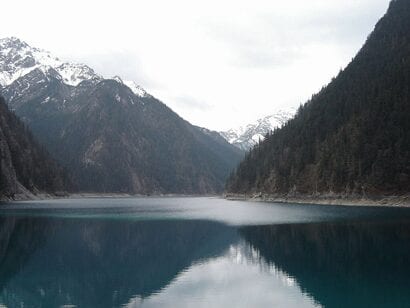 VPNs also enable us to get around local censors, in China, Iran, Vietnam, and other countries. Remember your VPN can connect to a server anywhere in the world. So, for example, if you’re in remote, southwestern China, Chinese censors will block a great deal of what you want to do, often including photos, videos, maps, Facebook, Twitter, the Wall Street Journal, tourist information, and more. But your VPN can connect via Los Angeles, instead of the local Chinese server. From Los Angeles (or New York or Houston) you can access anything out there.

Naturally Chinese and other censors know about VPNs and sometimes block them. Then again, VPN providers work hard to come up with ways around the blocks.

Note you may want to connect via another country in other cases, too.

For example, during the London Olympics last year, internet users in London got special access to streaming video of the Games. If you tried to connect from the United States or Panama, you were blocked. But with a VPN you were able to change to a London server and enjoy the same access as those in the neighborhood.

I mentioned that VPNs come in free and pay versions. Do a search for “free VPN” and you’ll find several providers. In my experience, free VPNs tend to be geeky and hard to set up. In my case, I spent hours, even days, trying to get a freebie to work. Once up and running I found my free VPN often failed to connect. Once connected, it seemed to slow down my traffic. Perhaps free VPNs for expats have improved by now, and you may have better luck.

VPNs offer secure connections at public WiFi hotspots, hide your identity, bypass censors, and enable you to connect with servers around the world. And, oh, yes, VPNs seem to give you better quality Google Voice calls and streaming video. Choose one and give it a try.