13 Of The World’s Most Unusual Hotels

by Live And Invest Overseas
in Lifestyle, Travel
0 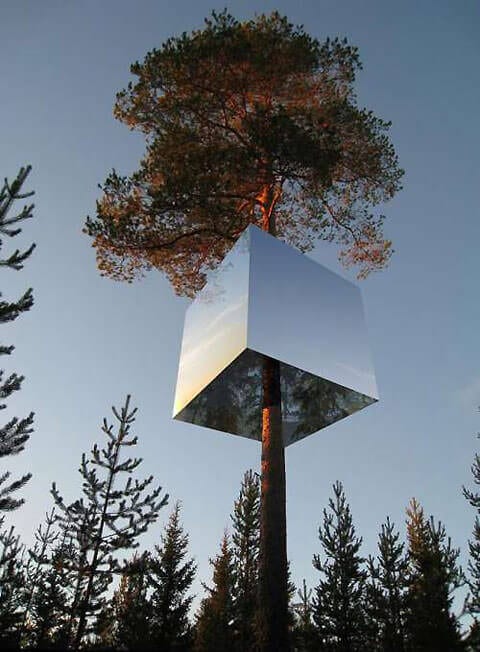 Located in the pine forest around Harads, Sweden, are six unique tree-rooms. More are planned to open in the near future. Treehouses include the glass capsule-like Cabin, the life-like Bird’s Nest, the mind-blowing reflective Mirrorcube and the UFO, which reminds guests of the final scene in E.T. There’s also a Tree Sauna. 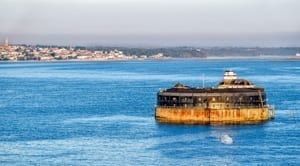 No Man’s Fort is a Victorian-era fort which was originally built between 1867 and 1880 to protect Portsmouth from an attack from Napoleon III. But now it is a luxury hotel, with 22 bedrooms, a lighthouse penthouse suite, nightclub, hot tub, and Laser Quest arena.

3. Under A Waterfall In Chile 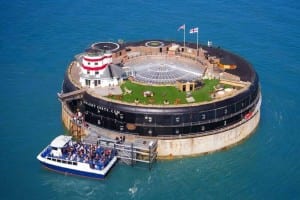 The Magic Mountain Hotel is in the Hulio Hulio reserve, which covers 60,000 hectares of Valdivian forest, and has natural hot springs, unexplored lakes, and direct access to the Mocho Choshuenco volcano. Accommodation ranges from rooms in the main lodge, which has a waterfall cascading from the pinnacle of the roof, to secluded forest lodges. 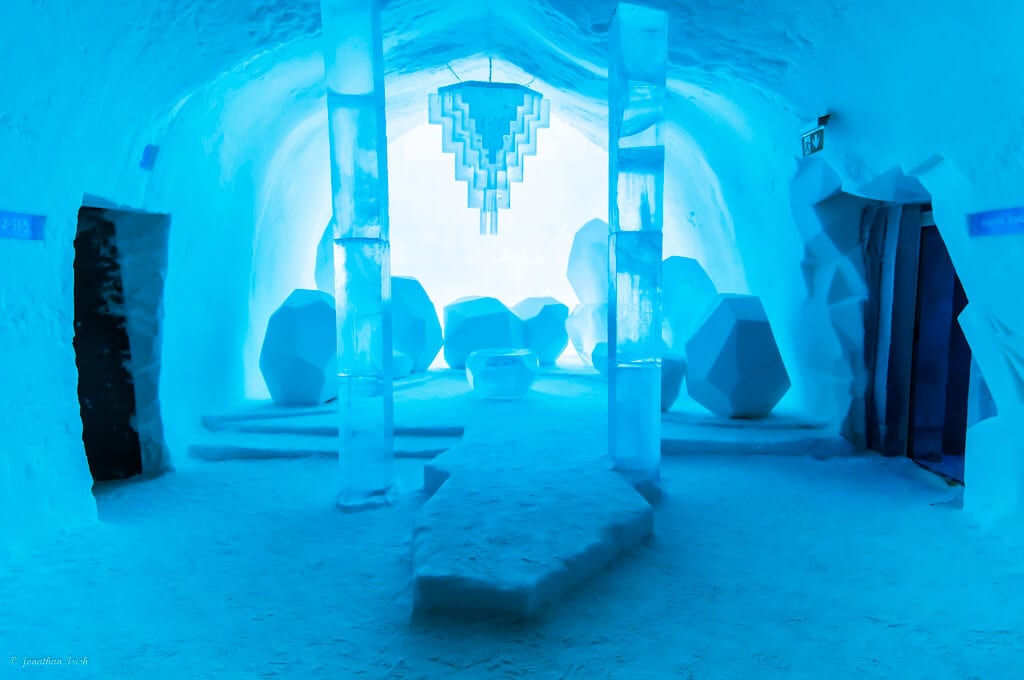 Twenty years ago the world’s first ice-hotel opened in Jukkasjärvi, Sweden. Every November, ice from the frozen Torne River is fused with snow, called “snice” which is used to remake the hotel. One of the most unique features of this hotel is that it is different every year. Artists from around the world submit drawings hoping to be chosen to build one of these exclusive, one-off suites.

5. Luxury On The Water In China 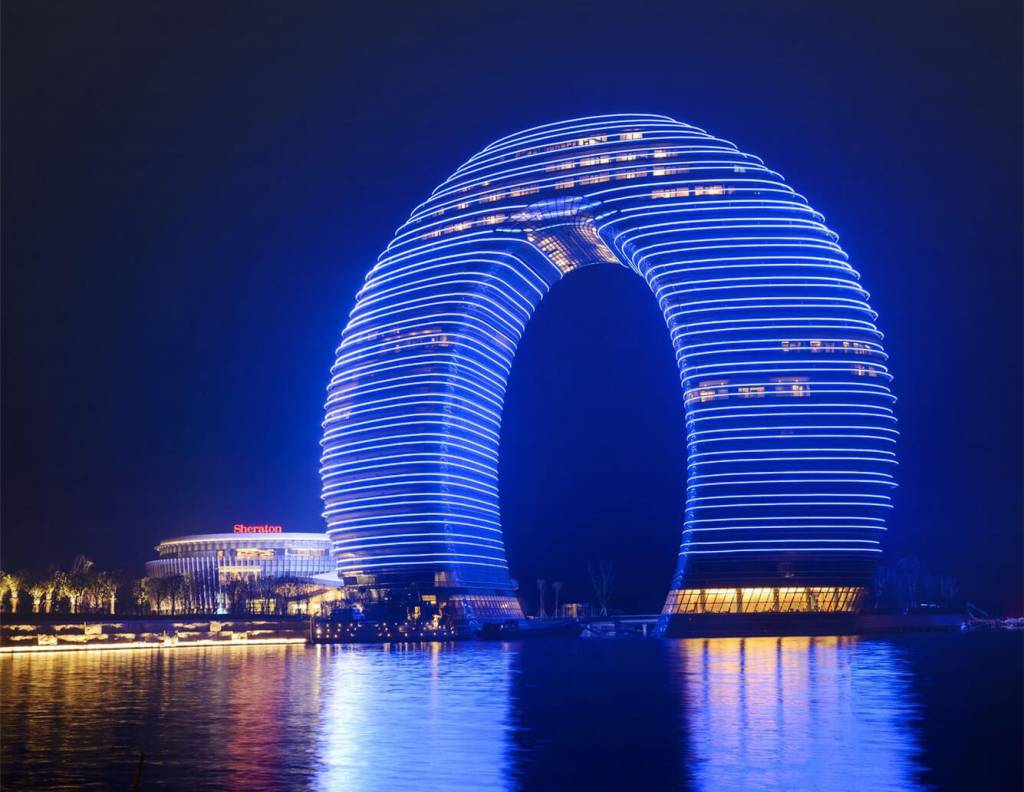 Nicknamed the “donut hotel,” the Sheraton Huzhou Hot Springs Resort is on the Taihu Lake between Nanjing and Shanghai. The 27 floors above water, and two below (to create a complete oval) feature luxury trimmings, including a lobby paved with white jade from Afghanistan and tiger’s eye stone from Brazil.

6. All The Excitement Of The Arena In Mexico 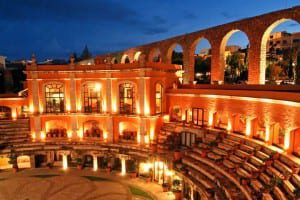 Built around the restored 19th-century San Pedro bullfighting ring, the Quinta Real Zacatecas is now a luxury hotel. The last bull run was in 1975. The hotel’s restaurant now looks over the old arena, while the brick-walled bar is located where the bull pens used to be.

7. When All You Need Is A Bed In Switzerland.. 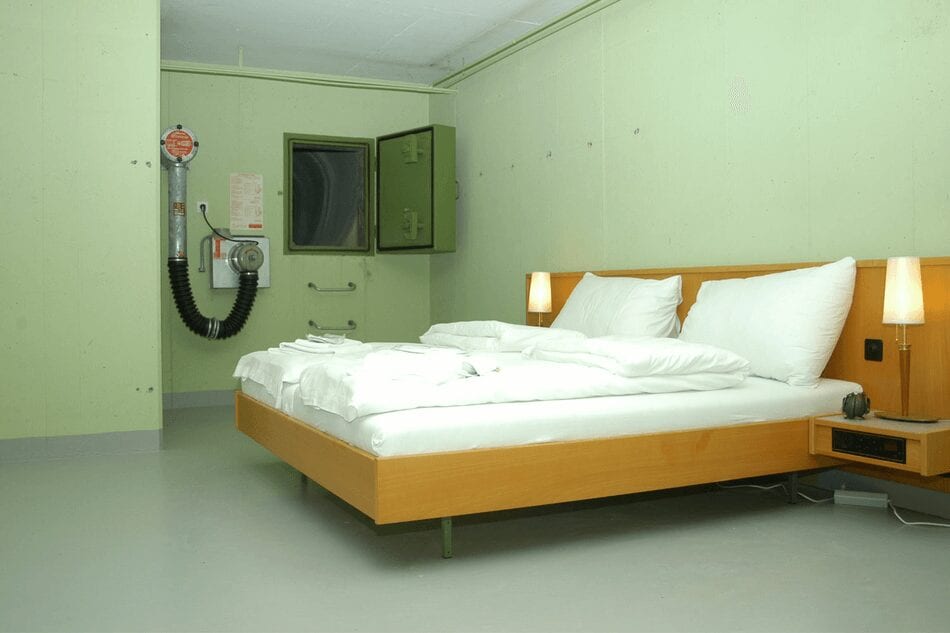 Touted as the world’s first “zero-star hotel,” the Null Stern Hotel is in a converted underground nuclear bunker in the town of St Gallen. As expected, it’s basic, but there is (ironically) an on-site butler who can bring you your morning coffee. Their motto is “the only star is you.”

8. A Taste Of Dutch History 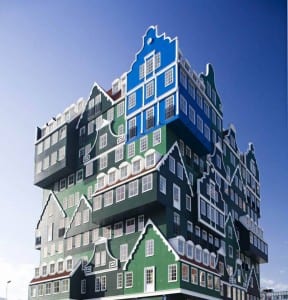 The façade of this Amsterdam hotel is made up of nearly 70 stacked houses, from laborers’ cottages to town houses, which are typical of the area. Rooms are inspired by local history and there’s also a spa with a pool, Turkish steam bath, and Finnish sauna. 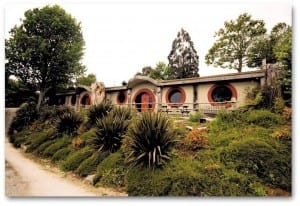 Put aside your preconceptions of the boring motel. These “Lord of The Rings”-inspired rooms are suitable for the most discerning of hobbits. Just two hours from Auckland and two minutes from the Waitomo Caves.

10. Stay On The Plane In Costa Rica 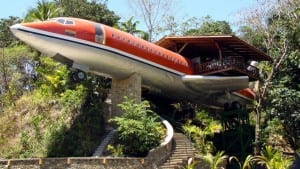 The Costa Verde team have transported and refurbished a 1965 vintage Boeing 727 airframe to create a fantastic, two-bed suite. The structure is set out on a concrete plinth that juts 50 feet into the jungle canopy, and furnishings are hand-carved teak. The rear bedroom also has a handcrafted deck atop the wing.

11. Dangle Over The Italian Alps 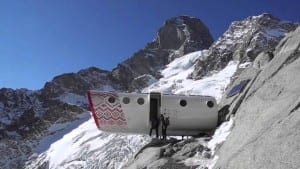 Named after the Turin-born Alpine climber, the Bivacco Gervassutti capsule balances precariously on the edge of Mont Blanc. It’s inaccessible to most: only those who climb the Val Ferret will be able to experience the capsule. It sleeps 12.

12. Crazy About Nature In Vietnam 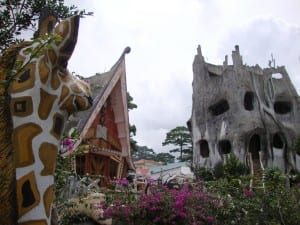 Popularly known as “Crazy House,” this fairytale-like building in Hang Nga, Da Lat is Gaudi-esque in its form. The building’s overall design is meant to resemble a tree and each room is animal themed.

13. Wine Under The Stars In Argentina 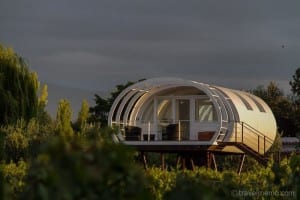 In Mendoza, in a vineyard at the foothill of the Andes, is modern, Swiss-run wellness hotel Entre Cielos. The Vineyard Loft is a cocoon on stilts above the vines. There’s a bathtub on the terrace and a window in the roof that offers excellent views of the huge starry sky.

One of Panama's greatest attractions is its long Pacific coastline... Onto which crash some of the world's best surfing waves....