What Countries are in the Schengen Zone?

All About The Schengen Zone

The Schengen Zone refers to a large area consisting of 26 European countries which have chosen to eliminate any internal borders between each other’s countries. This area consists of the majority of the countries in the EU, with the exception of Ireland and countries that will soon be part of Cyprus, Croatia, Bulgaria, and Romania.

22 of these countries fully implemented the Schengen acquis, which is a set of rules and regulations that make the Schengen zone possible to exist. While these treaties serve to abolish any borders between the member countries, they also strengthen external borders.

The original treaty was signed by five countries, France, Germany, Belgium, Luxembourg, and the Netherlands in 1985 in the village of Schengen in Luxembourg which the treaty was named after.

In June of 1990 the members of the Schengen Agreement made a bid to strengthen and bind the implementation of the treaty they’d signed. It was here that they decided to push forward with the plan to abolish the internal border controls and implement a Schengen visa system.

Which countries are a part of the agreement?

With so much freedom to travel between the countries, this creates a world of opportunity for anyone who is a citizen of one of these countries.

What are the Best Countries in the Schengen Zone to Retire to?

The Schengen zone is one of the reasons that an EU passport is so coveted. It gives people a lot of freedom to travel, to work, and to study abroad. So, people often wonder what the best countries in this zone to retire to are.

Let’s go over our top five recommendations for where you should live in the Schengen zone.

France is the very definition of high-quality living… in France you can find the best of everything, from the most romantic city in the world to some of the best culinary delights you will ever get the pleasure to experience.

Life in France, even in Paris doesn’t have to be super expensive. In fact, it can be very affordable. Outside of Paris, there is the much sought-after life on the French countryside, where you can enjoy a relaxed way of life.

Italy is easily one of the most culture rich countries in Europe. Filled with charming old towns and beautiful countryside, Italy can cater to anyone who has a desire for the Old-World lifestyle.

You don’t even need to spend your time in big cities like Rome to be able to find a lot of things to hold your interest, and on top of that, it is cheaper than living in the US. Italy also offers citizenship through ancestry, meaning that if you can prove you are of qualifying Italian descent, you can get dual citizenship and your Italian passport without much hassle. 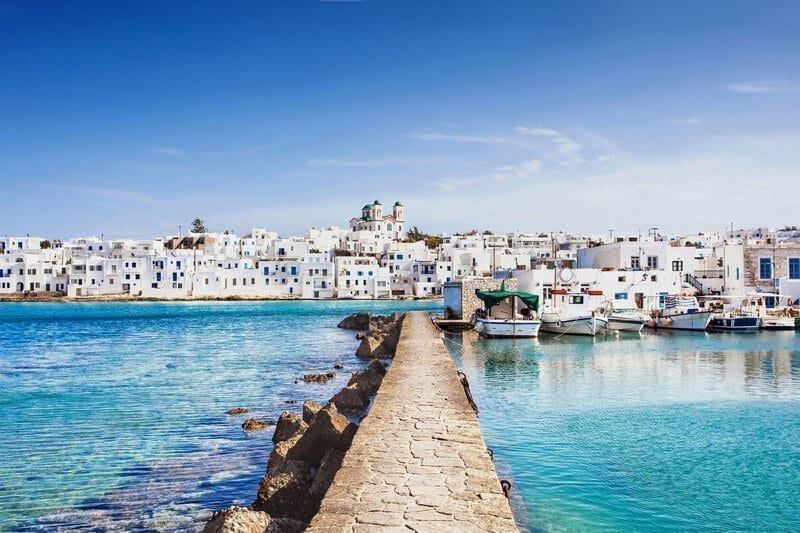 This beautiful Mediterranean country offers a high-standard of living. And what’s more, Greece hosts the most affordable golden visa in Europe, and the most advantageous.

The Greeks are some of the friendliest and most hospitable people you will ever have the pleasure to encounter, they’re welcoming to foreigners and very polite. Greece is also the home of beautiful, ancient art, architecture and historical places to explore. And when you get tired of exploring ancient ruins there are plenty of beaches to be found, and the cities have an exciting night-life.

Also located on the Mediterranean, Portugal, until the mid-90’s, was not a very well-known travel destination and attracted few visitors. But this small island has become a top-destination for travelers and expats alike.

Don’t let the small size of Portugal fool you, this place packs quite a punch. With no shortage of white-sand beaches and golf courses there is always plenty to do. The cost of living is low, especially in the Algarve, and Portugal currently ranks as the 3rd safest country in the world. A retiree looking for a new safe haven cannot go wrong with Portugal.

Spain offers a relaxed, laid-back lifestyle that is hard to match. The cost of living is affordable and there is a lot to do in Spain. Everything from watching soccer games, playing golf, visiting ancient historical sites, trying out delicious foods and wines, mountain climbing, skiing, relaxing at the beach and much more.

The quality of life in Spain is great as well, there is great food, climate and plenty of outdoor activities. It’s no surprise the Spaniards have one of the longest life expectancies in the world. The highest in Europe and second worldwide, outmatched only by Japan.

Gaining citizenship in any of the countries in the Schengen zone offers great benefits, the ease of travel throughout the EU gives you all sorts of opportunities, including work, unrestricted travel, and most importantly it saves a lot of precious time that you could spend enjoying your life while enjoying the pleasure of traveling to new destinations with no hassle. When searching for your new home overseas, any of the countries in the Schengen area is definitely worth consideration.

I’m retired and a diehard fan of the café-living lifestyle that thrives in my adopted hometown of Tavira. Situated in...

5 Undiscovered Places To Retire In Europe