Europe: Life In The Old World

Europe is the western peninsula of the Eurasia supercontinent. It is bordered by the Artic Ocean to the north, the Atlantic Ocean to the west, and the Mediterranean, Black, and Caspian seas to the south. This region is considered the birthplace of Western Civilization.

Europe has a “Westernized culture,” as we sometimes call it, one that is similar in many ways to that of North America’s. The infrastructure is built to a standard that we tend to find familiar; the climates are comparable. Even the history lessons taught in North America intertwine inevitably with those of Europe, so the past seems like a familiar thing here, too.

That said, there are countless ways in which you’ll be challenged by the culture… and the culture shock is all the more shocking for the very reason that it seemed familiar.

Throughout most of Europe (outside the uber-efficient Northern European countries), much of the population still practices siesta hours, opening in the morning and in the evening but staying closed most of the afternoon? Punctuality is a suggestion, not a rule, throughout most of Europe (again, excluding northern countries), which can really irritate the average North American.

Even the most cosmopolitan of capitals here in Europe will feel provincial in many ways to the typical North American city mouse. Businesses close on Sundays and for lunch hours—which may indeed be plural, shops close by 7 p.m. at the latest in most cases, and customer service, when it exists, can be laughable.

And let’s not forget the practical side of living on a continent whose cities were, in most cases, built centuries ago. Cobblestones are quaint until you’ve been walking on them for hours… small streets are cute until you have to try to drive on them.

Old buildings are full of character… and maybe also lead. Elevators can be rare in older residential buildings, and if you’re lucky enough to have one it probably won’t fit more than two people. And the buildings are tiny, at least relative to what you’re probably used to. Unless you’re moving from Manhattan, you’re likely going to have some issues adjusting to the smaller sizes of apartments, bedrooms, even cabinets and closets.

All of this, for many, is the charm of Europe. For others, it could be a nightmare.

If you come to Europe with expectations of a turn-key move, you’ll only be disappointed. Prepare yourself now for the fact that a move to Europe will likely be more of an adjustment than you’re anticipating.

Best Places To Live In Europe 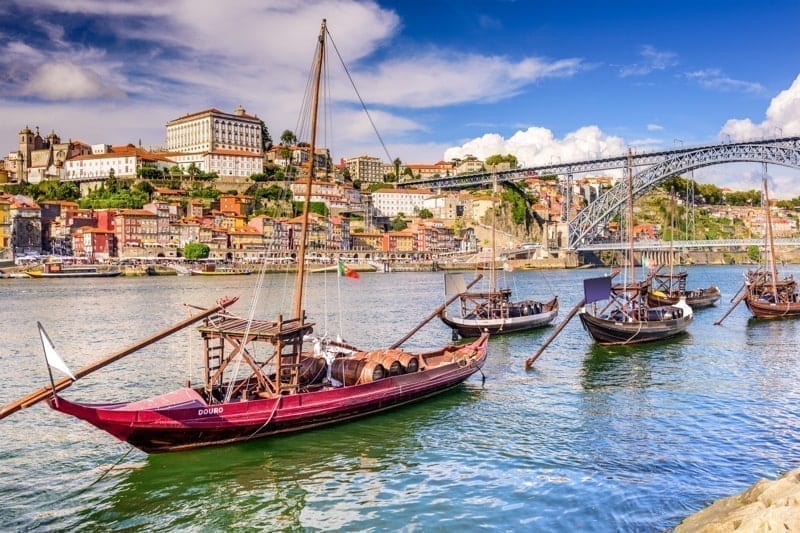 A mild, almost Mediterranean climate, with more than 300 days of sunshine a year… a beautiful coastline with over 150 sandy beaches… one of the safest countries in the world… friendly locals, good cuisine, fine local wines… and a low cost of living with easy residency options…

The local people are gentle, kind, and welcoming. They live life at their own pace, reflecting eras long passed in other countries. They are polite, reserved, proud of their culture and heritage, and always willing to help. Portugal is also home to many foreign retirees, entrepreneurs, and families all looking for a gentler way of life in the sun.

This southern region of Portugal enjoys one of the best climates in Europe, with maximum temperatures varying between 20°C and 38°C (68°F and 100°F), and long days of sunshine. There are beautiful beaches with soft golden sand and sparkling waters, limestone caves and grottoes only reachable by boat, and tiny inlets with fishermen stood precariously on the edges of cliffs, fishing for their dinner…

It’s not all beaches though. For nature lovers there is the protected nature reserve, Ria Formosa, which is over 170 square kms (27 square miles) in size and home to hundreds of different birds.

This part of Portugal is now very well known, and as a whole, it’s no longer the budget destination it once was.

But Tavira in Eastern Algarve is one corner that still holds authenticity in both culture and cost of living. It has everything we love the Algarve for, fantastic beaches, near-perfect weather, traditional atmosphere, and a low cost of living. 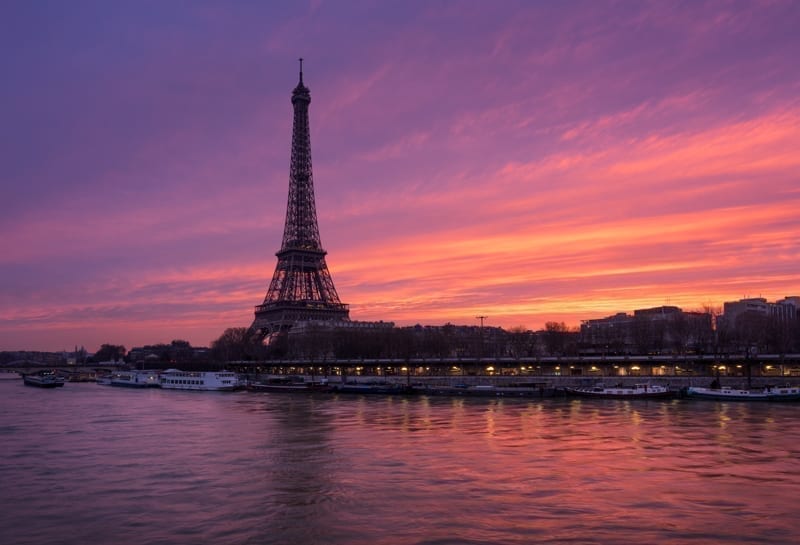 American romantics have idolized this city for 100 years and more. Hemingway, Stein, and so many others did their part to immortalize Paris, to put it on the map for Americans, so that even those who’d never been out of their hometown knew something of this exotic city. The history, the art, the food, the fashion, the wine, the architecture, the language, the romance… the je ne sais quoi.

An artists’ Eden in the 19th century, Paris was a high-flying, free-for-all, anything-goes paradise for creativity, attracting writers, intellectuals, businessmen, diplomats, and many more on top of the painters, sculptors, and architects that were thronging in to make their mark on the city. And each of these heavyweights immortalized the city as they saw it.

In many ways, these descriptions remain the same… The je ne sais quoi that’s so famous endures.

The romance, then… that can be left to your own imagination; trust us, if you’ve read just one book or seen one movie set in Paris, your own mind will do the city every justice.

And for most, Paris doesn’t disappoint… with hundreds of museums and galleries, one of the liveliest café cultures and some of the most revered cuisine in the world, space to lounge in parks and on riversides… plus a superb and affordable public transportation system and other modern amenities, including topnotch health care, this Grand Dame of cities does seem to have it all. 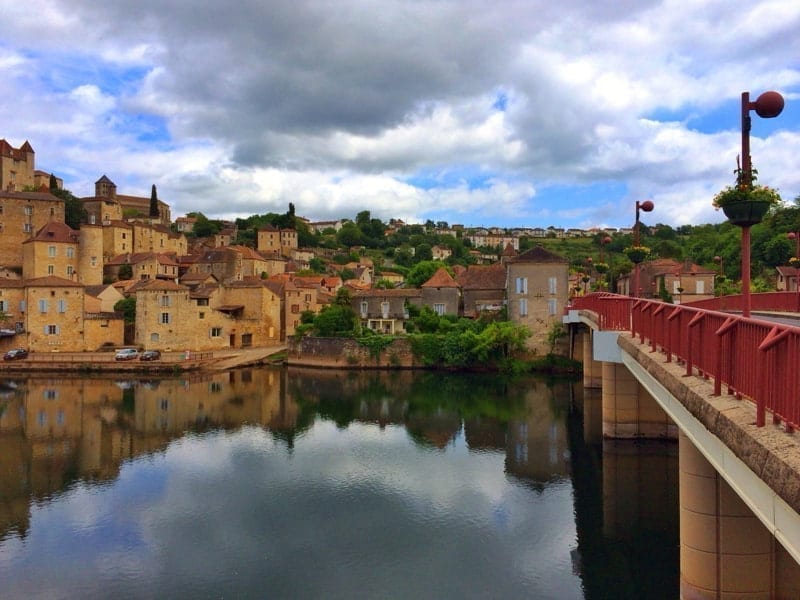 France arguably offers some of the world’s most sought-after lifestyles, but many of them are expensive. We’ve often called the Occitanie region “the other South of France”… the affordable side of it, and this may be the region’s biggest selling point.

Here you can enjoy the rustic lifestyle of the French countryside, but do it more affordably here than you could in the more well-known parts of the south. This region of the South of France boasts beautiful and romantic cities and towns, plus the best of country living and the dramatic Mediterranean coast…

In Occitanie you will find outdoor living, good-quality fresh food, fantastic and accessible art, history, and culture… dependable and high-quality health care, beautiful and varied countryside, good infrastructure yet little to no traffic… And the best wine you’ll be able to find. 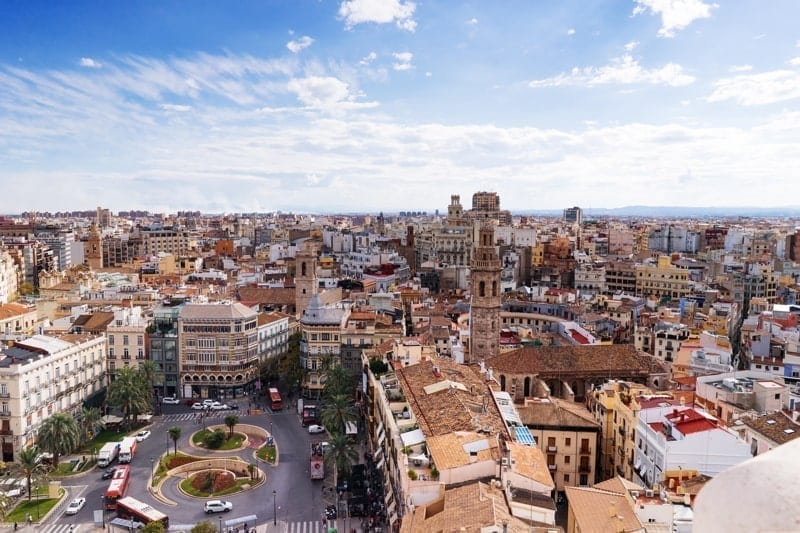 The city of Valencia is the #1 coastal retirement city in Europe. It is vibrant, accessible, full of rich history, and a melting pot that now has its own distinct culture. It offers you better value for your money for being a solid, Old World market. As a city, it has everything Madrid and Barcelona can offer but at a fraction of that price, and the beach properties are much more inexpensive but just as beautiful.

Because this is often an overlooked city compared to Madrid or Barcelona, you will find that it’s less crowded and the opportunity to find property bargains is a lot higher.

Even as the 3rd largest city in Spain, it doesn’t behave as a large city. In Valencia you will find a multifaceted city living, as there is a huge variety of properties and environments in Valencia and its outskirts.

Cyprus is an island country in the Eastern Mediterranean Sea with a rich history spanning more than 10,000 years—making it one of the oldest civilizations in the Mediterranean.

On the northeast coast of the island is where you can achieve a sunny and relaxed island living for an affordable price.

In Northern Cyprus you can find better property deals than in places like Spain, Turkey, or Portugal. Paired with a very easygoing lifestyle, low crime rates, and quiet and peaceful living, Northern Cyprus knocks its competitors off the board.

We can argue that the northern part of the island is the most beautiful in the country, boasting incredible castles, colonial villages, and miles of untouched sandy beaches.

Education is one of Northern Cyprus’ most profitable and rapidly growing sectors. The country became a popular destination for their excellent higher education, bringing more than 100,000 foreign students that provide guaranteed rental income for the investor.

It’s important to note that Northern Cyprus is the Turkish Cypriot side of the island of Cyprus (it’s not part of the EU). Despite the political issues between ethnic Greek and ethnic Turkish Cypriots, business continues as usual on both sides of the border… though, prices remain more affordable on the Turkish side. 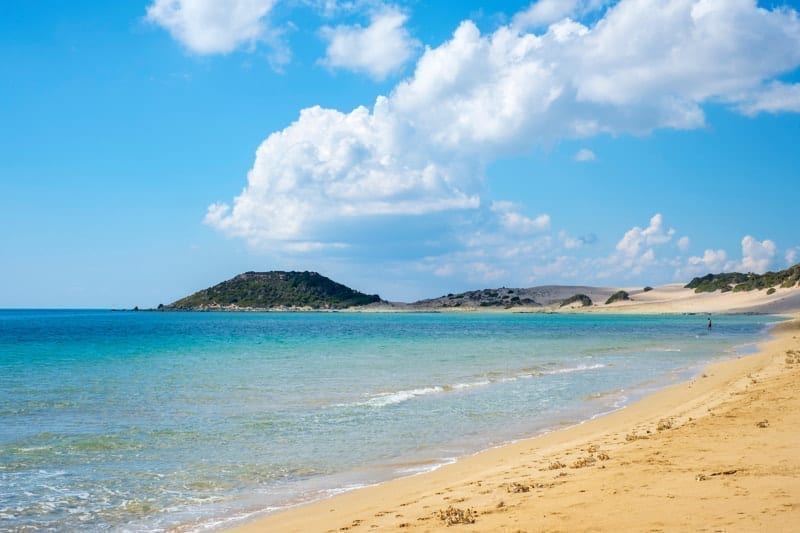 The Iskele region of Northern Cyprus is developing at an incredibly rapid rate. The path of progress is here, now with new infrastructure improvements specifically in road and air access. This area has now dozens of luxury apartment complexes and resorts right along the longest coastline in Northern Cyprus, turning it into the “it” place to be.

Cyprus: Better Than Your Neighbor’s Retirement To Florida

At the far eastern edge of the Mediterranean, you’ll find an island that has dazzled mankind for millennia… The Greeks...

What’s Not To Love About Malta? A Mediterranean island with temples that pre-date the Egyptian pyramids... walled cities with towers,...

I’m retired and a diehard fan of the café-living lifestyle that thrives in my adopted hometown of Tavira. Situated in the East Algarve, Tavira is on the Atlantic coast, halfway between Faro International Airport in Portugal (28 kilometers away) and the Spanish border town of Ayamonte. Portugal is becoming more globally famous every year... In 2020, Portugal won the World Travel Awards “Best Travel Destination in the World” title... The Algarve, where Tavira is located, was voted the IAGTO Awards...