Facts and Figures from Belize...

Belize: An English-Speaking Caribbean Paradise Less Than Three Hours From The United States

Belize was once at the heart of the Maya Empire and has some of the oldest known Maya sites such as Cahel Pech which dates back to 1,2000 BC.

Belize was an important trading point for the empire and a major population center. The Mayan Empire eventually fell apart but its legacy remains, strewn into the living rock of their temples.

Later on, Belize became a major pirate base. The pirates used their knowledge of the shallow waters and reefs around Belize to ambush and rob merchant ships. The mouth of the Belize river made the perfect place to hide their ships as they lay in wait.

Since Survivor and Temptation Island put it on America’s radar, sleepy little Belize has been attracting attention for its white-sand beaches, coral reef, Maya ruins, and virgin rainforest. Historically, it was the country’s land, water, gold, timber, and oil that have been bringing people to Belize since the Maya settled in the region more than 4,000 years ago.

At one time, the forests, coastlines, and rivers of this country supported a Maya population of nearly 500,000. Life in Belize, in the time of the Maya and still today, revolves around its rivers. Indeed, Mother Nature rules here… and the iconic flora and fauna in modern-day Belize are not greatly changed from what was here in Maya times. Towering ceiba trees—the Maya Tree of Life—colorful toucans, even wild jaguars continue to thrive in this still very undeveloped country.

People sometimes wonder what happened to the Maya…

The Yucatec, Mopan, and K’iche’ Maya were the country’s first civilizations, and you’ll find their descendants living along this country’s coastline and in its interior jungles even now. The Maya people, their culture, and their history are a big part of what defines modern Belize.

In addition to the Maya, you’ve got the Kriol people, descended from the British and Africans who settled the country’s coast in the 17th, 18th, and 19th centuries. English is the official language of Belize, but Kriol is the lingua franca.

Belize is a melting pot, a bouillabaisse—or, as the Belizeans would say, a boil-up. 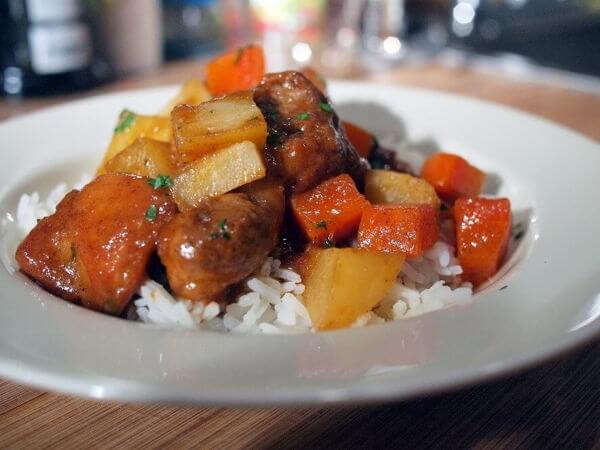 Belize is famous for its white-sand Caribbean beaches and clear, unpolluted waters. The best weather in Belize is between December and April, making it perfect for snowbirds.

Belize is known as a friendly and welcoming country. Since the official language is English, it’s easy for expats to thrive. Belize offers one of the best residency programs you can find.

While English is the official language of Belize, you may encounter some minor language barriers. This is due to the pidgin English spoken in the country. Usually, Belizeans will switch to an English you can understand, but don’t be surprised if you have to pick up on the creole.

Asking for directions might be very confusing. There may be no streets named or left/right indications when you ask for directions. This can be frustrating for many.

It is well known that infrastructure is not Belize’s strong suit. Belize only has three highways and they’re two-way streets. Infrastructure in Belize is improving, but still very lacking and not like what you would find in the developed world.

Property tax is very cheap. This can be good but it has a downside. The low property taxes mean that there are not a lot of resources allocated for infrastructure, health care, etc. Also, when you buy real estate in Belize you have to pay an 8% transfer tax if you’re a foreigner.

For non-Americans, Belize offers income tax-free living, with legal residency easy to obtain through the country’s Qualified Retired Persons (QRP) program. Foreign residents pay no tax in Belize on non-Belize income. Thus, if you are British, German, Australian, or Irish, for example, you could become a QRP and reduce your overall tax burden to virtually nothing.

The money needed to retire here is low, you can move here with only your social security check. Belize is close enough to the States that you can even drive down.

Belize can be a wonderful sun-and-fun-filled place to live, but like anywhere, there are some things to be aware of. Crime in Belize,  does not involve organized crime like we see in Mexico, Guatemala, and other countries in the region.

Belize is also a banking haven, one of the few remaining in the world, a jurisdiction where every bank must maintain a minimum of 24% liquidity at all times and where bankers respect bank secrecy. It’s one of the easiest places in the world to open an offshore account.

For all of these reasons, Belize claims a spot every year at or near the top of our Best Retirement Havens in the World List.

Cost Of Living In Belize

Belize is a schizophrenic little country, both Caribbean and Central American. Generally considered one of the best values in the Caribbean, it is, at the same time, relatively expensive by Central American standards. At least it can appear that way at first.

However, like anywhere, the cost of living is highly dependent upon your lifestyle. The more time you spend here, the less expensive it can be. All too many expats fall into the trap of living overseas as if they are on vacation—living in a lavish resort-type setting and buying imported wine, food, and other products. After the first few months in their new home, they have blown their budgets and never get settled in. 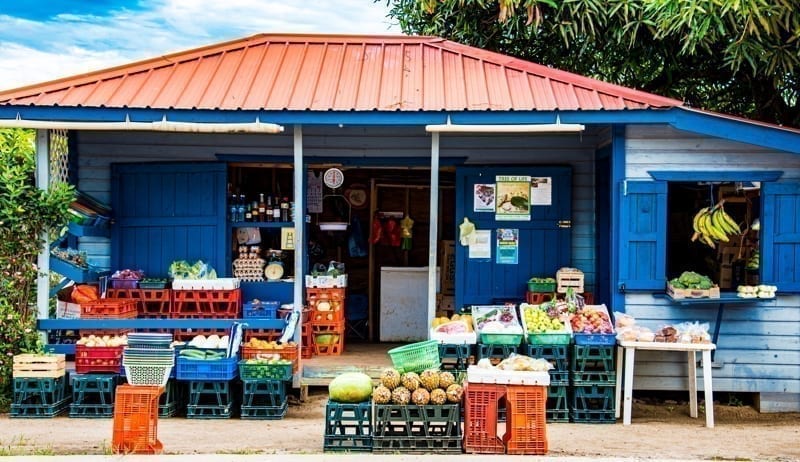 The key to maintaining a low cost of living is to get to know the local vendors, farmers, and suppliers. I have Belizean friends who enjoy higher standards of living than many ‘First World’ residents I know. They purchase locally grown foods, for example, which are far superior to the more expensive processed foods imported from abroad.

Will you be happy with a local diet of beans and rice, or do you prefer American staples? Local grocery items, like flour, rice, and sugar, are inexpensive. So, too, are local fruits and vegetables at the outdoor markets.

Chicken is a staple in the Belizean diet, and it’s fairly low-cost. You’ll pay about 6 or 7 Belize dollars for 30 eggs. I go to a local butcher called Franks where you can get beef, pork, fish, shrimp, and even salmon. Pork chops cut to order run about US$4 a pound.

About 220 Belize dollars should be enough for your weekly grocery bill. You can also find American products at grocery stores… but you should plan on spending 25% to 50% more on groceries if that’s your preference.

Import duties are generally high in Belize. In this case, the QRP visa offers an advantage. With the QRP program, you’re allowed to bring your household goods and a car duty-free. However, you need to remember that this is a one-time deal.

Having a car is expensive because the import duties and gas taxes are high. Also, you’ll need a strong 4×4 car in Belize. Maintaining a car may be one of the most expensive things in your budget. It is possible to live without a car on the mainland, but if you want to go elsewhere, you should consider a car.

Belize is recognized for many advantages and attractions, but medical care is not typically one of them. Health care is not a strong suit for Belize but it is slowly improving. Local health insurance companies have plans that cover you in Belize but also in Guatemala and Mexico. Many go to these countries to get treatment. Also, you could opt to go to the U.S. if you need medical treatment since it’s so close.

For such a small country, Belize enjoys an abundance of international airline connections.

Try using Kayak to find and compare airfares. Belize is only a two-hour flight from Miami and three hours from Dallas.

Best Places To Live In Belize

With a population of just 383,000, the whole country has a small-town ambiance. It is easy to become a part of the community. Both locals and expats are welcoming and willing to lend a hand or to make an effort for a neighbor. 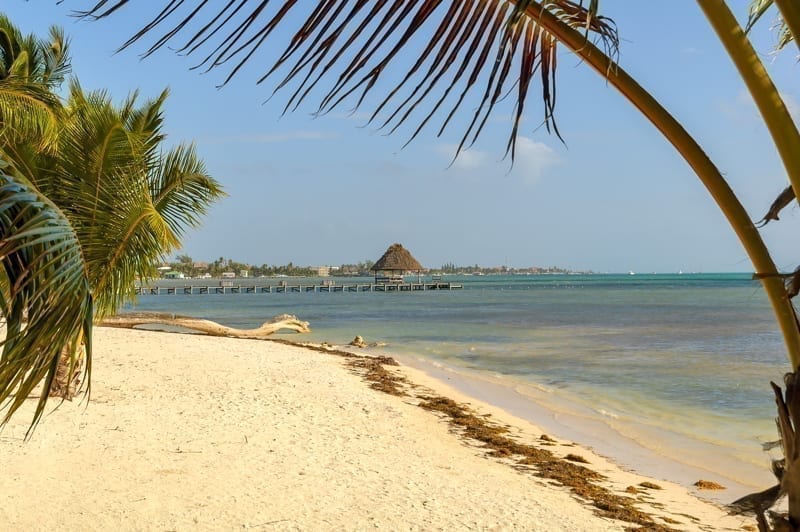 Belize also offers a lot of what many tourists, retirees, and investors are looking for: sandy beachfront, both along its mainland coast and encircling its offshore cays. Prices for a bit of sand on quintessentially Caribbean Ambergris Caye, are very affordable by Caribbean standards, and there is an active and vibrant community, trendy restaurants, expat-run cafes, and lively beach bars. 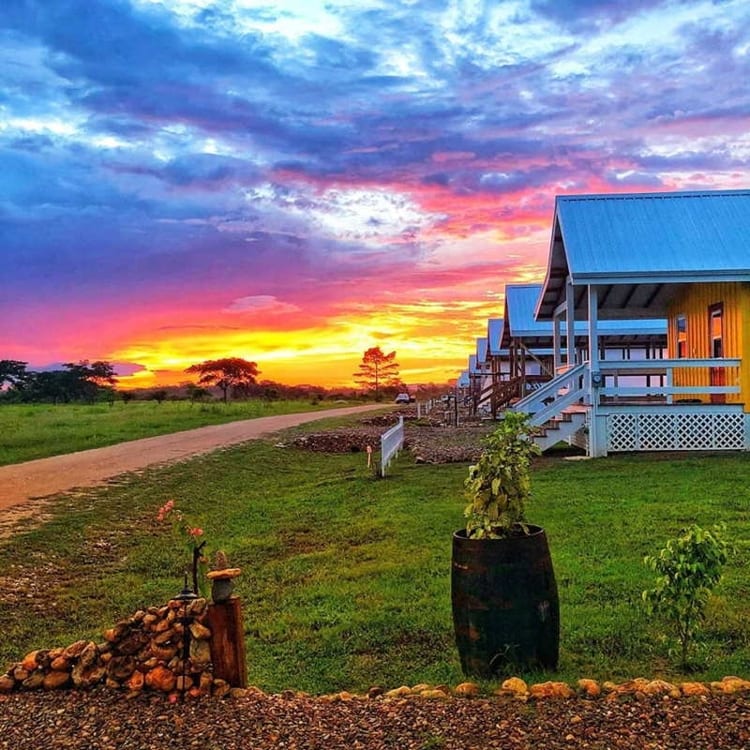 Alternatively, the Cayo region—which boasts Mayan archaeological sites, caves, streams, waterfalls, and forests—offers incredible opportunities for embracing a self-sufficient life. Off the grid options where you can live independently and grow your own food are available here.

As we've been discussing, Belize is a beautiful, safe, welcoming wonderland of wide-open spaces and sugar-sand beaches. An idyllic place...

An Insider’s Guide To Business Opportunities In Belize

29 Ways To Fund Your New Life In Belize You could move to Belize... live a dream life on the...

Buying Real Estate In Belize: What You Need To Know

About 30 years ago, I was sitting at a palapa bar in Playa del Carmen waiting for the ferry to...

For me and Belize, it was love at first sight. From the first morning I arrived in Belize City, some 30-plus years ago, climbed down from the plane onto the runway, threw my backpack over my shoulder, pulled on my sunglasses, and walked across the tarmac in the direction of the country's one-room international airport, I was smitten. It was nothing I could put my finger on at the time. Just a feeling, like falling in love. You know it...

6 Cheapest Places To Live In The Caribbean

For me and Belize, it was love at first sight. From the first morning I arrived in Belize City, some 30-plus years ago, climbed down from the plane onto the runway, threw my backpack over my shoulder, pulled on my sunglasses, and walked across the tarmac in the direction of the country's one-room international airport, I was smitten. It was nothing I could put my finger on at the time. Just a feeling, like falling in love. You know it...

6 Cheapest Places To Live In The Caribbean

More From In Focus: Belize