Facts and Figures from Panama...

The Hub of The Americas: Panama

Panama offers a multitude of visa options to suit anyone’s needs (including the “Specific Countries” visa that grants work permits) and international-standard health care. Called the “Hub of the Americas,” this country is ideally located for travel to the United States and Canada. The flight from Miami, for example, is direct and takes about two-and-a-half hours. Plus, Panama makes a great base location from which you can easily explore the rest of Latin America and the Caribbean.

The country’s strategic geographic position, and the significance of the Panama Canal, mean this destination is an important point on the world map. Panama’s economy has always been strong; it’s never slowed or ceased to grow due to the canal and the massive amounts of wealth that move through it (and earn Panama revenue).

Largely as a result of its crossroads positioning, but also thanks to its reputation worldwide as a top retirement, offshore, and banking haven, Panama is one of the fastest-growing countries in the world, and the fastest-growing market in the region.

For Expats in Panama…

This country is among our top-ranked retirement choices, regardless of the size of your budget. Panama City is no longer a bargain retirement destination, but elsewhere in Panama, specifically Las Tablas (on the coast) or Santa Fe (in the highlands), can be.

Cost of Living and Health Care in Panama

Cost of living is important, but it’s not everything, which is why it’s worth noting that Panama also makes great sense for the would-be retiree abroad for many other reasons, too. It’s healthcare facilities are top-notch, its currency is the U.S. dollar, local health insurance is a bargain, it’s easy to get a retiree visa, and retirees living here enjoy lots of special discounts and perks.

Start a Business in Panama… 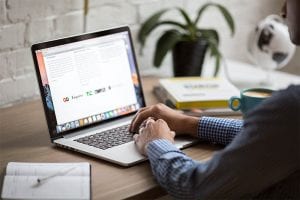 Panama is also our #1 pick for where to base your e-business.

When trying to identify where best to base a new business, Panama stands head-and-shoulders above any other option worth considering. With recent statements from the government and a strong sense of growth within the economic front, it looks like the country will remain one of the best places in the world to base an online, international business for a long time to come.

[Read: Why Starting A Business In Panama Made Perfect Sense]

A few of the reasons entrepreneurs thrive here, include:

It’s not only retirees and entrepreneurs who should be paying attention to this country right now. Today’s Panama is also a top choice for other key demographics.

Moving to Panama with a Family

Panama City is home to a half-dozen or more good international and bi-lingual (Spanish/English/French) schooling options. That’s a key consideration if you’re thinking about making an international move with young children.

Panama also makes good sense for a family looking for a new place to settle, thanks to its parks and playgrounds; its pool of talented (and affordable) tutors for everything from piano and guitar to Spanish and horse riding; its natural recreational offerings (beaches, rain forest, jungle); its cosmopolitan population, meaning your kids would attend school and make friends with kids from all over the world; and its international-standard medical facilities (important if you’re a retiree but also if you’ve got kids).

[Read: How Raising Your Kids In Panama Could Be A Big Advantage]

Panama is also a top choice for a singles making a move on their own because it’s one of the most user-friendly overseas havens you’ll find. In Panama, the expat’s path is well-paved. Arriving here as a single person (of any age), you’d find many opportunities for making friends and connections. Panama City is home to thousands of expats and dozens of expat groups, all welcoming of newcomers..

In addition, Panama offers two other regions where a single person can tap into a well-developed and friendly infrastructure of support: Coronado (on the Pacific coast about an hour outside Panama City) and Boquete (in the highlands, one of the world’s biggest communities of expat retirees).

The lowest toll ever paid to cross the Panama Canal was $0.36 paid in 1928 by American adventurer-author Richard Halliburton who crossed the canal swimming.  His total swim time was 50 hours.

Panama is a bird watcher’s paradise with more bird species than the United States and Canada combined.  There are parks and tours dedicated to bird watching but with this abundance you will likely see exotic birds without even trying too hard.

Panama City is the only capital city in the world to host a protected rainforest within its city limits.  In fact, 30% of the whole country has been protected for rainforest conservation purposes.

Traveling has always enriched my life. Simply studying different countries and people in books and other media is eye-opening... But...

For such a small country, Panama packs quite a punch in terms of the diversity of lifestyles available. When April...

Starting A Business In Panama Made Perfect Sense

Early July 2008, I arrived in Panama with my husband Lief, my 8-year-old son Jackson, and an East Coast bartender...

"It's hard to describe how much this view has changed over the past 20 years that I've been spending time in Panama City," I said, nodding my head left and then right to indicate the whole of the vista before us. I was sitting at the rooftop pool deck of our Avenida Balboa apartment, overlooking the Bay of Panama and the entrance to the Panama Canal, colonial Casco Viejo in one direction, posh Punta Pacífica in the other, enjoying the...

The Best Golf Destinations Overseas For A Property Investment

Cost Of Retirement In Portugal vs. Panama

Why Panama’s Economy Continues To Boom

A Day In The Life At Los Islotes: Living At Ease In The Azuero Sunset Coast

The Effects Of The Pandemic In Panama: Why You Need To Invest Today

The Panama Canal Railway opened in 1855 and was the world's first transcontinental railroad, creating an easy way to traverse between the Atlantic and Pacific Oceans. It was also the world's most expensive railroad per kilometer ever built, costing approximately US$8 million at the time. Construction of the railroad took many lives, and it’s estimated that 5,000 to 10,000 people may have died from hazardous working conditions and the spread of malaria and yellow fever. The body count was actually...

More From In Focus: Panama