Facts and Figures from Spain...

The second biggest country in the EU after France, Spain is a beautifully diverse nation, brimming with culture and tradition. Located on the Iberian Peninsula, Spain is bordered by Portugal and France, the rest of the country is surrounded by the Mediterranean, the Cantabrian Sea, and the Atlantic Ocean. These varied surroundings play a part in creating the vibrant mix of cultures we see in Spain today; the rest of this cultural mix is down to Spain’s intriguing history.

Spain is made up of several autonomous regions, which have had their own language, culture, traditions, and social structures throughout history. Many of these maintain a strong presence in today’s population, which creates a fascinating cultural mix throughout the country, leaving a lot to be discovered when relocating here. These autonomous regions include Galicia in the northwest, Catalonia in the northeast, Andalusia in the south, and the Basque Country, located on the border between Spain and France.

Spain’s diversity goes beyond its culture; it also has several different climates and landscapes, including thousands of kilometers of coastline, beautiful mountains, and an abundance of enchanting towns and cities to explore. These attractions bring people from all over the world to settle in Spain for its multitude of lifestyle opportunities. 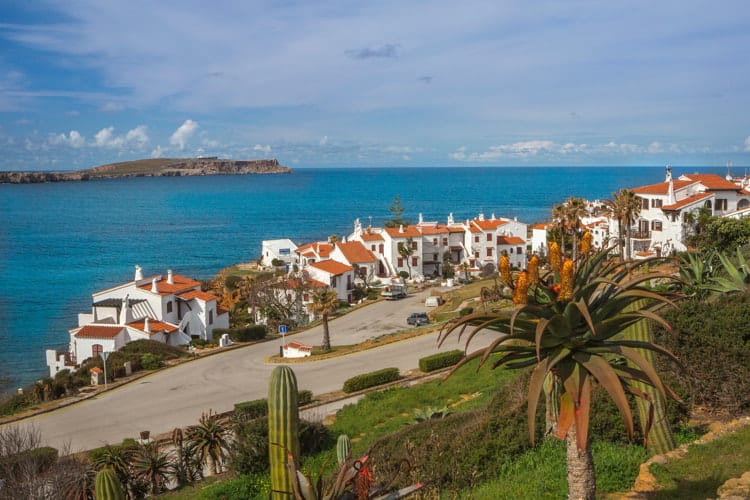 Spain tops the list of the most popular destinations for relocating, investing, and retiring overseas. Some of the benefits of settling on Spanish soil are low living costs, affordable housing prices and First World infrastructure. The incredible diversity combined with the warm temperatures, historic legacy, and friendly citizens make it an ideal alternative for those planning a new adventure overseas.

Boasting 3,000 hours of sunshine a year, Spain guarantees a sunshine-filled retirement. Temperatures are generally mild, although significant differences occur depending on the region and the season. The south of Spain is known for its scorching temperatures in July and August, while the north of Spain is notorious for its high levels of rainfall throughout the year. 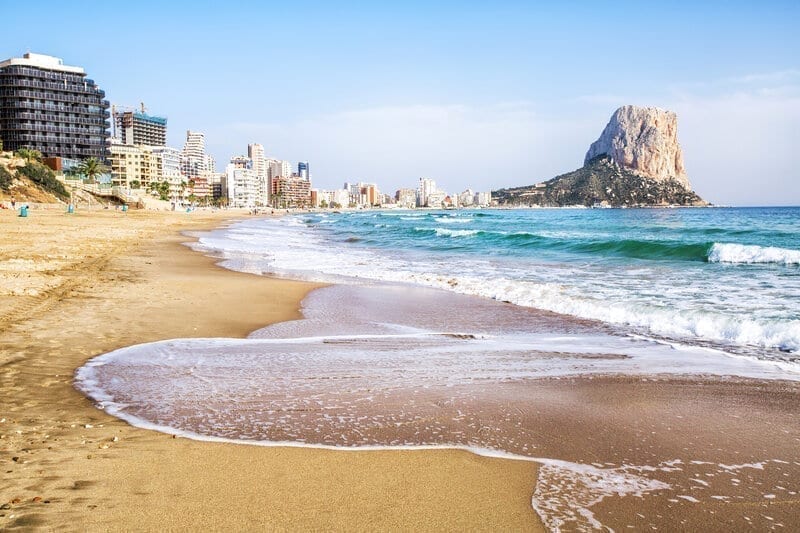 Spanish people are welcoming, and you will find it easy to settle in due to their openness and friendliness to foreigners. Language-wise, the majority speaks Spanish. You’ll find school-age and university students speak some English and are keen to practice. However, older generations don’t so much, unless they work in tourism-related industries, so learning some Spanish before you arrive would be a welcome idea. Don’t worry about perfecting your Spanish, as you will find Spain has a thriving expat community where you can comfortably make friends in your native tongue.

Cost Of Living In Spain

Spain has a reputation worldwide for its cheap living; you can live a luxury lifestyle on your social security check in some parts of Spain. Thanks to world-class infrastructure, excellent health care, and beautiful weather, this leisurely living doesn’t require any compromises.

Despite Spain’s low cost of living, taxes are some of the highest in Europe. This is important to note, although day-to-day living is cheap, so it balances out. Groceries and eating out are affordable. In certain parts of Spain when you order a drink at a bar, you are brought a small portion of food for free—olives, chips, maybe a Spanish omelet. This tradition of tapas makes eating out a fun and affordable way to spend an evening.

In terms of real estate, the market in Spain is constantly fluctuating. Prices of properties in the bigger cities have exploded in recent years due to the increase in tourism. Explore lesser-known cities such as Valencia, Cádiz, or Santander, and you will be rewarded with much lower property prices. For those wanting to resort to the tranquility of the Spanish countryside, property in rustic areas such as Galicia or Almería cost next to nothing.

In Spain, the health system is held in high regard. The quality of staff, service, and equipment are outstanding. In general, non-EU retirees will not have access to the Spanish health care system and will have to take out private insurance.

If you move to Spain as an employee or are self-employed, the situation is different. You will pay social security contributions, and so you will be issued with a social security number entitling you to health care, sickness, and unemployment benefits, as well as government pensions.

For minor problems, take advantage of the excellent farmacias (pharmacies), where highly trained pharmacists will recommend advice and remedies, some of which require prescriptions back home. Here you will find a more detailed insight on health care in Spain and a breakdown of which kind of health insurance policy you may need.

Spain has several international airports scattered across the country, including Barcelona and Madrid, where you can find direct flights from New York daily. Depending on where your final destination is, you can get a connecting flight to a domestic airport or avail of the national rail service RENFE.

Transferring your belongings can be done either by plane, or boat, the latter taking quite a bit longer. Countless companies are available to help you in this process, collecting your belongings at your home in the States, and delivering them to your door on the other side of the world.

Best Places To Live In Spain

Spain has a unique adventure waiting for anyone who wants to immerse themselves in this cultural hub. Cities with lively nightlife, beachside resorts with kilometers of unspoiled coastline, and picturesque towns and villages with bustling farmers’ markets.

Outside of Spain’s heavy tourist trail, is the lesser-known city of Santander. Santander is the capital city of the region of Cantabria and lies on the northern coast of Spain. Built on a series of hills overlooking the Bay of Biscay, this is a mostly modern city with a beautiful seafront comprising several white-sand beaches within easy reach. Santander is the perfect place for retirees, with endless museums and galleries to get your culture fix, a thriving tradition of gastronomy—mostly fresh seafood, and countless beaches to explore. 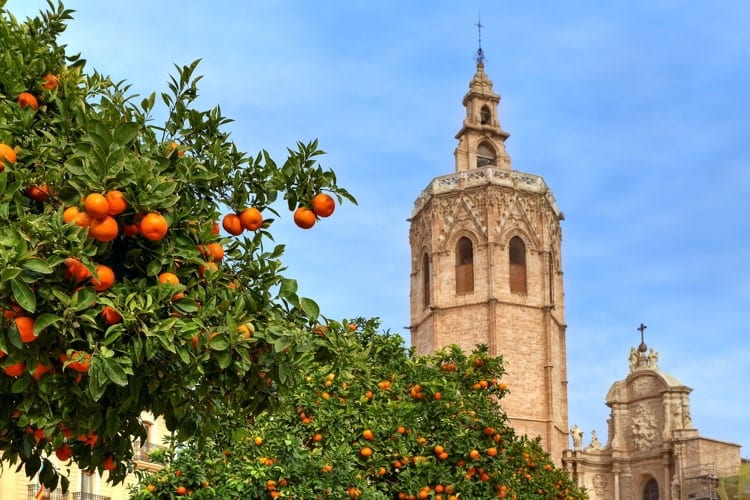 Another city undiscovered by many people outside of Spain is Valencia, along the Mediterranean coast. With an average daytime temperature of 70°F year-round, Valencia has some perfect weather conditions for an active, healthy, and varied lifestyle. Combined with some of the finest beaches in Southern Europe, and La Calderona mountains in easy reach, this city is the ideal base for an active retirement. Home of Spain’s most famous dish, paella, Valencia has a proud food culture to share with international residents. Check out our Overseas Haven Report on Valencia, which includes all the information you may need if you are considering relocating here. 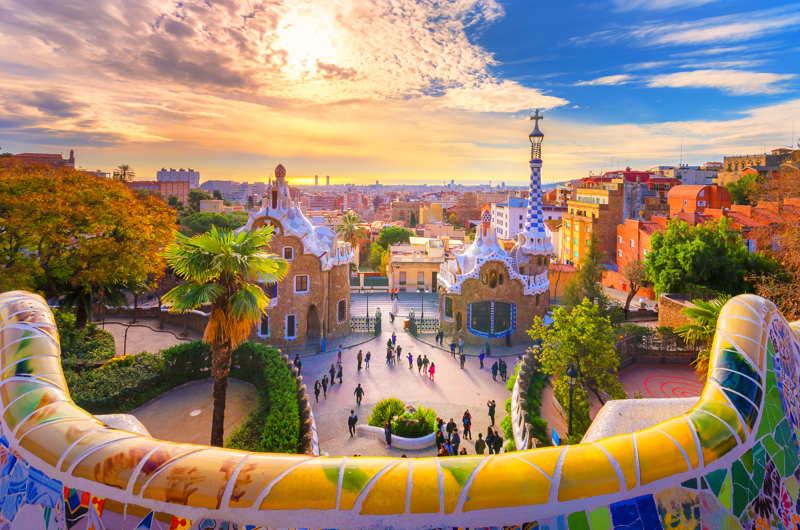 Spain’s second-largest city; Barcelona, is a popular destination for tourists and expats alike. Thousands of expats settle in the capital of Catalonia in Spain’s northeast for its cosmopolitan vibe and energy. People live, work, and shop in most of the city neighborhoods and districts, so each has its own community spirit, making it easier to fit into this big city as a foreigner. The city encompasses lots of parks and charming plazas, scenic beaches, and has easy access to the beautiful Costa Brava to the north and the Costa Dorada to the south.

Cost Of Living In Spain

There is a scene in the 2003 movie "Under The Tuscan Sun" that I now can identify as the moment...

Life In Spain Was Too Irresistible For This Expat

How This Midwestern Lady Found The Support She Needed To Reinvent Her Life In Spain I found myself single at...

"Prices Are Absolutely Crawling On The Floor"—Why Now Is The Time To Be Shopping In This Crisis Market Malaga is a...

'Twas the week before Christmas and all 'round the world, we creatures were stirring... Preparing for the big day, spreading joy and good cheer. I'd love to say that I'm espousing my adopted homeland's holiday traditions... but I have to admit that I just don't have the stamina for it. A typical French Christmas begins at midnight mass on Christmas Eve, which is followed by Christmas dinner. If done right, it could be many courses over several hours, with coffee...

Retirement And Property Costs In The Algarve, Portugal, Versus Costa Del Sol, Spain

How, When, And Why I Decided To Make The Move Overseas