Facts and Figures from Portugal...

Until recently, Portugal had not been a well-known destination and attracted very few foreign visitors. Portugal remained largely undiscovered until the mid-1990s, when Europeans began immigrating en masse. Expats to Portugal enjoy its beautiful landscapes, historical architecture, stunning beaches, and welcoming residency programs. Nowadays, Portugal is home to hundreds of thousands of (mostly European) expats and North Americans are just picking up on the trend. 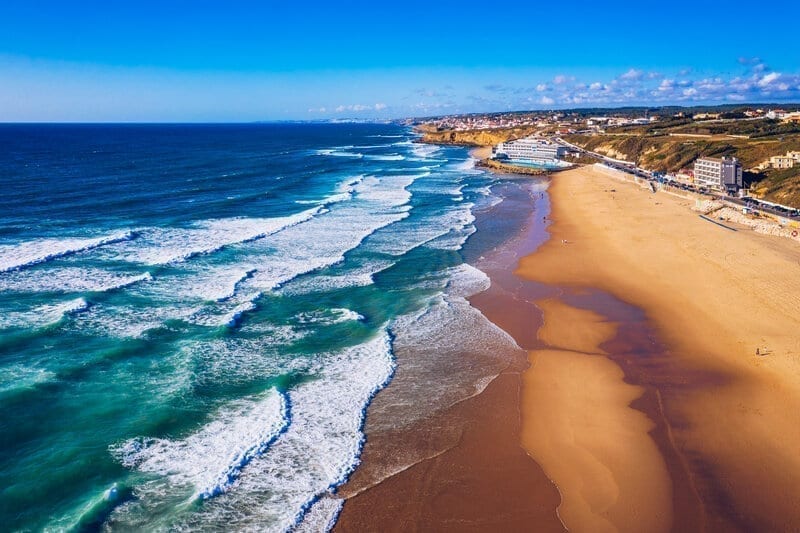 Despite its small size (225 km wide and 612 km long) Portugal rewards the visitor at every step, offering a mild climate, and hospitable locals. You’ll enjoy beautiful white-sand beaches throughout the country… almond trees in the African-looking Algarve region… fields of golden wheat in Alentejo, ranches in Ribatejo… ox-driven carts across Minho… and vineyards in Douro. The country is rich with artistic and cultural treasures, tasty cuisine, and a unique architectural style (called Manueline). As a bonus, Portugal ranks as the 17th safest country in the world.

English is spoken by most in Portugal and visitors are welcomed.

Cost Of Living In Portugal

The cost of living in Portugal is among the lowest in Western Europe, on average 30% lower than in any other country of the region.

In all, Portugal offers a competitive cost of living, especially when compared with its EU neighbors, an enviable tax situation, and bargains on real estate. 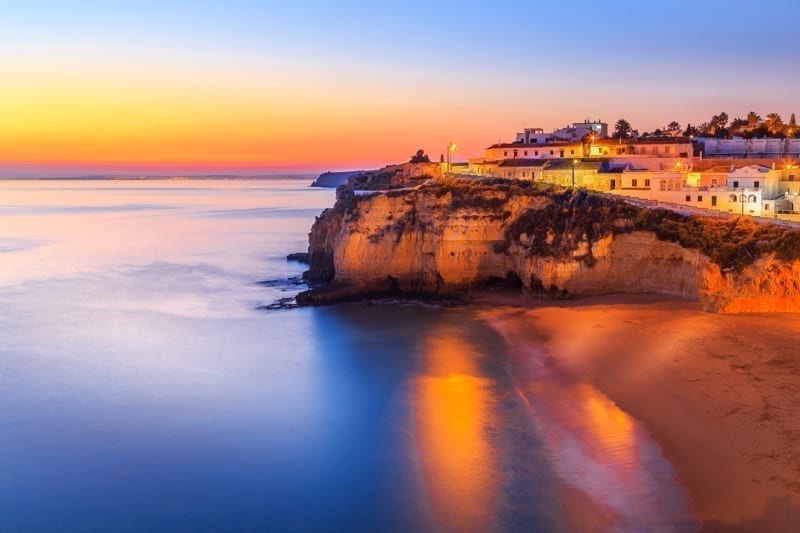 The Algarve Region is the southwesternmost coast of mainland Portugal. (The origin of the name Algarve is Al-Gharb, meaning “west” in Arabic.) Bordering the Atlantic, this region is already home to more than 100,000 expats.

The Algarve offers the best of the Old World, from medieval towns and fishing villages to open-air markets and local wine, plus some of Europe’s best beaches. The Algarve arguably boasts some of the world’s greatest weather, too. Algarve enjoys 3,300 hours of sunshine per year, more than most anywhere else in Europe. Nowhere in the world could you embrace a better overall foreign visitors than in Portugal’s Algarve region.

The Vasco de Gama Bridge in Lisbon, over the Tagus River. is the longest bridge in Europe at 10.7 miles long.

The oldest bookstore chain in the world, Livraria Bertrand, is from Portugal and was launched in 1732.

Portuguese is spoken by more than 230 million people worldwide and is the official language of nine countries.

Portugal is hot. I’ve been focusing time and attention on this country for the past two-and-a-half years. My first visit,...

Why Portugal Is Europe’s Easiest Place To Finance Property

Where in the world can you obtain bank financing as a foreigner for the purchase of real estate? I get...

The naturist community dates back to the turn of the 20th century in some countries and has always attracted people with an easygoing, free-spirited mentality. Although the idea of nudism is as old as Adam and Eve, its values seem more modern than ever. Movements against body shaming and toward acceptance of all people are catching on worldwide. These principles have been part of the nudist community from its inception. Humorists might joke that the sort of people who visit...

8 Tips Before Traveling To Portugal

Cost Of Your Ideal Property In The U.S. vs. Overseas