Portugal Is One Of The World's Top Retirement Havens... 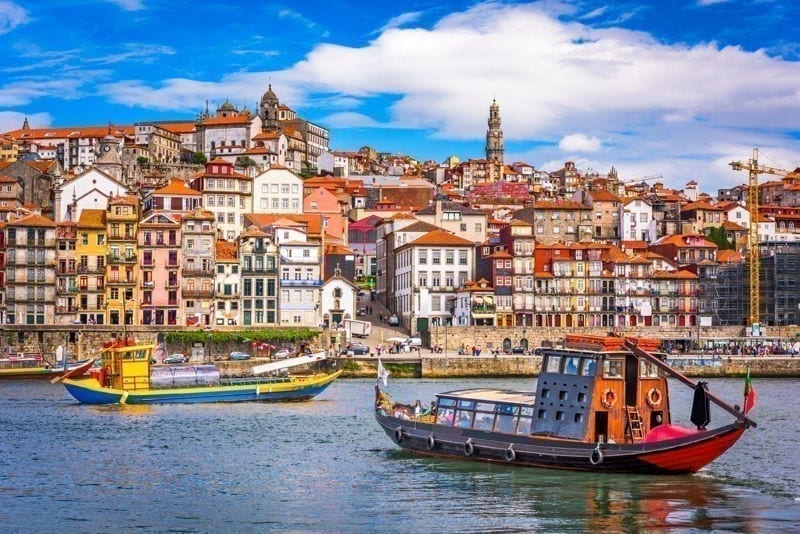 For decades, Portugal been one of the most popular retirement destinations. Especially for citizens of the U.K. and Northern Europe. It has much going for it:

Now, more and more North Americans are looking to retire in Portugal.

Taxes For Retirees In Portugal

People are looking harder at Portugal as a retirement destination. One of the main reasons is because of the recent introduction of legislation. It eliminates local taxes on foreign pensions and other retirement income.

Portugal has a new Non-Habitual Resident regime. Anyone who has not been resident in Portugal for the previous five tax years receives pensions and foreign-source income. Both free from local taxes for 10 years. This if the applicant’s home country has a double-taxation treaty with Portugal.

The United States, Canada and the United Kingdom all have such treaties in place. You can sign up with a local tax office once you have acquired the regular residence permits.

To qualify for the NHR regime, an individual must:

Residency Visas To Retire In Portugal

There are no special visa requirements for non-European Union retirees in Portugal. The process is the same whether you are 26 years old or 62 years old. You need to start the process in your home country and it might take some time.

Most applicants opt for a Type 1 Resident Visa to retire in Portugal. This is available from a Portuguese consulate abroad. You must get it within three months of moving to the country.

Once in-country, applicants have six months to apply for a Resident Permit. The permit is renewable every two years. And after five years you can convert it to a permanent residency permit.

Citizens of the EU must apply for a residence permit at the local town hall. Or at an office of the immigration authorities. This is if you want to remain in Portugal for more than three months. And you must do it within 30 days of arriving in the country.

The only requirement is proof that you can support yourself and a valid EU passport. The certificate is valid for five years.

The Golden Visa residency permit is available to non-EU citizens who:

Applicants need only stay in the country 7 days during the first year. And 14 days in the following two years. Family members can tag along. The initial permit is valid for five years.

Where To Retire In Portugal 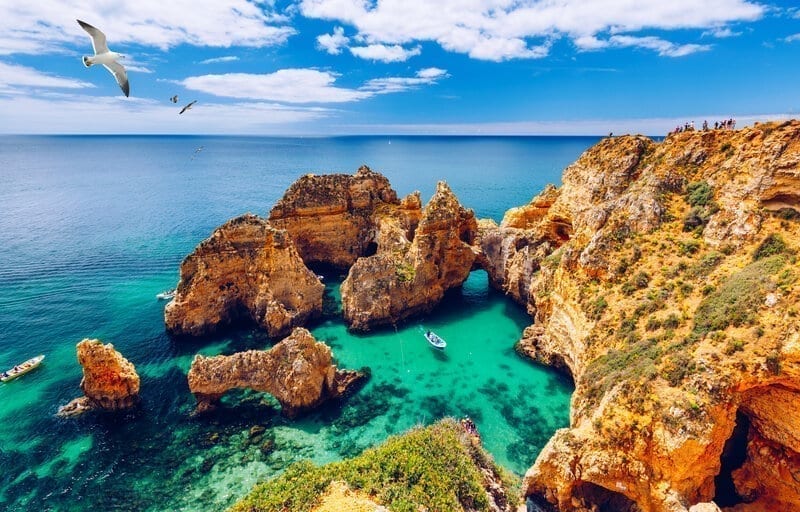 The vast majority of foreign retirees moving to Portugal settle in the Algarve.

Silves and Lagoa are particularly appealing to retire in Portugal. In these two spots, you can enjoy medieval towns and fishing villages. Or open-air markets… local wine and some of Europe’s best sandy beaches.

Southern Portugal enjoys one of the most stable climates in the world… with 3,300 hours of sunshine per year. There are more sunny days each year in the Algarve than anywhere else in Europe.

This is why it is one of the top destinations on the continent for Europeans seeking summer sun. Or looking to escape the cold, dark days of winter up north.

Portugal has a strong historic and cultural links with England. This is why English is common in the country. And even more so in the Algarve. Retirees here are able to get by without speaking much Portuguese. But the experience is better if they make an effort to learn to communicate with the locals.

U.S. Medicare is not honored in Portugal. But the standards of health care are excellent in most parts of the country. The health care system ranks among the world’s top 20 in performance by the World Health Organization.

The cost of living in Portugal is among the lowest in Western Europe. On average 30 percent lower than in any other country of the region.

Housing is cheaper to buy… and investors can make more money from rentals than in many other European countries.