Is It Safe? Crime In Panama, The Surprising Truth

I have been asked countless times by those considering retiring to Panama or simply planning a vacation here, about the status of crime and security in the area.

My own years of experience in living here aside, I thought it would be preferable to provide more professional answers in order to give people a more comprehensive picture of the situation.

I recently attended a presentation in Boquete which was given by two gentlemen who have resided in this area for several years and who operate a one of a kind security business here. This is their area of expertise.

Taking it further, one of the owners/speakers, Ralph Henrich, has an extensive background in law enforcement and security consulting in the U.S. and shared some of his advice with us.

His first words to the wise were these: “Yes, Panama has crime but it is nowhere near as rampant as some places in the United States.  However, for safety’s sake, my first advice is to look after your own security.”

He went on to explain that the police here are transferred out every three to four months in order to keep the bribery from cropping its ugly head. Therefore, they do not become acquainted with you and likewise you do not get to know them. There is no personal involvement here so they are always at arm’s length.

To ensure your safety and that of your home and family he suggests these rules:

Mr. Henrich’s next topic was firearms. You are allowed to own a gun in Panama but need to go through a long process. Drug test, criminal record check, psychological test, and 40 hours of training gets the permit filled out. Unfortunately, paperwork is processed at a snail’s pace here. It can take a long time to actually get you licensed, and this is with constant harassment from you.

The good news is by Panamanian law you have the legal right to defend yourself, your home, and your family, by whatever means necessary. If you do not own a gun or do not believe in them, there are other alternatives. Pepper spray, boat horns, and whatever means is available will all deter potential burglars.

In regards to the use of a gun on thieves (or worse) breaking into your home, be sure to give them warning that you are prepared to shoot before doing so. Then, immediately call an ambulance and explain that you have just shot a burglar and he needs medical assistance. This proves to the police that you only shot in self-defense and to protect your family.

Along with Andy Jaques who has spent the past 20 years in Latin America sharing his expertise via his company International Business Development and Investment Specialists, Mr. Henrich has built and opened in Boquete a virtually impenetrable vault consisting of storage lockers and safety deposit boxes in which expats and Panamanians can safely store their valuables and important documents. This is to prevent theft of such articles, as has happened periodically in Panama by managers and/or employees of similar businesses. The facility, Legacy Storage Services, is unique in that they actually sell the units to the clients rather than renting them.

Knowledge being the best preventative measure for safety and security, the following is research I have done on safety in Panama.

Crime is a problem in parts of Panama City, though the city’s better districts are safer than in most other capitals. The city of Colón has a high rate of street crime, so consult the hotel staff on what areas to avoid. The smaller more outlying communities throughout Panama have considerably less crime. For example, a recent study on violent crime stats comparing the United States to Panama for 2018 stated that while the number of guns per 100 residents in Panama was 21.7 the number in the States was 88.8.

Police corruption is not as big a problem in Panama as it is in some other Latin American countries. However, it is not unheard of for a police officer to stop a motorist, invent a violation, and levy a fine to be paid on the spot. Often suggesting that you will go to a police station to pay deters them. Also make a show of writing down their badge number and car number. This will also usually do the trick. In the last few years the government has been clamping down very hard on this behavior by their police force, terminating those guilty immediately.

Tourist oriented crime is not common in Panama but does happen. Prevention is key here. Avoid carrying all your money in one place, and avoid areas that you feel are unsafe. Stay where it is well lit and populated. This is common sense and should be practiced wherever you are, not only in Panama.

The violent crimes you hear about here are between gangs, as is the case in all major cities around the world, and they happen in the poor neighborhoods. The petty crimes are simply the result of living in any country with an enormous divide in wealth.

There are a few areas in Panama which should be avoided. The Darien Gap at the Panamanian/Colombian border, and some of the more crime-ridden poor areas in Panama City such as El Chorillo, Curundu, and El Marañon, as well as the city of Colón are the worst. In all other parts of the country simply be alert and aware, and do not walk unattended at night. In short, act like you would in any other country.

The Public Security Minister announced that in 2018 the homicide rate in Panama dropped by 28.8%, from 45 to 32. He stated that “high impact crimes such as armed robberies have had a significant reduction as a result of security strategies and police actions developed in the areas of greatest incidence.”

The bottom line appears to be that Panama remains relatively safe when compared to other Central American countries but caution is warranted.

For those puzzled by the seemingly convoluted justice system, what follows is a very simple Panama Justice Structure 101…

Although a bit convoluted, this gives a rough outline of those officials working to keep Panama safe. It is not a perfect system, by any means, but is constantly striving to improve.

Bottom line: In nine years, I have witnessed very little serious crime in our Boquete/David area. I have witnessed several home invasions due to lack of security measures, though. Nonetheless, I would definitely recommend Panama as one of the safest Latin American countries in which to live. 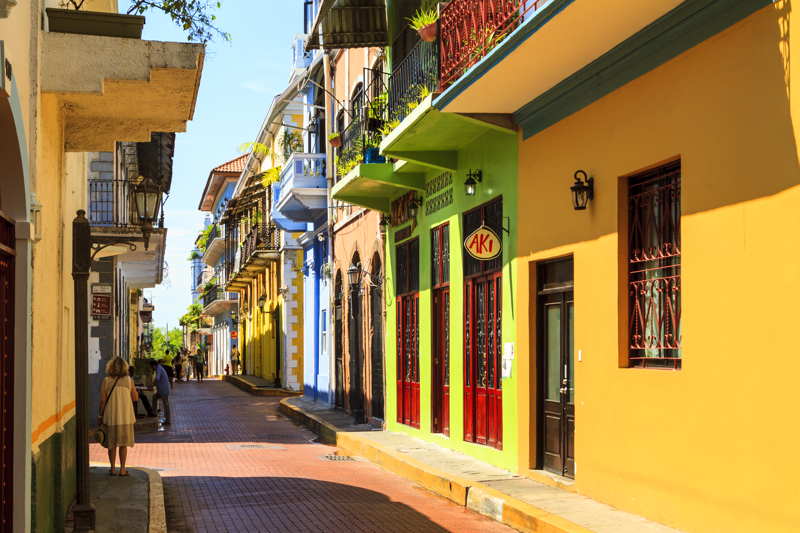 Article Name
Is Panama Safe?
Description
Find out the level of crime in Panama. While much of Latin America has a bad reputation, most expats report feeling as safe in Panama.
Author
Robin Post
Publisher Name
Live and Invest Overseas
Publisher Logo

Join Our Online Community At The Overseas Living Clubhouse

7 Very Good Reasons Why You Should Retire In Mexico

Las Perlas offers an island lifestyle reminiscent of the Virgin Islands back in the 70s, before those islands became overpriced...

Determination And Perseverance: Panama And Latin America In The 2020 Tokyo Olympics

7 Very Good Reasons Why You Should Retire In Mexico