Expats Speak: 5 Things We Love About Coronado And Panama’s City Beaches (And 2 Things We Hate)

Since it’s summer in Panama, we here at Live and Invest Overseas have been writing—and thinking, to be honest—a lot about the beaches lately. Beaches in Bocas. Beaches on the Azuero Peninsula. Beaches in the San Blas Islands. The Pacific Beaches. It’s hard sometimes to stay focused on work when there are soft sands and umbrellas and mojitos in such easy reach.

I’m of course partial to my little corner of the coastline near the Los Islotes development where we are building a house, but I understand that different people have different criteria for judging a beach. Time and again among my expat friends here in Panama I hear that I should be giving the Pacific Beaches just west of Panama City more credit—not only because of the quality of the shoreline itself, but because of the quality of life overall for resident expats.

To find out why some people are so partial to Coronado, Gorgona, and the other City Beaches so popular among the expat set, I put a callout to some expats in the area.

Here, in no particular order, are the five things people told me they love about their community (along with a couple things they said they hate).

Locals say the uncrowded sands of Coronado are perhaps its biggest appeal. The water is calm, the sand is fine and varies from white to salt-and-pepper to greyish volcanic depending on which part of the area you end up in. Jo Anne and Al Burrill settled in Coronado in 2010 after taking an organized tour (not unlike the ones we’ve started offering at Access Panama!) of several residential options in Panama. They have been commuting between there and New York ever since.

“We absolutely love walking the beach and we strive to walk at low tide every day for approximately five miles,” Jo Anne told me. “This is our main workout goal to stay in shape.”

Suzi Jensen and her husband Bob moved to Nueva Gorgona permanently last year after going back and forth between there and landlocked New Mexico for three years or so. “We found ourselves drawn to the beach,” Suzi says. “Something about the 24/7 sound of the waves, the salt air, the peace and tranquility, and walking the beach every morning…”

“The salt and pepper sand is so soft and great for walking,” Suzi says. “I collect sea glass and shells and have started drawing on the shells and making pictures with the sea glass.” 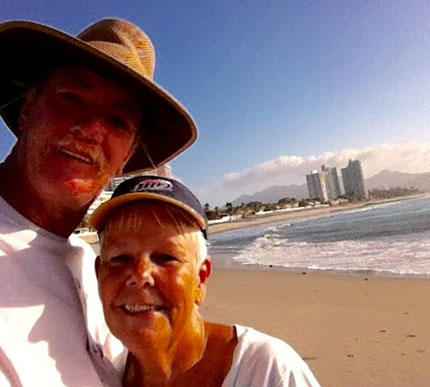 The City Beaches are as popular among Panamanians as they are among expats, and ther

e’s a good reason for that—they are convenient to the capital. You can be sitting in a beachfront bar about an hour after crossing the Bridge of the Americas outside of Panama City. Try that late on a Friday afternoon or Saturday morning, however, and the trip can be twice or three times that because of traffic.

Jo Anne and Al actually survive in Coronado without a car entirely, which is rare among expats in the area, relying on the local buses and chivas to get to and from the grocery stores and around town. Both Jo Anne and Suzi Jensen say they have mastered the art of using the buses to get to and from Panama City—for less than US$10 in the case of Jo Anne and her husband, and for US$2.50 in Suzi’s case.

It’s only been about a decade since Coronado and the City Beaches started popping up on the annual lists of great places to retire published by the likes of Kathleen Peddicord and other experts. In that short time, however, a thriving community of English-speaking expatriates has popped up and there is now no shortage of things to do and people to meet for people who choose to call it home.

Suzi and Bob Jensen live in a condo directly on the beach (they can ride an elevator down to the sand) and, when they are not relaxing at home, are usually relaxing with other expats in the immediate area. “There are several happy hours scheduled weekly to mix and mingle, art classes, card and domino games, and anything else we could want,” Suzi says. Everyone—including the Panamanians who live and visit the area—are friendly and helpful, she adds.

Jo Anne and Al have found a spiritual home (along with lots of friends) at the Coronado Bible Church and also have branched out into volunteer work to keep busy and give back to the community. There are several organizations, Jo Anne says, offering plenty of opportunities for those inclined to altruism.

Cari Collins and her husband settled in Coronado nine months ago after drafting a long list of criteria and doing lots of homework. She wanted to be near the ocean and golf courses, have access to great health care, be close enough to the States for trips for home, have decent (and affordable) shopping and other amenities nearby, and have plenty of opportunity for socializing. Panama’s City Beaches, she says, has not let them down. They have had no trouble settling in. 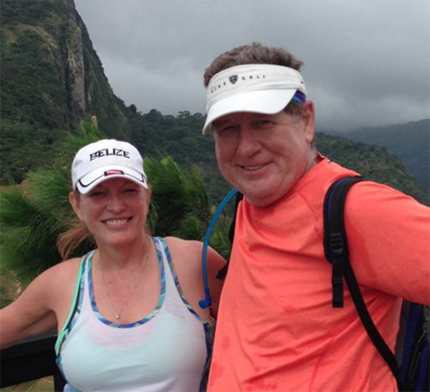 “I like that everyone here is in the same situation,” Cari says. “We’ve retired but still want an active life. Because we have that in common, it’s been easy to make friends. It’s easy to find things to do and it’s a great place for friends from home to visit.”

Cari wasn’t the only one who cited Coronado’s amenities as one of chief draws. Not so long ago, the area was something of a wasteland for modern grocery and retail shopping. Now, new malls seem to be sprouting almost every month and there is are no fewer than four clean, modern grocery stores within easy access from the beach communities—a Riba Smith for your high-end and imported needs, El Rey and Super 99 for everyday needs, and a Walmart-like Machetazo where the offerings extend beyond groceries into housewares and other essentials.

“We love all the new stores that have popped up in Coronado,” Jo Anne says. “When we first moved here, we only had El Rey to shop at. Now we have several choices.” She and her husband also like to go old-school every now and then: “We love the produce trucks where we buy our fresh fruits and vegetables.”

5. The Sunrises And Sunsets

A couple of folks in our focus group said the sunrises and sunsets on this corner of the Pacific are worth writing home about.

“I have to mention that I get up early every morning to see the spectacular sunrise and quite frequently go to the rooftop of our building to see the awesome sunset,” Jo Anne says. “We feel truly blessed living in Coronado and spending our retirement years here. When we can no longer physically travel, Coronado will be our year round residence.”

Interestingly, Suzi Jensen said that if there was one thing she could change about Coronado it would be the rising and setting of the sun. There’s just not enough daylight to do everything she wants to do, she says.

“I would sure like it to stay light later,” she says. “Since we are only 9° north of the equator, the sun rises and sets at the same time all year. Sunrise is 6:30ish a.m. and sunset is 6:30ish p.m. I sure would like longer daylight.”

What do people who live there dislike about Coronado? The answers were pretty much universal—the litter and the roads. It’s not unusual to be riding along Panama’s highways and see passengers chucking fast food wrapping, soda bottles, and other litter out the windows of the car in front of you. And, as anyone can tell you who has gone for a stroll along the beach after a long holiday weekend, they often don’t treat their beaches much better.

“We can see an effort has been made to clean up the beaches and the area but it still has a long way to go,” Jo Anne says. 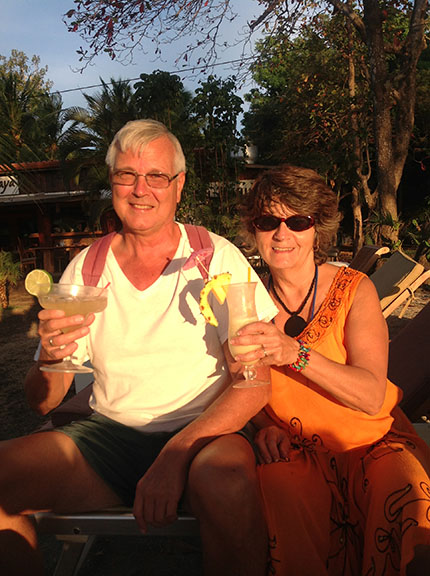 As for the roads, there seems to be little hope. Because it was conceived as a private beachfront community in the 1940s, the government is not responsible for maintaining the roads behind Coronado’s gates. The homeowners are, and they don’t seem to take that responsibility very seriously. Some of the roads look like they haven’t been improved in decades and sport potholes large enough to swallow a Subaru. Says Suzi Jensen: “There is an apartment we considered living at but taxis won’t even go there, the road to it is so bad.”

There you have it. Now that you have heard just why everyone is talking about Coronado and Panama’s City Beaches, why not come down and see them for yourself? We’ve still got a couple slots open for our March 9–12 Access Panama Property Tour. If that’s too soon, we just scheduled a whole host of additional ones through the spring. See you soon!

Insights On Living In Panama From Valentine Fouche

Insights On Living In Panama From Valentine Fouche