Malaysia: A Global Hub For Trade And Business With Breathtaking Beaches

Most people live near the west coast of Peninsular Malaysia, an attractive and ecologically diverse strip of land that borders Thailand to the north and Singapore to the south. Vibrant towns and cities, separated by long stretches of sandy beaches, make up the coastline on either side of the peninsula, while the rugged and less populated interior consists of cool jungle highlands, coffee and tea plantations, mountains, rivers, and caves.

Malaysia’s largest city, Kuala Lumpur (KL), sits in the west-central part of the peninsula. KL, with a population of around 1.6 million, is the economic heartbeat of Malaysia.

The Many Cultures of Malaysia

Of all the countries in Southeast Asia, Malaysia is probably the most culturally diverse. Fifty percent of the population belongs to the ethnic group called Malay. Malay are technically Muslim and practice a moderate form of Islam, but Malay women are liberated by Islamic standards. They drive cars, hold jobs, and enjoy equal rights with their male counterparts. Modern Malaysia prides itself on moderation and tolerance.

Eleven percent of Malaysians are indigenous to the area. Called the Bumiputra, or “sons of the earth,” most of the aboriginal population lives in Malaysian Borneo in rural communities, often in longhouses in the jungles and along the rivers.

Twenty-four percent of Malaysians are of Chinese descent. Many Chinese were sent to Malaysia as indentured servants (coolies), but others came here voluntarily, in search of opportunity. These ethnic Chinese retain their customs and language and have had a big impact in Malaysian culture. The Chinese are the most economically successful ethnic group in the country and own the majority of Malaysian businesses.

Ethnic Indians make up 8% to 12% of the population. They are descendants of the Tamil people of southern India brought to Malaysia by the British colonialists in the 19th century, often as slaves, to work on the tea and rubber plantations.

Malaysia is a regional and a global hub—for trade, for business, and for cultures. As a result, foreigners invariably find Malaysia to be an extraordinary place to partake in a diversity of traditions, foods, and festivals.

“Imagine starting your day with a strong cup of locally grown coffee, eggs, toast with coconut jam, and fresh fruit,” writes Asia Correspondent Wendy Justice. “Then take off for a morning shopping for the latest fashions. Afterward, drive for two hours along a modern highway to a tropical beach to take in the sunset as you sit down for a dinner of fresh seafood and fine wine.”

Now imagine that you’re doing all this for about one-third the price it would cost you back home. Welcome to Malaysia!

Guest worker programs bring sizeable numbers of Indonesians, Nepalese, and Bangladeshi to the country as laborers, and many executive positions are filled by expats from the UK, Australia, Europe, China, and Japan.

This ethnic diversity leads to variety in every aspect of life. Out of necessity and prudence, the government promotes religious harmony and tolerance. Clothing and customs are as varied as the population. Restaurants offer truly international cuisine, from Malaysian to Chinese, Indian, Thai, Japanese, Korean, Western…

English is spoken and understood by almost everyone. Many families speak the language of their country of origin at home, but English serves as a bridge language among the different ethnic groups. It’s also the language of business, most newspapers, television, movies, etc. Most college classes are conducted in English, though many schools also offer classes for English-speakers interested in studying the local languages.

The Malaysian government was on a mission to reach ‘First World’ status by 2020, and they made remarkable progress toward this goal. Modern divided highways serve the length of the Malaysian mainland, and almost all roads in Peninsular Malaysia are paved. Malaysian Borneo is less developed, with many areas of the interior accessible only by boat or plane, although one major highway runs the length of Sarawak, through Brunei, and into Sabah.

All towns of any size have airports, as do many of the smaller, more remote villages in Borneo. Cell phone coverage is reliable and inexpensive and extends even into the smallest villages. In KL and, increasingly, in other Malaysian cities, tap water is potable. The government has eradicated malaria throughout the entire Malaysian peninsula and, for the most part, in Malaysian Borneo as well.

Malaysia actively welcomes foreigners, offering incentives like Malaysia My Second Home visa program, granting 10-year-long-stay visas. And foreigners are eager to be accepted. Malaysians are friendly and gracious, the cost of living is some of the cheapest in the world, the health care is world-class (and affordable), and, to boot, Malaysia is a world-renowned foodie haven. In 2014 George Town was ranked the top food destination in the world by Lonely Planet.

Cost of Living in Malaysia

The cost of living in Malaysia, ranges from cheap to affordable, but also offers plenty of options for high-end accommodation and lifestyle. It’s easy to eat in a simple, local café for 8 to 10 ringgits (at the time of this writing, the U.S. dollar exchanges for about 4.16 ringgits, go here to exchange at today’s rate. 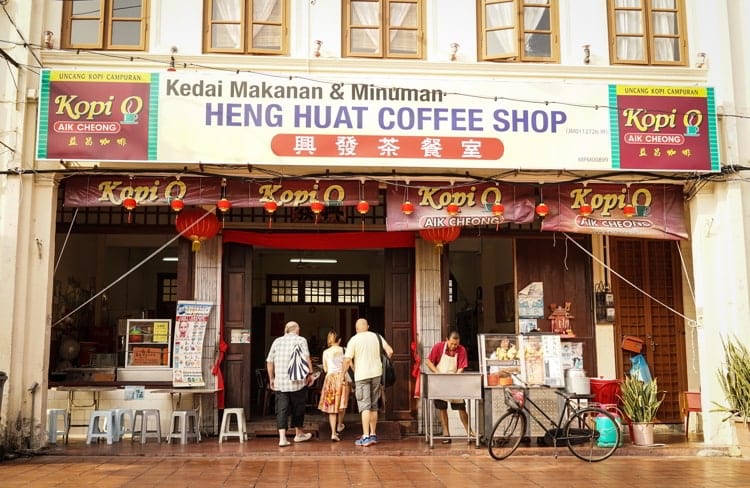 You can enjoy a drink in a café for less than 2 ringgits, and a beer for about 4. With plenty of choices at all price ranges, it’s also easy to go up market and pay 60 to 100 ringgits per person for a meal and 12 to 20 ringgits for a beer, more for wine—especially in a nice Western restaurant.

Another great bargain in Malaysia is the shopping–for everything from fine fashion and jewelry to pirated DVD’s and phony Ray-bans. Most street markets have vendors selling hot food, prepared as you wait. Enjoy a dinner of fresh fried chicken, coconut-flavored rice, and a vegetable for less than US$3…for two. If your bargaining skills are up to it, you might even be able to negotiate down from there. Note that the markets in Malaysia, unlike those elsewhere in this part of the world, often have fixed prices, meaning the price is the same for foreigners as it is for locals. 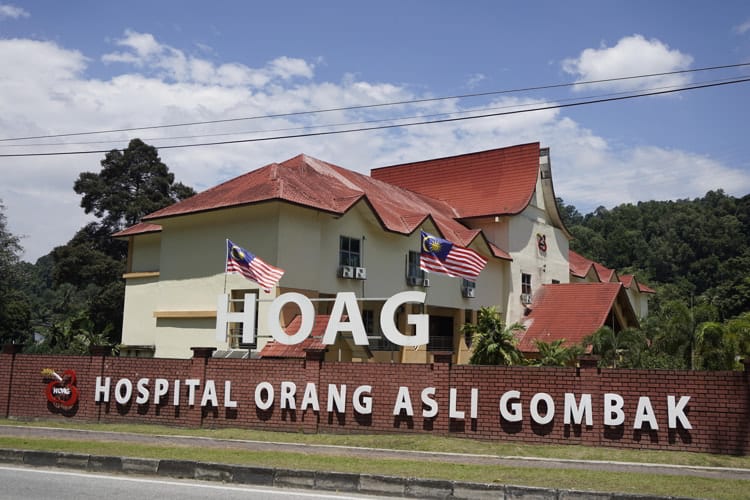 Malaysia has been promoting itself as a medical tourism destination, and the major cities (especially Kuala Lumpur) offer state-of-the-art medical care at a fraction the cost you’d expect to pay for comparable care and procedures in other parts of the world, especially in the United States.

Flights go to locations throughout Southeast Asia and beyond.  There are direct flights from Taipei, Hong Kong, Singapore, Bangkok, Phuket, and Seoul, as well as a few other international cities.

If you are flying from Europe or the Western Hemisphere, you can  find  relatively  inexpensive  flights  to  the  award-winning  airports in Kuala Lumpur (KUL) or Singapore (SIN), as well as Suvarnabhumi  Airport  in  Bangkok  (BKK).

Best Places To Live In Malaysia 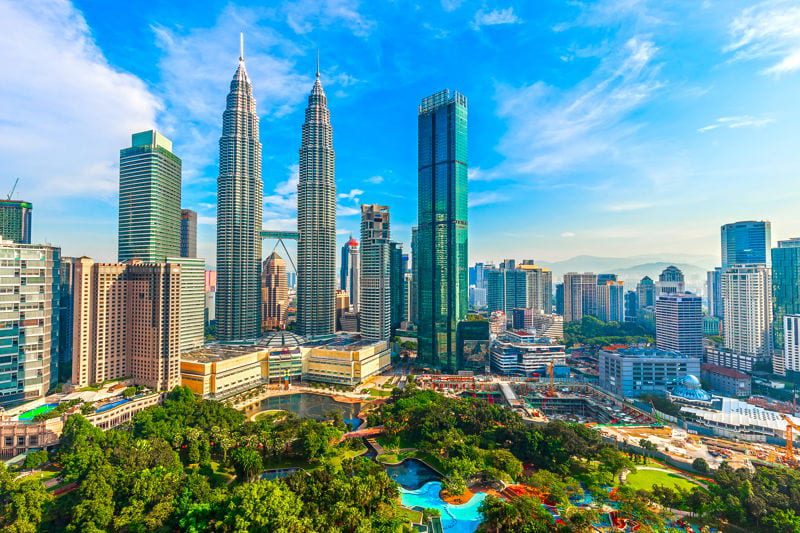 Kuala Lumpur, located in the heart of the Malaysian Peninsula, is a city of contrasts. It is also one of the world’s most affordable, exotic, and, at the same time, fully appointed and comfortable places to retire. 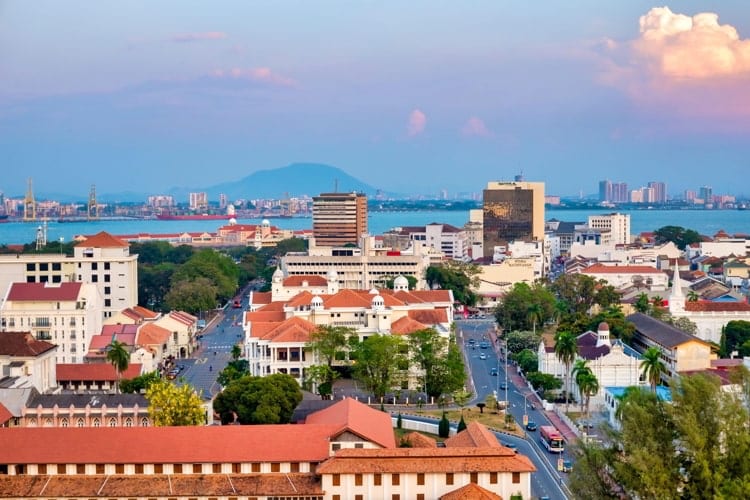 George Town on Malaysia’s Penang Island (called the “Pearl Of The Orient”) is Asia’s premier city for expats. This colonial, UNESCO town is a thriving cultural center and a major hub for expats in the region. Founded by the British in the late 1700s, this historic city offers some of the world’s best overseas living.

George Town is home to a wide range of expat groups, so it’s easy to make new friends. For example, the International Women’s Association has a very active social life. Choose from hill-trekking, yoga, tennis, a photography club, golf, bridge, and canasta, a choir, a book club, and bowling. And a Hash Club isn’t what you might think. If you’re male, enjoy running, and want to follow a paper chase that ends with cold beers, this could be your thing. Many expats work here, which adds to the cosmopolitan buzz. 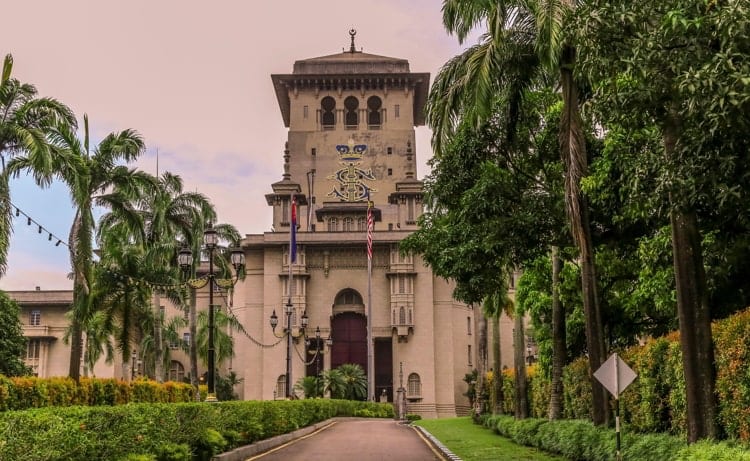 From its location at the southernmost tip of the Malay Peninsula, Johor Bahru is little more than a stone’s throw north of Singapore. Connected by rail and road, the two cities share   a   dependent   economy. Singapore shoppers flock to Johor Bahru to take advantage of lower prices due to the comparatively weaker Malaysian currency. And more than half of Johor Bahru’s men and women head to their workplaces in Singapore every day,taking advantage of the higher wages there.

Foreigners living here can take advantage of both worlds, enjoying the low Malaysian cost of living in Johor Bahru and the   rich cultural diversions of Singapore. As intertwined as the two areas are, however, Johor Bahru (JB to the locals) is more than just a bedroom community or a second-rate border town. A flurry of  new investment and development has made JB a city well worth considering when exploring overseas living.

Cost of Living in Malaysia

On English-speaking islands you can enjoy island life with some of the familiarity of home. Visit or relocate to any...

Kuala Lumpur: The Key To Unlock The Wonders Of Asia

Bukit Bintang (meaning "Star Hill")—a lively neighborhood in the heart of Malaysia’s capital Kuala Lumpur—has, at its heart, the food...

Malaysia’s MM2H Program Gets Even Better Malaysia is an attractive place for foreigners to call home....

The Global Nomad Lifestyle: A Journey To Personal Freedom

We've all read axioms about travel... "It's not the destination, it's the journey... " Or this from J.R.R. Tolkien: "Not all those who wander are lost... " Or this gem from Caskie Stinnett, which rings so true to me: "I travel a lot; I hate having my life disrupted by routine." Why, when choosing to retire abroad, must it be a matter of exchanging one home in one location for another in a new location? One daily routine for another?...

The Five Best Places In The World To Start A Business

10 Best Beaches In The World