All You Need To Know About Crime In Belize

Literally: When a thief steals from another thief, God laughs. (When thieves fall out, honest men come into their own)

Security is a concern for many people moving to new places, and I’m often asked about safety and gun ownership in Belize and my experiences here.

Belize can be a wonderful sun-and-fun-filled place to live, but like anywhere, there are some things to be aware of.

The first thing I tell people about crime in Belize is that Belize does not have organized crime like we see in Mexico, Guatemala, and other countries in the region. There are no drug cartels fighting for dominance or control. Luckily, our sleepy little country seems too small to interest nefarious groups in the region.

The Cayes, Cayo Region, Northern Belize, and the Deep South are all more preferred locations for expats to move to. So, while statistically in Belize there is some serious crime, it is usually localized to certain areas of the city. Interestingly, even among the worst gangs in Belize City, the idea of harming a police officer is forbidden. The fact that the population of Belize is so small, and that everyone seems to be related to each other (including police and gang members), helps to calm the situation.

Kidnappings for ransom are practically unknown—the only instance I am aware of in all my time in Belize was resolved in hours when the entire village was alerted and a group of 200 locals and police mobilized—retrieving the couple unharmed and with no payment even considered.

Personally, I spent four happy years living and working in Belize City and didn’t experience, or even see, a single incidence of real crime.

How To Stay Safe In Belize

I always tell people that the best way of remaining safe in Belize (as with anywhere in Central or South America) is to:

I have lived in Belize for nearly eleven years now. I have lived in rural Cayo (alone and away from neighbors), in San Ignacio town, and, as I said, four years in the much-maligned Belize City (where I found myself on the wrong side of the tracks assessing my late-night street food options regularly and without incident).

I have never felt threatened by anything more than a couple of spider sightings, my neighbor’s terrifying 180-pound dog (who took an intense dislike to me after I wouldn’t share my tacos with him), and one unhappy ex-girlfriend who,I admit, might have had good reason for that. Belizeans are passionate people.

I have experienced petty crime while in Belize. I had a weed whacker disappear after I left it outside for two weeks when I went back to Ireland. At the time, I was living in town, in a low-rent neighborhood, so it was probably my own fault.

On another occasion I left my house unlocked, and was relieved of the contents of my fridge and alcohol cabinet, but nothing of real value was taken. I have friends whose handbags disappeared when they left them in public parks, but conversely, I have seen others nearly stampeded by local panhandlers rushing to return lost wallets and bags (admittedly with the hope of a beer or two as a reward).

People commonly have burglar bars on their windows in Belize, which usually provides reasonable protection from petty theft. Those living in residential developments or condo units usually have less need for any of the extra home security measures discussed here.

The best safety mechanism, in terms of your house, is to remain on good terms with your neighbors. A watchful eye on your home while you are away is very helpful.

There is practically no vehicle theft in Belize, probably because there are only four highways, and there is a police checkpoint at the start and end of each of them. There is just no way to easily move a stolen vehicle. On the off chance that your car did go missing, it would probably mean someone had drunkenly borrowed it to get home and it will turn up the next day.

Expats and tourists are more likely targets  of petty crime due to perceived affluence. Again, practice personal security and be aware of your surroundings at all times. Some of the most common incidents include pickpocketing, hotel room theft, and break-ins.

Beware of frauds while attempting to purchase land. Corrupt officials are allegedly involved in illegal land title transfers. It’s best to hire a Belizean attorney with a good reputation when purchasing land. Another fraud to be aware of is debit/credit card fraud, which most often occurs in the tourist areas.

Generally, Belize is a friendly, welcoming society, but women who travel alone or in the company of another woman should be especially attentive, especially when in public alone. Also,unfortunately, violence against LGBTI+ individuals has been reported. Despite this, Belize remains a popular destination for LGBTI+ travelers, and Pride festivities have occurred without major security incidents.

Like most places, gun ownership in Belize is a privilege, not a right. Strict gun laws mean draconian measures are on the books for those found with any unlicensed guns or ammunition.

There Are Three Classes Of Gun Ownership In Belize:

Licensed for the protection of livestock from predators and vermin on your farm, however  the size of the farm or vermin does not really matter. The weapon should only be taken off your farm once a year to get relicensed at the district police station.

Rifle or Shotgun. These can be carried openly but must be unloaded and in a case or wrapped in cloth if in towns or villages. Non-Belizeans are also supposed to buy hunting tags for some specific game animals. Hunting is a popular pastime in Belize, and while many animals are protected, specific hunting seasons are in place for plenty of non-endangered game animals. This is one of the main situations that justify gun ownership in Belize.

This license covers the right to carry a concealed sidearm or—much less commonly—a pump-action shotgun for security or self-defense. These licenses are vetted by the police before they can be issued. This last option for gun ownership in Belize would only be allowed in very special circumstances.

Gun ownership in Belize allows you the right to defend yourself, your loved ones, and your property, but not the right to an overly aggressive or pre-emptive response to a perceived threat. An intruder simply being on your property, outside your house, would not be enough cause to take lethal action. However, the law allows you to defend yourself if your life is actually threatened.

Gun ownership in Belize  is not granted to people who are in Belize on tourist visas—you would need a work permit or some form of legal residency at the very least to qualify for a license.

Being able to show a genuine need for a Special Protection License makes the approval process easier. Anyone operating a business that carries cash, women living alone, anyone spending time in remote areas, or even an elderly couple, can make the argument that they need a gun for special protection. However, you can’t claim a special need just because you want it, nor can you expect to import your entire arsenal from your home country.

How To Apply For Gun Ownership in Belize

When you apply for a license you must pass a background check. It includes your criminal background, a mental health and medical check, and previous firearm ownership records. If you are granted a license it will initially be for one gun only. Along with the background check, you have to understand firearm safety and the law. Also, in order to qualify for gun ownership in Belize, you must pass a theoretical test and/or a practical training course. With time you can apply for more licenses, up to a reasonable limit.

In Belize, authorities maintain a record of individual civilians licensed to acquire, possess, sell or transfer a firearm or ammunition. Once a license for a specific gun has been granted, you can purchase the gun locally from an authorized dealer. If the model you have a license for is unavailable, you can import one of your own. Licensed firearm owners in Belize are permitted to possess only the number of firearms indicated in the license

The process for legally exporting a gun from your country of origin varies by country, but regardless of how the weapon reaches Belize, in your checked luggage, by post, or into the Port of Belize, it must have been declared before its arrival and will be impounded until registered by the police department. This simple last step requires a police constable to collect the weapon from the port of arrival and convey it to Racoon Street Police Station in Belize City, where the serial number is logged, and your gun license is issued. The license itself is about half the size of a standard sheet of paper, so you’ll need to miniaturize and laminate it, to ensure you can always carry it with you. 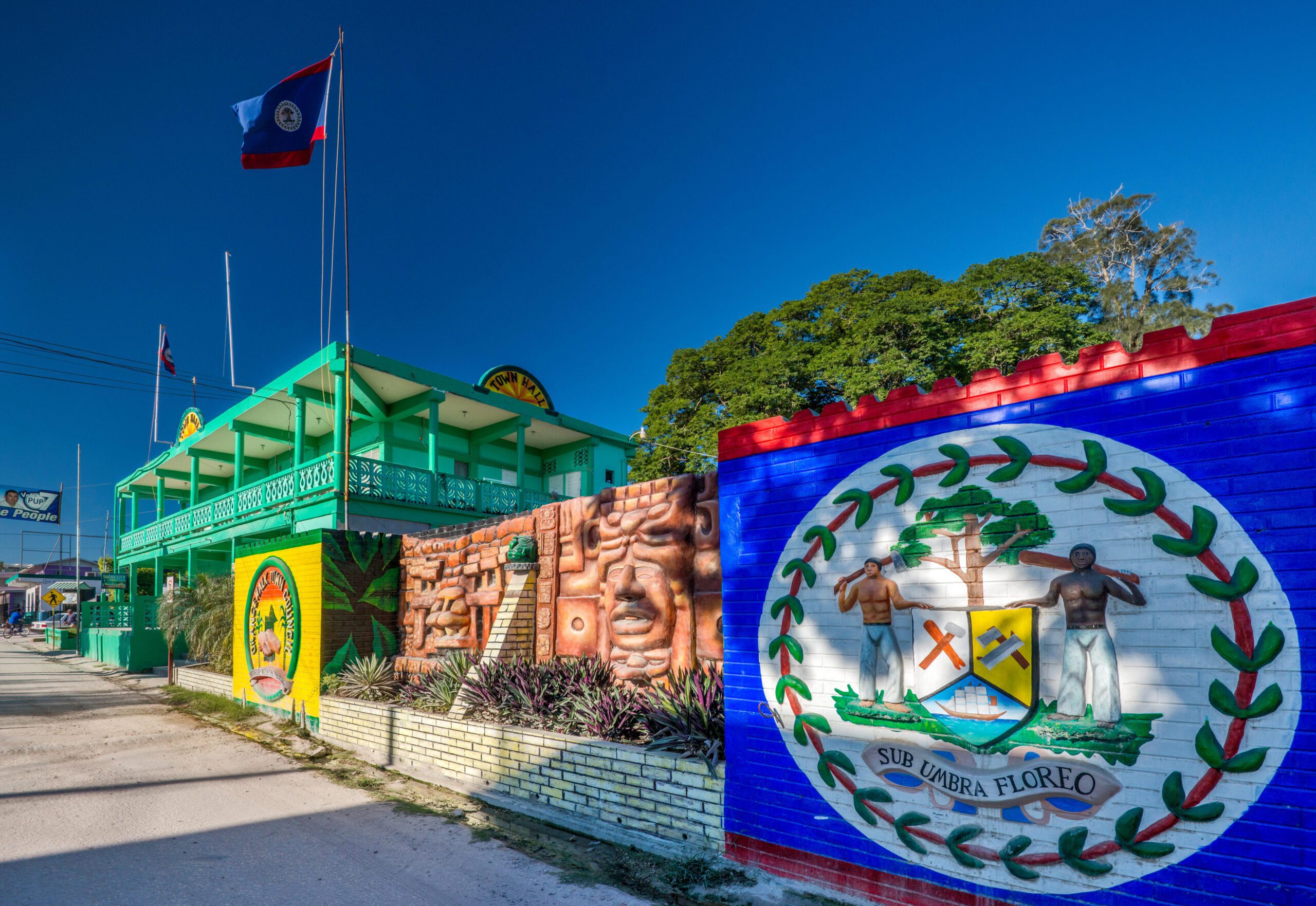 How Cyprus Gave Me My Happily Ever After

Why The American Dream Stretches Far Beyond U.S. Borders

Why The American Dream Stretches Far Beyond U.S. Borders