Is Panama Still A Good Place To Retire Overseas?

by Kathleen Peddicord
in Panama, Retirement/Living
0

Is Panama 2022 still a good choice for retiring overseas?

The answer is yes… with caveats.

I was the first to suggest Panama as a good choice for any North American looking for a place to retire that was sunny and cheap.

I didn’t recognize the flaw in the instruction, though. I was telling North Americans to consider Panama for warm-weather affordable retirement… not realizing that the suggestion was nonsense.

You aren’t retiring to Panama… not then nor now… any more than you’re retiring to the United States. When retiring anywhere in the world, you’ve got to thin-slice your options.

Over the past 25 years, Panama has developed into very different regions… each of which makes more or less sense for today’s retiree looking to reinvent his life overseas.

Let’s consider the specific options one by one…

Generally, I no longer recommend Panama City for retirement. This city is not the screaming-bargain retirement option it was years ago when I first brought it to the attention of would-be retirees.

Panama City has evolved over the past 25 years into a global business hub, a boom town attracting investors, entrepreneurs, executives, and opportunity seekers from around the world. Panama’s capital is a competitive financial services center and a banking haven. Big businesses from Dell and Procter & Gamble to Caterpillar, DHL, and Dole Food have based themselves here, invested in brick-and-mortar operations, and imported and attracted foreign workforces that total in the tens of thousands.

All this global attention and demand has translated into a steadily rising cost of living. It has also meant continued development of city services and of the available standard of living. Panama City 2022 deserves a place among the world’s brand-name cities for the bona fide luxury-level lifestyle it hides.

I say hides, because “luxury” probably isn’t the word to come to mind to describe Panama City when you see it for the first time. You don’t recognize that luxury’s on the table until you’ve glimpsed beneath this city’s grimy, gritty, sweaty exterior.

In Panama City 2022, you can rent (or own) a Pacific Ocean-view penthouse apartment with a doorman, a concierge, a gym, a spa, and pools with poolside bar service… all the comforts of penthouse living in any brand-name city.

You can have a driver, a maid, and a chef…

You can eat out in five-star restaurants every night of the week. You can spend your days shopping for Hermès, Cartier, and Jimmy Choo and your nights hopping from club to club or engaged in high-stakes poker playoffs.

Each Friday (or Thursday… why not?), you can take off in your SUV for your beach house or hop aboard your yacht for a weekend cruise…

That kind of jet-set lifestyle is common in Panama City.

If that’s the kind of lifestyle you dream of for your retirement, then put Panama City at the top of your list, because luxury living Panama City-style is a relative bargain. That penthouse, the SUV, all the staff, all the nights out, all the weekends at the beach, and all the paraphernalia required to support it all comes at a fraction the cost of a comparable lifestyle in, say, Miami. You could have it all for as little as, say, US$5,000 per month.

You can live in Panama City on much less than US$5,000 per month, but life in this city can become a whole lot less comfortable on a more limited budget… which is why I no longer recommend Panama City as a top retirement haven.

Top luxury lifestyle haven, yes… ideal retirement choice, not so much. You have better city options if it’s a cosmopolitan retirement you seek.

The biggest downside to Panama City living on any budget or with any agenda is the weather. It’s hot and humid year-round. Thus the need for a weekend beach house…

Retiring In The City Beaches Area 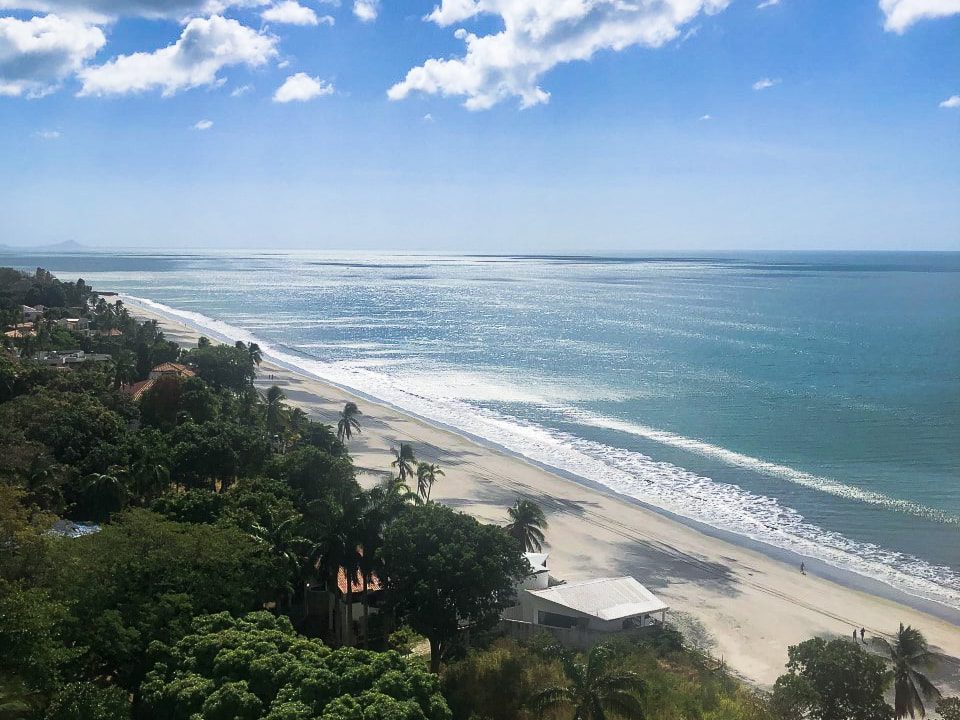 Every Panama City resident who can afford one has a weekend escape in what’s known as the City Beaches area.

Coronado, the best known of the points along this stretch of coastline, is not a luxury living option. Coronado is mid-market and overrun with tourists, foreign and domestic. That’s a good thing for the rental property investor… but doesn’t make for an ideal get-away-from-it-all beach escape.

Other City Beaches spots, though, offer both five-star comfort and privacy at a fraction the cost of a fully appointed coastal good life most anywhere else I can think of.

Retiring On The East Coast Of The Azuero Peninsula (Chitré, Las Tablas, And Pedasí)

The east coast of Panama’s Azuero Peninsula has been attracting retirees for the past 15 years and remains an appealing option for a more rustic coastal lifestyle. More shopping and services all the time but not the great variety of top-line condo and beach house options you find along the City Beaches coast.

Retiring On The West Coast Of The Azuero Peninsula (Mariato, Torio, And Los Islotes) 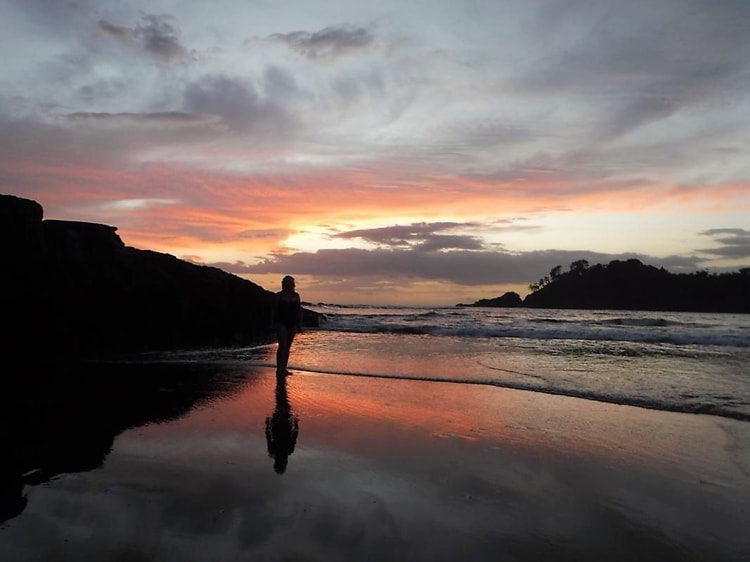 When Lief and I began spending time on this coast 25 years ago, no one else had ever heard of it… not foreign investors and not Panamanians either.

Azuero’s western coast is remote and undeveloped; services can be unreliable, roads rutted.

The flip side of remote is private. For us, that was a priority agenda when we targeted this stretch of the Pacific.

Today, services are catching up… as are other foreign investors and tourists, especially fishermen and surfers. This is not only one of the most beautiful stretches of coastline in Panama but in the world, and both the fishing spots and the surf breaks just offshore are, likewise, world-class.

Wealthy locals feeling crowded at the City Beaches these days are beginning to move out to western Azuero. Those choosing to make the longer drive for their beach escapes are rewarded with more elbow room, lower prices, and, for my money, much more impressive land- and seascapes.

Say “Panama” and “retirement” in the same sentence, and most listeners hear “Boquete.”

The tiny mountain village of Boquete was targeted for development for the foreign retiree market by one gringo developer in particular named Sam Taliaferro. Sam introduced me to Boquete on the day that he closed on the piece of land he eventually developed into Valle Escondido, one of the best-known private expat communities in all Central America.

In addition to his Valle Escondido development, Sam invested in restaurants, hotels, and a golf course in Boquete, all intended to attract the foreign retiree buyer.

As a result, Boquete 2022 is home to one of the biggest communities of foreign retirees in the world. That has its advantages and its downsides.

More English is spoken on the streets and in the cafés of Boquete than Spanish, and the foreign retiree never looks far for other foreign retirees to pal around with. The retiree moving to Boquete doesn’t have to learn a new language if he doesn’t want to and has an instant support network to help with all phases of the transition.

Maybe that sounds like just the kind of place you’re hoping to find for your overseas retirement reinvention or maybe it sounds, as it does to some, like a gringolandia you’d rather avoid. Lots of foreign retirees with lots of time on their hands and not enough to fill all that time can be a formula for discontent. Idle hands and all…

Santa Fe is a lovely mountain village with a small local population and limited infrastructure and services, a beautiful, tranquil, picture-postcard highlands escape.

As in Boquete, the climate is more comfortable than down at sea level.

Life in Santa Fe could be simple, safe, and super-affordable. This is a place where you could live on as little as US$1,000 per month if you’re up for going very local. In truth, you have no choice.

Why Moving To Portugal Should Be The Next Thing You Do