My Best Advice For Anyone Considering A Move Overseas

by Kathleen Peddicord
in How to, Lifestyle
0

Nearly 20 years living overseas, in Ireland, Panama, and France, have taught me…

1. Patience… the kind of patience you learn doing time…

I once stood at the counter of a small grocery shop in Panama City watching as the young man on the other side of the counter tried to tally up my purchases. One item I’d presented was missing a price tag, so the young man walked from behind the counter to the back of the shop to find a matching item that did show a price. Several minutes later he returned.

When he looked down to enter the amount into his adding machine (the shop didn’t have a cash register), he noticed that it was out of paper. He walked from behind the counter again, this time disappearing behind the door to the left. Several minutes later, he returned with a roll of adding machine paper.

After adding up my few purchases, he reached beneath the counter for a bag to put the groceries in but found he was out of bags, so he came out from behind the counter and disappeared again behind the door to the left. Several minutes later, he returned with a single plastic bag. Four other customers stood in line behind me. I guess he was counting on them not wanting bags.

I handed him a 10-dollar bill and a 5-dollar bill. The young man reached beneath the counter for the cigar box where he keeps his change. No singles. He called out to the young woman stocking shelves, who finished what she was doing then joined the young man behind the counter and counted out change for me from her apron pocket. 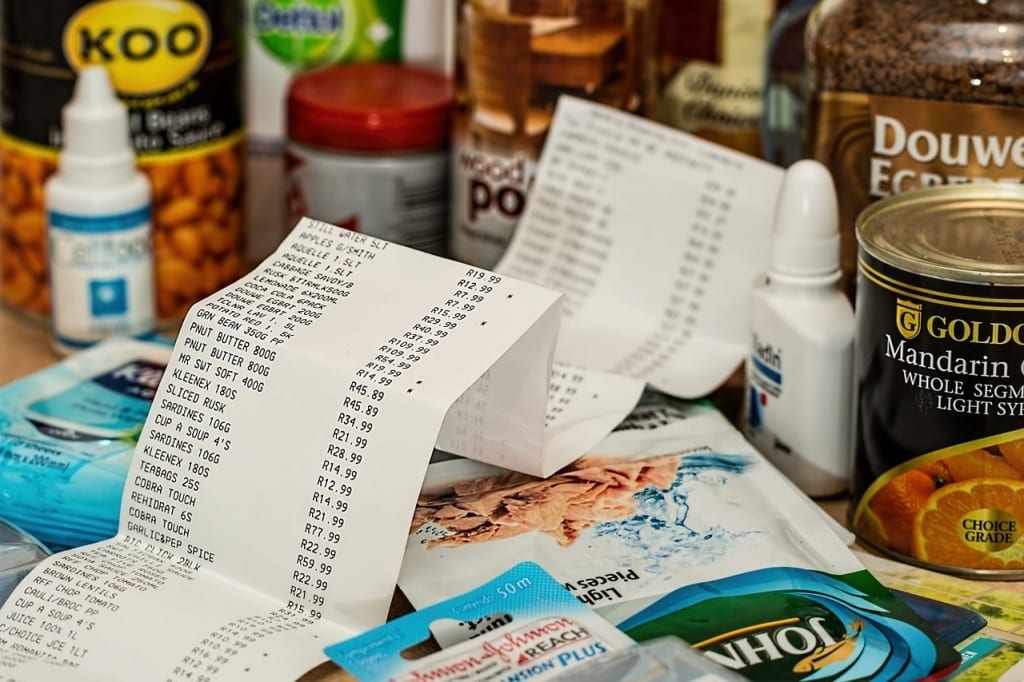 Will the corner grocer open his shop at 9 a.m. as his sign indicates… or will he open later… or at all?

Will the lady behind the counter in the immigration office accept my prepared dossier or request additional paperwork not indicated in any of my four previous conversations with her?

Will the banker cash my check or question the signature (as happens for me with bankers in Panama City a couple of times every month)?

Will the car in front of mine turn right from the right-hand turn lane we’re both in or will he turn left across two lanes of traffic?

Will the delivery man show up on Thursday as promised? Sometime this week?

Will the waitress return with my order?

I’ve come to see these as philosophical rather than practical musings and have trained myself not to be surprised when the answer is, as it often is, contrary to expectations. 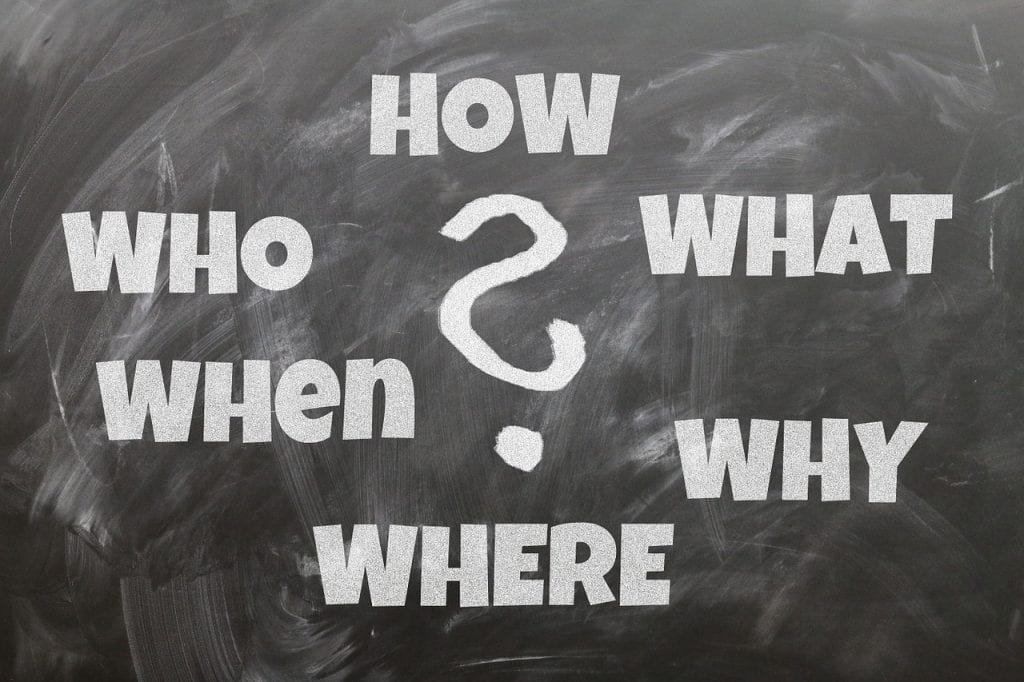 3. Not to mind not understanding what’s going on around me…

Why is that work crew digging another hole in the middle of that street? They dug a hole in that same spot and then covered it over last week. Why dig another one… and why do it now, during morning rush-hour traffic?

Why has the government changed such-and-such national holiday from Friday to Monday (as can happen in Latin America)?

Why does the landline phone go out every time it rains?

Why is the electricity out… and when will it be restored? 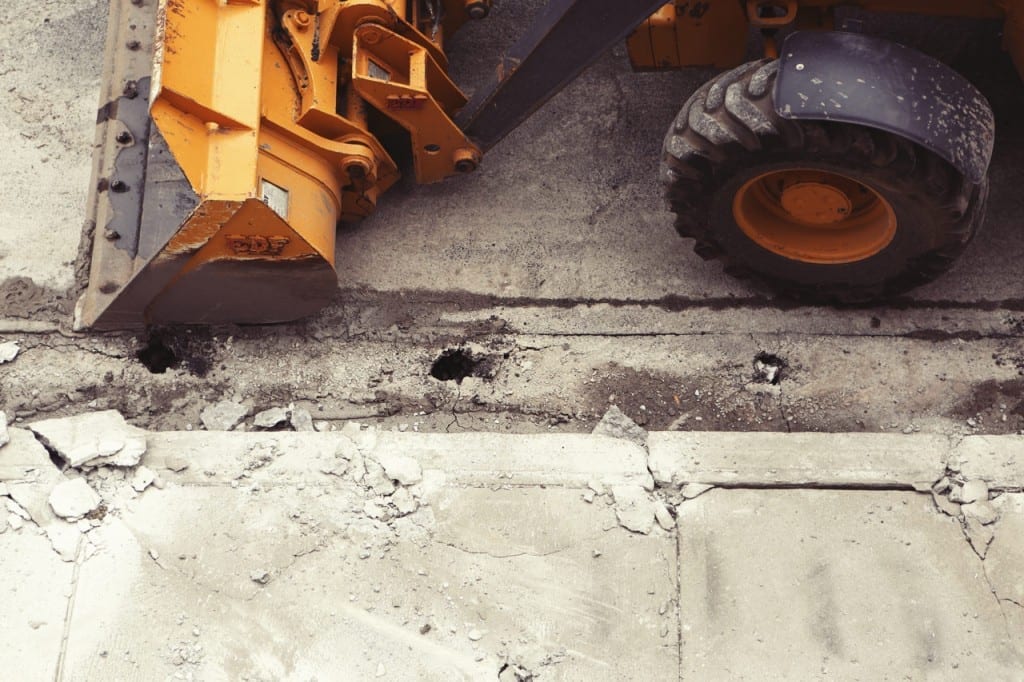 4. Not to be bothered by things that don’t matter…

5. To savor the “Nutella” moments…

The frustrations and challenges of living in a foreign country, especially in the developing world, are many, but so are the moments of extraordinary discovery and delight. Seeing the look of unadulterated pleasure on my 5-year-old son’s face the first time he tried a Nutella crepe when we were living in Paris was one.

As were celebrating my daughter’s 16th birthday at a café on the Left Bank of the Seine with a view of the Louvre… the first time my husband and I dined at a rooftop restaurant in Istanbul overlooking the Bosphorus… the scene of white sheep in rolling green fields outside my bedroom window in Ireland all those years… the view of the long line of ships awaiting their turn for passage through the Panama Canal that I see from my bedroom window now every morning… kayaking with the kids down the Macal River in Belize… watching my children learn to ride horseback in the field behind our home in Ireland… rocking in a big wicker chair on the front porch of the Alhambra Hotel overlooking the main plaza in Granada, Nicaragua, the oldest city in the Americas, as life carries on as it has in this spot for centuries… 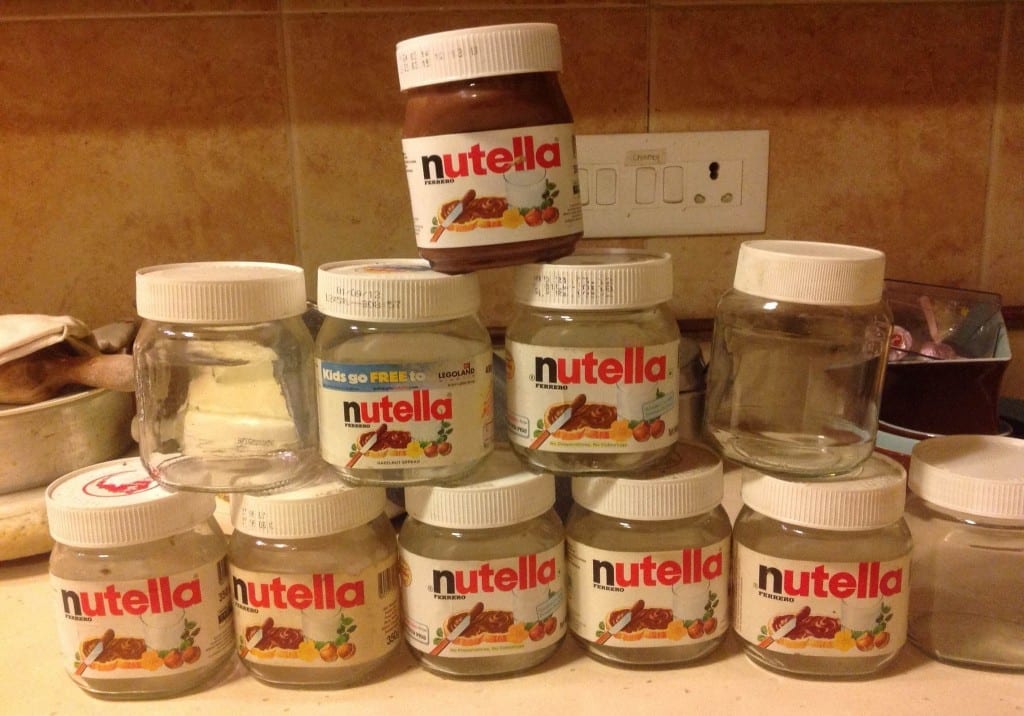 My mother helped me to pack up my house in Baltimore in advance of my move from the States to Ireland years ago. Standing on a stepstool in front of an open kitchen cabinet, she asked, “What do you want to do with all this?”

I glanced over and told her to put everything in the cabinet into a box and then to take it home with her.

“But all your teas… your spices!” she replied. “You can’t just give all of this away!”

To make the move from Baltimore to Waterford, I had to clear out a three-bedroom house, a basement, an attic, and a garage. That required a lot of letting go. At the time, it seemed hard to give so much away. Now I smile and shake my head at the thought that a reluctance to part with the paraphernalia of my life to that point could have stood in the way of launching the new life I’ve enjoyed all these years since. 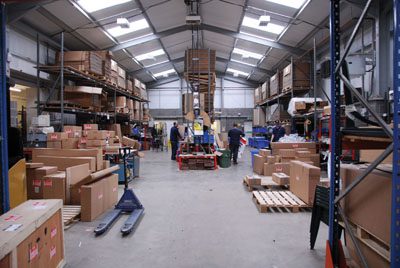 7. To bloom where I’ve planted myself…

Ireland was cold, drizzly, and gray more days than it wasn’t, and Waterford, where we were based for seven years, was (is) a backwater. Panama City, where we lived for nine years, is hot and humid every day of the year. It’s also a boomtown, meaning congestion, chaos, and crazy traffic.

In Ireland, I could have complained that I missed sunshine and the trappings of a real city, as I did, and, in Panama City, I could complain about the tumult. The truth is, sometimes I did.

You have to remind yourself of the big-picture reasons why you are where you are. Ireland was the best place for me and my family when we were there, weather and nightlife notwithstanding, and the same was true for Panama City. 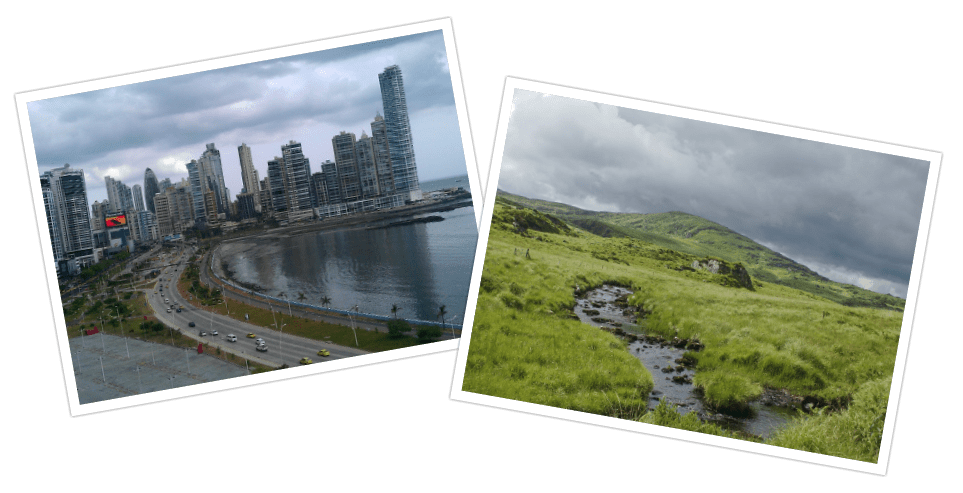 I began learning about letting go that afternoon with my mom in my Baltimore kitchen. My graduate lesson in the exercise of downsizing came in Paris. We relocated with two children from a 5,000-square-foot house in Waterford to a 1,100-square-foot apartment in the City of Light. I stored my son’s clothes in the china hutch in the dining room and his toys and games under his bed. My husband and I shared a single desk in the living room when we worked at home (as we often did), and the four of us ate dinner each night at an undersized table that was like something out of “Alice in Wonderland.”

And I wouldn’t trade a single day in Paris or a single memory of our years there for any number of additional square feet of living space. 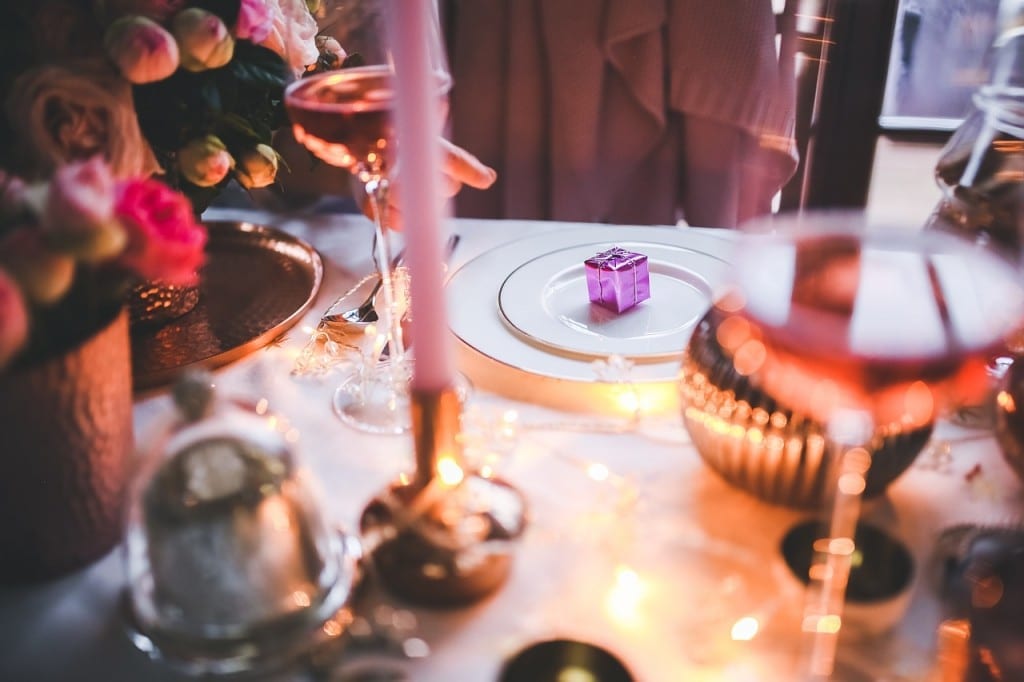 I’m a resourceful, self-reliant, Type-A American woman. I can take care of myself. However, living overseas, I’ve learned that sometimes life is easier and more fun when I don’t. In Panama, we were able to afford a full-time maid. It’s an indulgence I wouldn’t have considered, living in the States, but the help around the house sure was nice.

10. To abandon any idea I ever had about “normal”…

What’s a “normal” way to celebrate a child’s birthday (in Panama, the piñata was key) or to shop for a Christmas tree (in Panama City, we bought ours out of a local wholesaler’s refrigerated meat locker)? More seriously, what’s a normal way to raise children or run a business? My family thought I was crazy to move my 8-year-old daughter from Baltimore to Waterford and to give birth to my second child in Ireland. They still think I’m crazy, I guess, for running my business in Panama.

I used to worry that our lifestyle might translate down the road into years of psychotherapy for our two children. Today, though, they both speak three languages and have a global perspective that makes me both proud and optimistic about their future prospects. Whatever life throws at them, they’ll be fine.

Not normal, maybe… but fine.

Why Belize Is Such A Great Fit For Canadian Snowbirds

Our Lives Are International, But Panama Feels Just Like Home

For me and Belize, it was love at first sight. From the first morning I arrived in Belize City, some...

Living In Medellin, Colombia: What’s Not To Love

4 Reasons Life In Medellín, Colombia, Might Not Be For You

Ranking Medellín, Colombia, As A City For Digital Nomads

Our Lives Are International, But Panama Feels Just Like Home

Your Report Request has been successfully received. Our FREE REPORT is flying straight to your Inbox Email Address.