Facts and Figures from Nicaragua...

Nicaragua: Affordable And Home To The Oldest And Most Romantic City In The Americas

Nicaragua is a land brimming with potential. As Central America’s largest country it has an incredibly diverse landscape with breathtaking natural features. Boasting two coastlines—Pacific and Caribbean—the largest freshwater lakes in Central America, rainforest, jungle, and 19 active volcanoes, Nicaragua is an exciting destination for expats with an adventurous spirit.

Located just north of the equator, Nicaragua is sandwiched between Honduras and Costa Rica. The Pacific Ocean lines Nicaragua’s west coast while the Caribbean Sea borders its east coast. The majority of Nicaragua’s cities, including the capital Managua, are found along the Pacific lowlands. Nicaragua has a tropical climate with warm weather all year round, apart from a brief cooler spell from November to January. 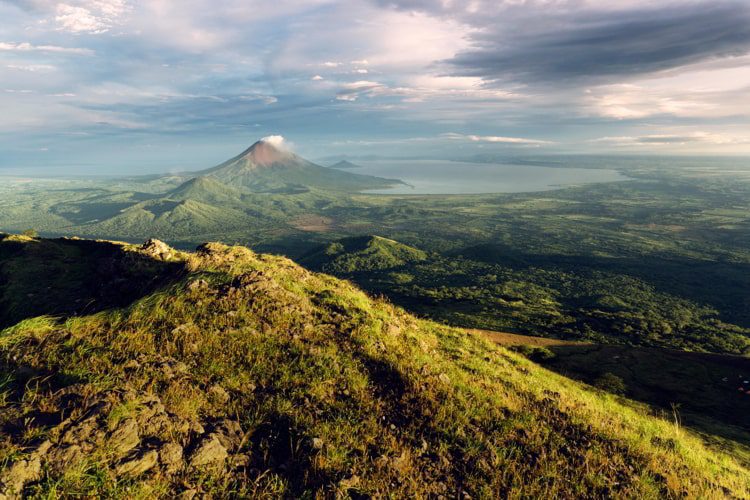 Nicaragua has had a turbulent history… After being colonized by both the Spanish and the British, Nicaragua eventually gained independence in 1838. Since then, Nicaragua has experienced dictatorships, guerilla war, political unrest, and devastating natural disasters. Today the situation in Nicaragua is unstable, with president Ortega overseeing a violent campaign against the opposition, human rights defenders, and journalists. We are hopeful that the situation is soon to improve, and once the political situation stabilizes, Nicaragua will be a prime retirement destination.

Relocating to Nicaragua means enjoying sunshine all year round. Temperatures hover around 80°F on the west coast, with a refreshing breeze coming in off the sea. To the east of the country, temperatures are slightly lower, while rainfall levels are high; up to 4,000 mm per year. For the climate alone, it is clear why most of the population chooses to live in the west of the country. The Pacific coast’s dry, warm weather is perfect for exploring Nicaragua’s beautiful landscape. 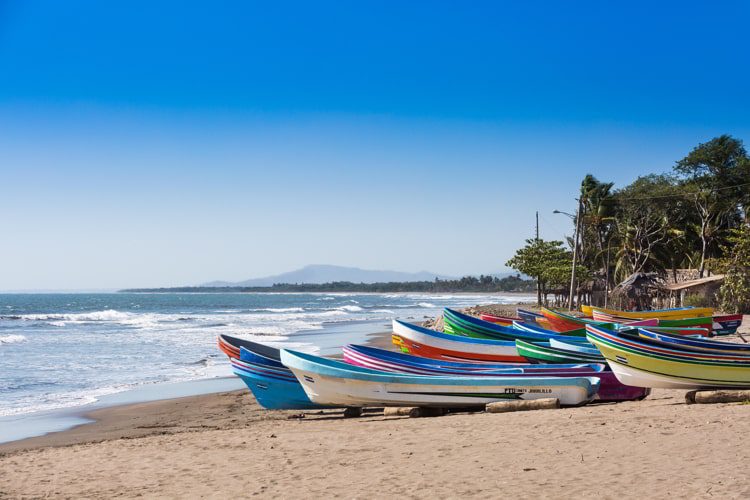 As a result of the political unrest in recent years, the country’s infrastructure has been neglected. Only one-third of Nicaragua’s roads are said to be in good condition, while the rail service is minimal. In 2021, nine projects were launched by the World Bank in Nicaragua, with improvements to infrastructure being a priority.

You can survive in Nicaragua with no Spanish, but to integrate into the local community and make your day-to-day life easier, taking some Spanish classes is definitely recommended. People working in the tourism sector will have some English, and select communities on the Caribbean coast speak English after being under British rule. Other than that, you may struggle to communicate with the locals without learning a few words of Spanish.

The expat community in Nicaragua is small but steadily growing. Most U.S. expats locate themselves in the bigger cities of Granada, León, or the country’s capital Managua. Nicaraguan people have a reputation for being friendly and will do their best to make you feel welcome in their country.

Cost Of Living In Nicaragua

The cost of living in Nicaragua as a whole is incredibly cheap compared to the States. That said, touristy areas or popular expat destinations are going to be a little bit pricier. If you want to live cheap, just be aware that facilities such as electricity and internet connection may not be so reliable in less expensive areas. 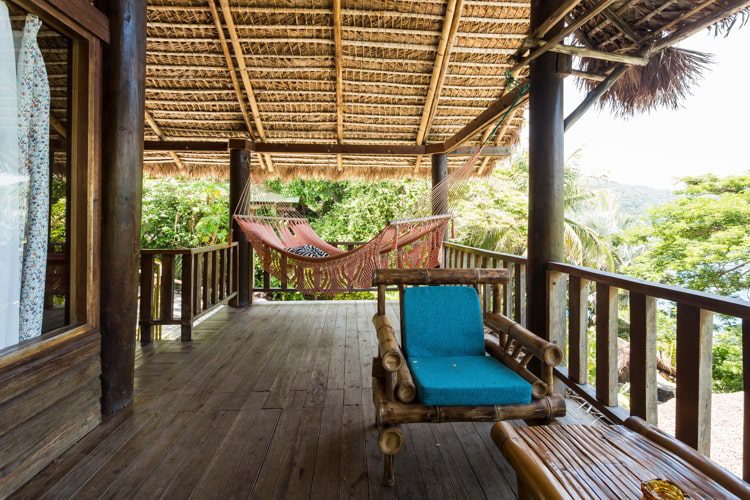 Real estate in Nicaragua is a bargain at present, you can purchase a cozy, beautifully finished condo for less than US$50,000. Nicaraguan real estate is a brilliant investment, as once this luscious tropical paradise is discovered by the masses, you can be sure that you will make a decent profit if you decide to sell your property.

Becoming a Nicaraguan resident is straightforward, and once residency is achieved, retirees can benefit from enticing tax breaks. Residents don’t have to pay tax on any income earned outside of the country, you can import a vehicle and US$20,000 worth of household goods duty-free from your home country.

The government of Nicaragua offers its citizens universal health care, although expats may find the public system to be sub-standard compared to health care back home. There are public hospitals and clinics all over the country, with the most well-equipped to be found in the bigger cities.

The demand for private health care facilities has grown in recent years, with more expats, tourists, and locals wanting supplementary care on top of the basic public system. The private health care in Nicaragua is excellent and comes much cheaper than similar high-quality care in the States. Doctors working in these private clinics have usually have completed their studies in the United States, Mexico, or Cuba and so speak fluent English.

The most efficient way to get to Nicaragua from the States is by plane. Non-stop flights leave from Miami six times a day, taking only two and a half hours to reach Augusto Cesar Sandino International Airport in Managua. If you are flying from a different corner of the United States, you will need to get a connecting flight.

These days, there are countless companies ready to help to transport your stuff from wherever you are coming from, right to the front door of your new home. Prepare to be waiting a while as your belongings go through customs, as it’s not uncommon for there to be a delay when taking your belongings through to the other side.

Best Places To Live In Nicaragua 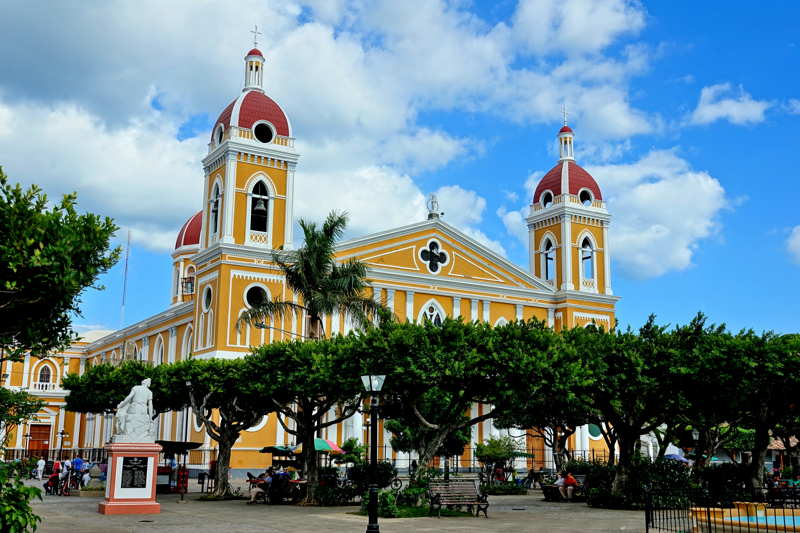 Granada, founded in 1524, is the oldest colonial city in Central and South America. This romantic city is an architectural masterpiece, showing off the beautiful Spanish architectural styles of the time. Nestled between Lake Nicaragua—the world’s 20th largest lake, and the Mombacho Volcano Nature reserve, Granada is an ideal base to explore the best of Nicaragua’s nature.

Granada has a small, tightly-knit expat community, which is steadily growing as newcomers discover this retirement paradise. With cheap real estate, beautiful weather, excellent health care services, and a backdrop of traditional colonial architecture, life is good in Granada. 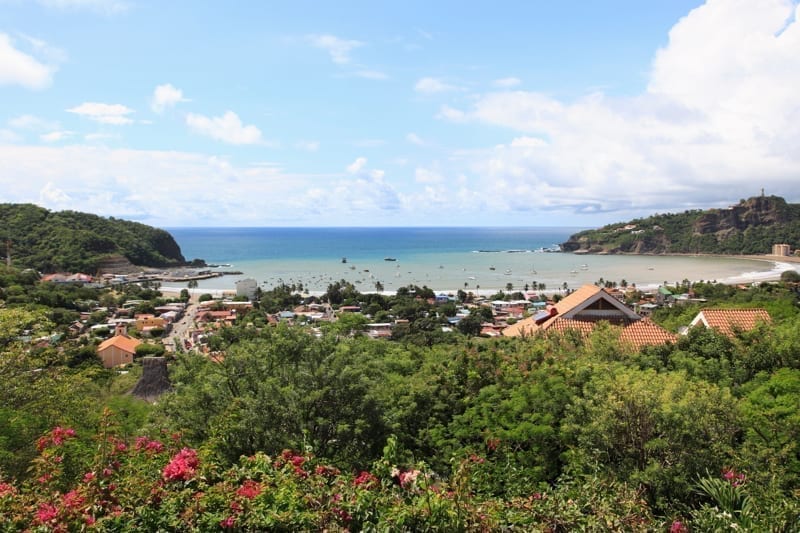 San Juan Del Sur is a picturesque little beach town that a vibrant community of expats have decided to call home. San Juan Del Sur is popular with surfers due to its reliable swells along its 22 beaches, with waves suitable for beginners and experts alike. This has created a relaxed, boho atmosphere along this little stretch of tropical coastline.

The influx of expats to this area of Nicaragua has helped to improve the region’s economy and so infrastructure, medical services, and other amenities are to a high standard. San Juan Del Sur is a little slice of paradise along Nicaragua’s Pacific coast.

8 Of The World’s Best Coffee Tours