Crime Overseas: 7 Countries That Have Little To No Crime

How To Avoid Crime Oversea

Keep in mind that a completely crime-free country does not exist. Pick a country you’d like to visit or relocate to, figure out which areas have higher crime rates, and avoid those areas.

Before you purchase a home anywhere, research the crime rates. Speak with a number of real estate agents to get insight on areas more suitable to your needs and with little to no crime.

Are there other expats in the area? Is the neighborhood you’re considering next to a ghetto?

If you have a vehicle, don’t leave valuables on display after parking. If you’re leaving your vehicle overnight make sure you park it in a well-lit area, ideally near a busy road. Also, if you don’t have a secure parking, look to buy a steering wheel lock or some other kind of immobilizer.

Some expats move to locations where they are the only non-natives. Try to integrate with the local community as soon as possible, and avoid being stereotyped as a wealthy outsider.

Avoid walking alone late at night. When you are out and about during the day, try not to draw attention to yourself.

The low crime rate is just one of the reasons Portugal is getting a lot of attention from investors and expats. After a big economic crash in 2010, property prices and the economy are recovering. This westernmost country in Europe has something for everyone: a warm climate, historic cities, beautiful countryside, and some of the world’s best beaches.

It has one of the lowest crime rates in the world. Portugal ranks number 4 in the 2021 Global Peace Index. As a result it’s very popular with expats looking to avoid crime overseas.

The majority of crime Portugal experiences is through pickpockets and muggings. Take care in crowded areas and when using public transport, especially on trams, and you’ll be fine.

Muggings usually don’t occur outside certain areas in big cities. Find out in advance where you should avoid and minimize your exposure to any potential danger.

When it comes to more serious crimes, Portugal is generally safe with almost no gang-related activity to report. Portugal has a low risk of terrorism as well.

In conclusion, Portugal is one of the safest countries in the world.

With 300 sunny days a year and a generous tax initiative, Malta is one of Europe’s most popular expat destinations. The island is frequented by tourists who come for the historic sights and beautiful clear waters.

English is one of the official languages here, good news if you aren’t particularly interested in learning another language.

Malta is one of the safest places you can visit. Violent crime rates are low, and petty crimes such as pickpocketing are rare.

Like anywhere else in the world, though, Malta does have some crime.

Bars and restaurants are statistically the places where you’re most likely to suffer a petty crime. Make sure to keep your belongings close to you at all times.

Rented cars are easily recognizable here because the number plates have the letter K on them. Take care not to leave any valuables on display as your vehicle may become a target.

Malta has never suffered from a terrorist attack. Although the island is fairly close to North Africa and the Middle East, Malta is not likely to become a target.

New Zealanders have the reputation of being some of the most peaceful people in the world. You won’t find many safer countries in the world than this one.

It’s a society built on respect. Pubs will ID nearly everyone, and drunkenness is simply not tolerated. Like the hobbits from The Lord of the Rings which was filmed here, the majority of people want a quiet life with no misadventures.

New Zealand is not considered a location where terrorism is likely to occur, and it generally keeps a low profile in any overseas conflicts.

Violent crime is low. New Zealand has few burglaries and little chance of kidnappings. Muggings do occasionally happen in certain parts of big cities, but those “danger areas” are easily avoided.

A small chance of being pickpocketed exists if you are in Auckland, for example, where most of the tourists are likely to be. Basic vigilance and precautions should be enough to ensure your safety though.

Luxembourg is a sleepy country set up in the mountains bordering Belgium, France, and Germany. Sheer drops and cliffs are a feature of the city center and outskirts. The capital city is laid-back, and the pace of life is slow. The country has a reputation as being a somewhat overcast place but this makes for an abundance of greenery.

This small European country may be the safest country in the world. When you hear people talk about crime overseas, they are not talking about Luxembourg. Violent crime is low and terrorism isn’t considered an imminent threat. It’s hard to see this situation change in the foreseeable future.

The main threat you are likely to encounter in Luxembourg is from purse-snatchers and pickpockets. The usual hot spots such as public transport, bars, and crowded streets are the areas where you should be vigilant.

Stay away from the parks at night. This is where a lot of drug deals in Luxembourg take place. While drug dealers like to keep a low profile and deals seldom turn violent, opportunists might look to relieve you of your valuables.

Slovenia is a clean country with expanses of untouched mountainous countryside. For a long time it has flown under the radar but it’s recently begun to gain international attention partly due to cheap international flights but mostly it’s down to the beautiful countryside. This is another of the world’s safest countries with a spectacular landscape.

Violet crime is low and has been falling in recent years. As with many of the countries on this list, the biggest danger comes from petty crime. Pickpockets and bag-snatchers are a danger in the tourist areas. They’re still fairly rare, and by exercising caution, you’re likely to be fine.

Slovenia is a country where you’ll want to spend most of your time outside. There are miles of sand and rock beaches where you can swim in the Adriatic Sea during the summer. During the winter, skiing and hiking in the mountains is popular.

Considered one of the safest countries in the world, Iceland scores highly for quality of life and gender equality. Despite this progressive outlook, a lack of jobs for expats means Iceland remains off the beaten path.

Iceland is known as the country of fire and ice. Volcanoes and hot springs exist alongside freezing winters, glaciers, and snow-covered mountains. If you are a fan of snow and wild landscapes then Iceland could be the country for you.

Crime is exceptionally rare here. Reykjavík, Iceland’s capital city, is a perfect example: Not only are violent crimes almost nonexistent, there are almost no pickpockets either. The chances of a terrorist attack in Iceland are remote and not considered a concern in daily life.

As with Luxembourg, parks are best avoided at night (as drunks congregate there). While these people are usually looking for solitude, it’s still best to leave them alone. 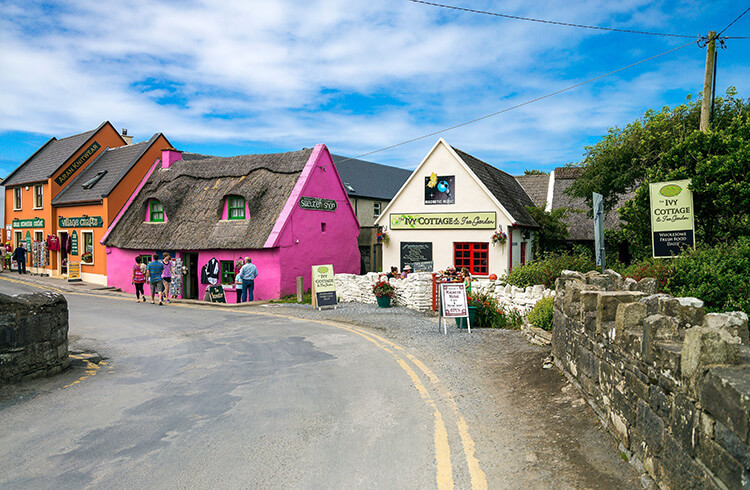 Ireland is another European representative in the list of world’s safest countries. Violent crimes are low and kidnappings are almost unheard of. In Dublin you may be at risk from pickpockets but no more so than in any other European capital city.

Ireland is a country that cares for its work force. Legislation ensures workers are looked after while the public health care system is well-funded and modern.

In past decades Ireland suffered from domestic terrorism, but those days have passed and Ireland isn’t traditionally targeted by terrorists. Given Ireland’s peaceful foreign policy it’s hard to image how this could change. Guns are illegal unless you own a farm, and even then, only certain guns are permitted.

Rural Ireland is safe, and if you choose to live in the countryside you’re unlikely to encounter any crime. Home break-ins are rare. Countryside locations take opportunist crimes out of the equation, and if you leave a window open by mistake, it’s unlikely that anyone will notice.