Living Overseas, I’ve Cut My Need For Prescription Meds In Half

Over the six years I’ve been living in Corozal Town, Belize, I’ve watched as this sleepy coastal village has evolved into a much more vibrant, comfortable, and convenient place to be.

For me, Corozal Town is at the sweet spot on the lifestyle continuum—not so undeveloped as to be exhaustingly frustrating day to day but not so developed as to lose its escape-the-troubles-of-our-age appeal.

Fresh Goods At The Farmers Market 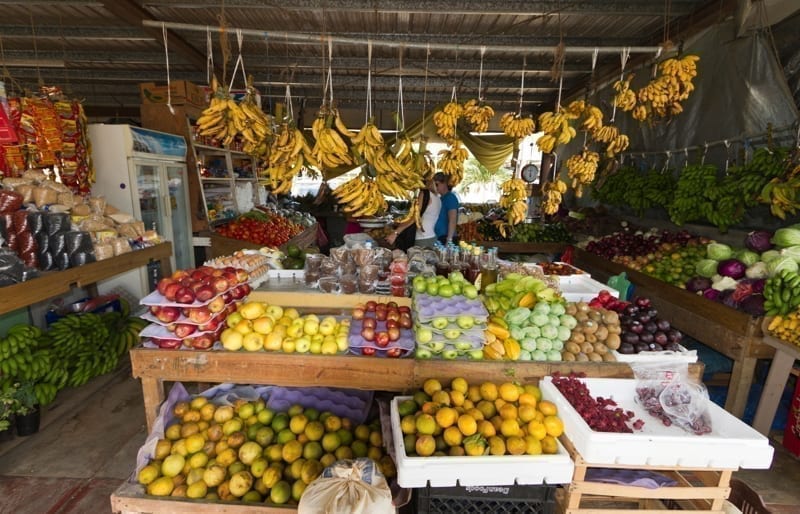 There is a different feel in the air on these market days. A little like Christmas. Food carts offering local, Caribbean, and Mexican specialties are set up all over town, and the smell of barbecue chicken fills the air.

Most everything you’re buying at these markets has just been picked, and it’s all so reasonably priced.

Oranges are six or eight for 1 Belize dollar. That’s 50 U.S. cents. They’re not grown to be pretty like they are in the States, but they make great, sweet juice.

In-season grapefruit are four for 1 Belize dollar. Bananas are eight for a 1 Belize dollar. Stands that cater more to expats offer strawberries, mushrooms, blueberries, and even Brussels sprouts. Most of this produce is brought in from Mexico, but it’s still super fresh.

If I ever left Corozal, it’s these markets and their fresh fruits and vegetables that I would miss most.

Many more food items imported from the States are available in the grocery stores now than six years ago when I moved here, and recently a new complex, similar to a big-box store, opened up. It includes a large grocery store stocking lots of imported items, including imported wine and liquor, plus a restaurant, a car wash, and a gas station, all in one.

More street venders are popping up. One of my favorites is a lady who makes chicken and pork tacos. They’re not hard shell but rolled corn tortillas with stuffing. She charges 1 Belize dollar for three pork or four chicken. Again, that’s 50 U.S. cents.

I used to be leery of street food, but not anymore. If the locals are eating it, then I’m satisfied it’s OK.

I want to give a special plus to the wonderful lady who owns June’s Kitchen located about a block off the main street on College Road—my top recommendation for breakfast or lunch.

The Northern Highway through Corozal Town has been expanded and repaved. Now it’s two cars wide on each side of the median, and a roundabout has been added at each end of town. Several other streets have been resurfaced. This may not seem like big news, but, for those of us living here, it was.

Many new homes are being built, a few in town but many more outside the town proper. Homes that had been put on hold are now being finished. Our little economy seems to be expanding.

Real estate here trades in U.S. dollars. Right now, a beautiful 3,000-square-foot fully furnished home is on the market for US$169,000.

Rents, on the other hand, are in Belize dollars. A friend was renting while his home was being built. He rented two homes, next to each other, so he could live in one and use the other for storage. His rent for both houses was 450 Belize dollars a month. That’s US$225.

Another friend is house-sitting for a family that has returned to the States. He and his wife have been living in a house situated right on Corozal Bay rent-free for a year. He pays for utilities and makes minor repairs to keep the property up.

These kinds of deals are around. You won’t find them on the internet, though. You find them by being here, making friends, and asking questions.

Before moving to Corozal, my family and I lived in the Colorado Mountains. We appreciated the beauty of the setting but got busy with life, and it wasn’t long before we took the grandness of our situation for granted.

I don’t want to make that mistake again. Every time I pass Corozal Bay on the way into town, I remind myself to be thankful that I am able to live in such a lovely place. I enjoy watching the local kids swim and splash in the bay. Every time we pass, we notice something else to appreciate. We keep a camera in the car so we can take lots of photos of our beautiful bay.

There’s More To Belize Than Escaping The Winter

I chose to make this move for the usual reasons—to reduce my cost of living and to leave winter behind for good.

Now, six years later, I can tell you that the benefits go far beyond those things. I’ve been accepted completely into the local community here and have made many new friends.

Bottom line, my overall quality of life has improved greatly. I’d say that now, six years into my new life in Corozal Town, I’m completely de-stressed. Three cars waiting to make a turn in town is a traffic jam.

Living in Corozal, I’ve cut my prescription meds in half. I’m healthier and happier than I ever remember being in my life.

Born in Germany, John was raised in Michigan, but moved to Belize from Colorado. His mostly mechanical background has seen him in various roles, from machinist and small engine shop owner to a manager and instructor. His air traffic control career was cut short and he retired as a mail carrier. Inventing, writing, and his food blog keep him busy in his golden years. He tells us, “This mind and body have seen and been to many places and done many things, and I’m not done yet!”