by Kathleen Peddicord
in Lifestyle
0 0
0

Lief and I have tromped a lot of beaches.

From Nicaragua to Belize, from Uruguay to Ecuador, from the shores of Curaçao and St. Croix to the coasts of France, Italy, Spain, Turkey, Vietnam, Thailand, Down Under, and on and on, we’ve seen most every type of beach this planet has to offer.

Ten years ago, one in particular caught our attention.

We’d been spending time in Panama for years, but we’d never made it to the western coast of this country’s Azuero Peninsula. We weren’t the only ones. No Panamanian we asked had ever heard of this stretch of the Pacific either.

Look at Panama on a map, and you see a clear path of development along its Pacific coast, starting from just outside the capital city and moving westward.

The Azuero Peninsula sits directly in this path.

The western coast of this Azuero Peninsula has something else going for it. It’s one of the few places in Panama from which you can watch the sun set over the ocean. 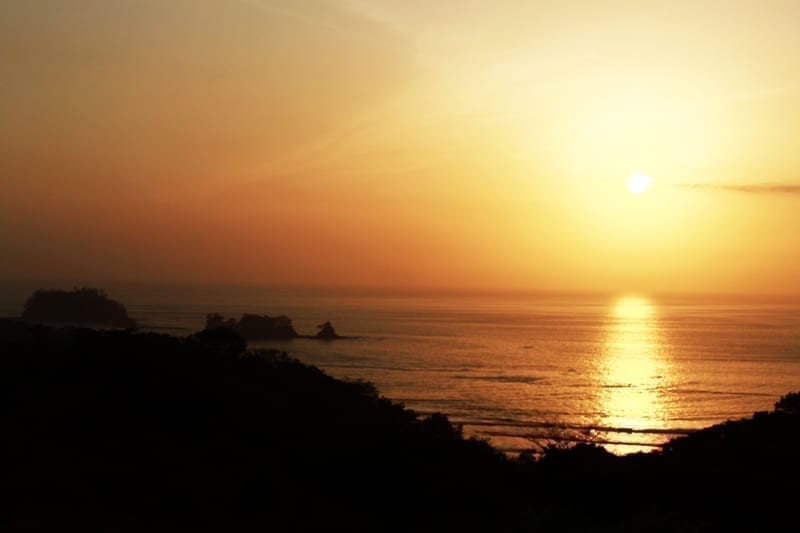 Both those things bode well for long-term appreciation of property values in this part of this country. Lief and I aren’t opposed to making money, and recognizing just how under-valued this western Azuero coastline was a decade ago did play into our decision to stake a claim.

However, the purchase we ultimately made wasn’t to do solely or even primarily with profit potential.

It was driven more by our hearts than our heads.

We spent a year exploring this unsung coastline, from Ponuga to Mariato then south through Torio to Quebro.

It was here, nearly at the bottom of the peninsula, just north of Cerro Hoya National Park, that we discovered what we hadn’t realized we were looking for.

We came to the western Azuero coast in search of investment upside. We found what has evolved into the greatest personal commitment of our lives.

We thought we were becoming developers. That suggests getting in then getting out. I’m not sure how I’d describe our role at Los Islotes today, but we’re not going anywhere. We’ve put down roots. This was never, we’ve finally recognized, about making money.

What Los Islotes Means To Us

Los Islotes is about realizing a vision and creating a legacy for our children, our grandchildren, and all like-minded fellows.

This former cattle ranch known as Los Islotes—named for the three little islands that lie just offshore—is 425 acres along the Pacific Ocean with two separate beaches, one stretching for 9 kilometers to the south, allowing for long, uninterrupted walks on the sand.

The other is in a secluded cove where the waters of the Pacific are calmed and warmed… perfect for swimming.

This piece of land is unique in all Panama and very different from the other, better-known side of this peninsula. The eastern Azuero coast (where you find Las Tablas and Pedasí, for example) is largely flat. The terrain here on the west coast is undulating. The rolling hills and dramatic cliffsides mean ocean views at every turn, including, in spots, 240-degree views of the Pacific.

This Beautiful Region Is Also Notable For Its Wildlife

Los Islotes is home to troops of howler monkeys, as well as giant toucans, iguanas, armadillos, and what the locals call gatos solos(they’re like racoons).

Our beach is a turtle nesting site, and we’re doing our best to support and protect our turtles’ efforts to expand their population.

Offshore are pelicans, whales, and dolphins, and, in the nearby national parks of Cerro Hoya and Coiba National Park, jaguars and ocelots roam free and the scarlet macaw is common.

Beyond it all, each evening, is the sunset over the sea.

This natural paradise also boasts some of the best deep-sea fishing, surfing, snorkeling, and scuba diving in the world. Around Coiba lies one of the largest coral reefs on the Pacific side of the Americas.

The Vision Of Los Islotes

On these acres, Lief and I have worked with top-tier talent from the United States, Costa Rica, Panama, and beyond to master plan a private, gated, residential community that will include a small Spanish colonial-style town with cobblestoned courtyards and shaded plazas, secret gardens and fountains… plus restaurants, shops, townhouses, and apartments.

Up and down the hillsides behind the ocean and alongside the town we’re building custom houses positioned to take advantage of the ocean views and to showcase the best of classic Mediterranean design. From above, the community will be a sea of red clay-tiled roofs, up close a testament to the skill of our craftsmen.

Attention to detail is paramount, and our architectural accomplishments feature gates of thick wood carved by hand, railings iron and ornate, windows with deep sills and shutters, and oversized wooden doors adorned with heavy iron hardware.

Inside, high ceilings and elaborate moldings plus things like pocket doors and caned archways, polished stone countertops and colorful hand-painted tiles laid out in traditional patterns… outside, white-stone terraces surrounding infinity pools running over, it appears, into that beautiful ocean that’s always just beyond.

Some areas of the property will be given over to individual homes, others to low-rise condos and townhomes.

The Best Amenities Of The 21st Century

Planned community amenities include a gatehouse, a beach club, a swimming pool, an equestrian center, tennis courts that will double as basketball courts, a fitness center, parks, hiking trails, riding trails… and an area for pétanque (a personal favorite pastime).

The plan also calls for underground utilities, central wastewater treatment, high-speed internet, and all other amenities of top-tier 21st-century living.

Los Islotes will be the preeminent private residential community not only on this coast but in all Panama. These rolling hills and this virgin shore are the best Mother Nature serves up anywhere.

Now we’re doing our best to layer it all with the comforts of our age, creating a private community that will carry on for generations to come.

Centuries ago, early explorers to Panama’s shores brought with them their Spanish culture and heritage. Panama today is a melting pot of people from all over the world, a land of promise and opportunity where the past is respected and the future bright.

Los Islotes is your chance to take a position in Panama’s path of coastal progress while also joining a unique community that recognizes how special and valuable this spot really is.

Not only because of its position on this pristine coast but also because of the bigger-picture context.

Los Islotes is in Panama, one of the safest havens imaginable in today’s world. This is a peaceful, stable, welcoming country that is prospering and growing, tumult and uncertainty in the rest of the world notwithstanding.

Not a bad place to be right now.