Facts and Figures from Chile...

There is no country on Earth with more to offer than Chile. It has become a popular expat destination in recent years due to the abundance of lifestyles it provides. Opt for a mountain retreat in the Andes, beachside living along the Pacific coast, metropolitan hustle and bustle in the country’s capital Santiago, tropical paradise in the rainforest, or a peaceful retirement in jaw-droppingly beautiful Patagonia. Chile remains the country in Latin America with the highest standard of living, one of the strongest economies, and one of the most stable governments.

Sandwiched between the Pacific Ocean and the Andes Mountains, Chile is a long, narrow country stretching 2,650 miles from north to south and bursting with geographic diversity. In the north you’ll find the Atacama Desert, the driest desert in the world. Moving south, Chile’s terrain begins to resemble the Californian countryside, lined with vineyards and farms. Below is the lake region, then majestic Patagonia and, ultimately, Antarctica. While on this journey from north to south you’ll discover endless coastal towns, cities, and the capital, Santiago, which is located in the center of the country.

Prior to the arrival of the Spanish in the 16th century, Chile was inhabited by the Inca in the north and the Mapuche in the center and the south. Chile declared its independence from the Spanish in 1810, however, the Spanish were not fully defeated until 1818.

Chile is now a democratic republic, but it hasn’t been an easy journey. After a series of elected governments since its founding, Chile experienced a horrific military dictatorship under Augusto Pinochet which lasted 17 years. Although Pinochet’s dictatorship was dark and violent, one of the positive things he established was the country’s free-market economy that has allowed Chile to develop into the economic leader of Latin America it is today.

Starting in 2019, a series of protests across the country against the increased cost of living, privatization, and economic inequality has led to a revamp of the country’s constitution, which should be complete by 2023. Chile is experiencing an incredible economic and cultural transformation, making right now an especially exciting time to consider living here.

With its modern infrastructure, reliable communications, and high standard of living, Chile is one of the easiest transitions for North American expats. It has one of the highest GDPs in Latin America. In addition, Chile feels efficient, well-run, and safe. Utilities work, buses leave on time, and you can stroll the streets without danger.

In Chile, you can pick and choose what climate you would like to live in. Since Chile spans over 38 degrees of latitude, it comprises a multitude of climates. These include tropical rainforest, mediterranean, oceanic, desert and glacier, with most of the country experiencing four seasons. 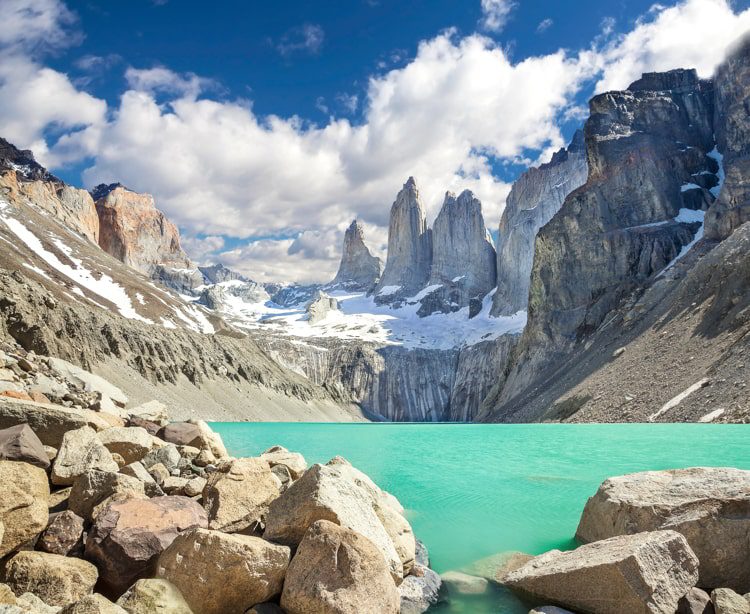 Many people who have visited other Latin American countries arrive and feel that Chileans are less friendly, less trusting, and shy compared to more vivacious and boisterous Colombians and Brazilians. At first, this may make it difficult to integrate into a group of Chileans, but once you do, they are incredibly loving and loyal. Living under a dictatorship for so many years creates fear and insecurity, which may contribute to their shyness, avoidance of confrontation, and tight-knit circles.

Spanish is the official language of Chile. While Chileans will tell you that they do not speak English, the majority actually understand the language because it is taught in schools and American movies and TV shows are very accessible. Though you’ll get by speaking English, it is always better to learn a bit of the local language, especially if you are planning on relocating to a more rural part of the country.

The expat community in Chile is expansive—you can find people from every country here. Retirees tend to reside outside of the cities, either along the coast or in the south where the prices are cheaper and the pace of living is slower. Chile provides a high standard of living at a reasonable cost and is bursting with opportunities. The country is gorgeous, offering four seasons and diverse geography with plenty of activities.

Cost Of Living In Chile

Once again, Chile differs greatly in its cost of living from one end of the country to the other. As a whole, most foreigners from the States or Europe will say that the lifestyle on offer here, while more expensive than its neighbors, is less costly than other leading expat destinations worldwide. The country’s capital, Santiago, and other big cities such as Valparaíso and Iquique are the most expensive destinations to call home. 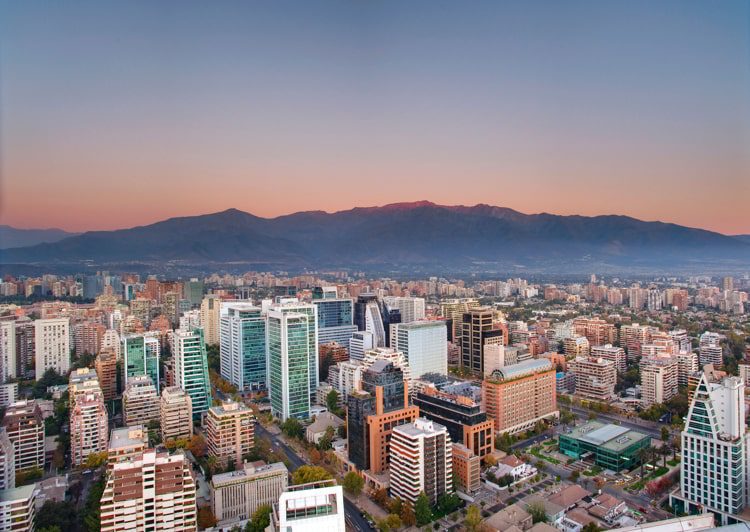 Many basic goods, such as groceries and some household expenses, cost about the same in the U.S. and in Chile. One way to cut down on these costs is by shopping at local farmer’s markets, which are much cheaper than the supermarket chains. Chile grows a tremendous amount of produce including delicious stone fruits, berries, apples, and the most flavorful avocados, which you’ll find at low prices in these markets. Chile also has incredible wine. For as little as US$5 you can get a decent bottle, and for US$8 to US$20, you can get an award-winning one. At the end of the day, Chile offers a near first-world lifestyle for less overall than you’d pay in North America or Europe.

Chile is known for having high quality health care, with both private and public options available. Public health insurance is administered by the Chilean government and is available through the Fondo Nacional de Salud (FONASA). It’s limited to Chilean citizens and legal residents paying local taxes in Chile.

Your adventure in Chile will likely begin at Comodoro Arturo Merino Benítez Airport, located about 25 minutes outside of the heart of Chile’s capital, Santiago. From here you can fly to most of the 125 domestic airports scattered across the country.

Once you land at your final destination, taxi is the best option to get to your new home. They’re cheap and readily available outside any airport in Chile. Just be wary of the taxi drivers: If you don’t pay a set price at a kiosk before leaving the airport, they’rere likely to take you for a ride.

Best Places To Live In Chile 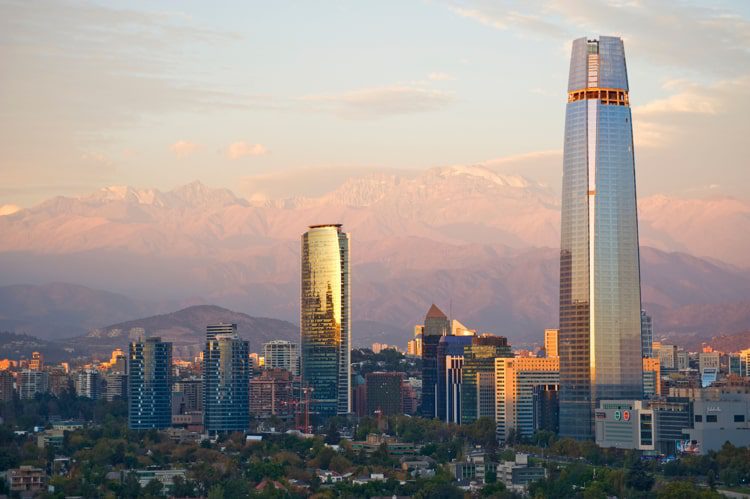 Santiago is a hotspot for retired expats. The stunning mountain views, clean tree-lined streets, well-maintained parks, efficient public transit, reliable internet, and quick beach and mountain access are only a few of the reasons why hundreds of expats have already relocated to Santiago.

The neighborhoods of Santiago have their own distinct feel and personality, leaving endless opportunities to explore. Foreigners can be found living in all parts of the city, but the majority tend to concentrate in the neighborhoods that are the safest and have the highest standard of living, including Providencia, Las Condes, and Vitacura. These areas provide apartment living, gated communities, and even single-family homes with yards. 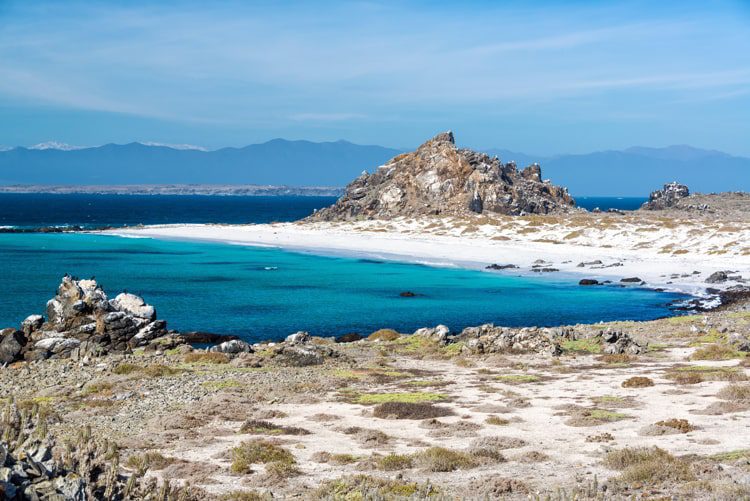 A sleepy seaside city a generation ago, today La Serena, northern Chile’s “serene one,” is one of the country’s most popular beach resorts. Unknown to North Americans, it’s the holiday destination of choice for many Chileans and Argentines.

La Serena has a temperate rather than tropical climate. Summers are sunny and cool, with temperatures in the high 60s and 70s. Winters are rainy and cooler. There’s almost always a light wind off the sea, making temperatures seem slightly cooler .

Cost of Living in Chile

Start a Business in Chile

Your motivations for an overseas move are likely as individual as you are but one universal...

Mexico is still North America... and it can be helpful to remind ourselves of this fact when we think about the big picture of Latin America. What this means in practice is that this country is as close as you can get to being "overseas" while remaining very near the United States and Canada. You can even drive from California, Arizona, New Mexico, and Texas to several of our favorite spots in Mexico. This is a big plus for retirees...