The 9 Places Expats Should Consider When Retiring In Mexico

And 2 million of them—nearly 20%—live in Mexico.

The Best Part Of Moving To Mexico

But what will really blow your mind is just how easy it can be to move here. I should know…

In fact, I could have qualified without having a pension or proving income… Mexico is one of the only countries in the world where you can qualify for residency by showing only a bank balance or IRA.

My Move To Mexico

That was it… my international relocation. As you might know, relocating overseas is usually not this simple.

Believe me, I’ve done it the hard way plenty of times…

What Mexico Has To Offer

Current exchange rates have turned Mexico into an unbelievable bargain. You can live in some of Mexico’s premium locations for as little as US$1,150 per month.

The trouble (you could say) is that Mexico is a big place.

This country offers thousands of miles of coastline, on both the Atlantic and Pacific sides of the country. You can live in a small, fishing-village environment… or on a remote section of pristine beach… or in a modern, upscale resort.

Mexico is also the king of colonial Spanish America. Originally “New Spain,” in colonial times, Mexico boasts more colonial cities and towns (and architecture) than any country in the Americas.

If you’ve dreamed of a Spanish-colonial home with a center courtyard, you’ll find more options in Mexico than anywhere on the planet.

The first countries I explored for relocation in Latin America were Costa Rica and Ecuador, starting in 1998. In both cases, I was able to cover the entire country in a couple of weeks… at least the parts that expats would be interested in.

You can’t do that in Mexico.

Mexico is 7 times the size of Ecuador and 38 times larger than Costa Rica… with almost 5,800 miles of coastline… 12 major mountain ranges with peaks as high as 18,500 feet (5,600 meters)… and hundreds of authentic Spanish-colonial cities.

Where, specifically, in Mexico might be the spot for you to think about living, retiring, or investing South of the Border?

Playa del Carmen (Playa), just 57 minutes south of Cancún, has taken over this coast’s chic place to be (and the place to be seen). You’ll find vacationing Europeans and North Americans, as well as a sizeable number of expats in residence.

Just off the town square is the renowned Quinta Avenida (5th Avenue) running parallel to the shore, and offering more than 20 blocks of fine restaurants and shops. It’s almost as big a draw as the beautiful beaches.

Playa is a top option for the income investor. Rental yields are as high as 10%… combined with a 12% annual property appreciation. Playa del Carmen may already be “discovered”… but the investor should be paying attention right now.

The Riviera Maya is the section of Caribbean coast on the eastern side of the Yucatán Peninsula between Playa del Carmen and Tulum. It’s about 125 miles long.

Development in this area is moving slowly but surely southward from Cancún and Playa, as developers and pioneers seek unspoiled beaches and towns that remain convenient to Cancún’s international airport.

For example, just a few years ago, the town of Tulum consisted of a handful of cabins and a few fishing shacks. Today, the census counts over 18,000 people in Tulum, and it’s full of opportunity.

Another draw to this area is the presence of the best-preserved Mayan archaeological sites… plus a few world-class golf courses to round out the local attractions.

This section of coastline holds some of the best path of progress buys you’ll find today, as expats and investors buy in the path of mainstream developers’ southward progress.

High prices and existing development are found at the northern end of the Riviera Maya… while low prices, low development, and high opportunity lie to the south.

So you can choose between an established market with its chic lifestyle and good returns at Playa del Carmen near the north end… or invest for capital gains in a less-developed environment by buying in the path of progress as you move south.

Puerto Peñasco is the seaside resort that’s most convenient to the United States by car… just over one hour from the border. Also known as Rocky Point, it has been a playground for the western United States and Canada for almost 100 years.

Homeowners in Puerto Peñasco can drive over the border and head right for their seaside home without even stopping to register the car.

And the beaches? They’re second to none.

Best of all, I found that two-bedroom condos on this beach start at just US$99,000. Perfect for a vacation home or a weekend getaway.

Mazatlán has rebounded from the 1970s and 1980s, when it was mostly forgotten as a resort. Today, it’s a sought-after expat haven.

Today, its 10 miles of beaches and boardwalks are once again as busy as when John Wayne and Gary Cooper were in town. And these past two years, Canadians have returned to the market with a vengeance, along with a handful of Americans.

Even better, the historic center has been newly renovated. Now it’s a fine example of Spanish colonial America, with plenty of world-class restaurants, sidewalk cafés, and a beachfront promenade. Each time I return I’m amazed at the restoration progress.

In fact, I recently bought a condo in Mazatlán’s historic center that’s also right on the beach… allowing me to enjoy both worlds.

Puerto Vallarta has been one of Mexico’s most-popular resorts since the 1960s, although its rich colonial history goes back hundreds of years.

Unlike many resort areas, PV has a number of coastal sections with beaches interspersed among them… meaning different areas have their own unique character. For LGBT expats and travelers, PV is the most gay-friendly destination we’ve found in Latin America.

Puerto Vallarta excels when it comes to ocean views. Here, you’ll find lots of properties perched on lush, green hillsides, and long views looking out to the ocean.

Over on the Baja Peninsula, the first destinations that probably come to mind are Ensenada and Los Cabos, both very popular areas.

But how about the small seaside town of Loreto? At first glance, it seems like a half-forgotten fishing village that’s on its way to becoming a resort and second-home destination.

But Loreto has two interesting twists. One is that it’s being promoted by FONATUR, the government agency that created Cancún.

And, perhaps more importantly, Carlos Slim—one of the world’s richest individuals—has purchased the struggling Loreto Bay Golf Resort and Spa, as well as its unsold lots and the undeveloped land.

With both FONATUR and Carlos Slim behind Loreto, it may just be a hidden investment gem.

Not everyone is a beach person. In fact, I believe that most full-time expats prefer the ambiance and brilliant weather of Mexico’s colonial heartland. Mexico truly shines for its wealth of Spanish-colonial cities and their impressive colonial architecture and ambience.

Ajijic (pronounced ah-hee-HEEK) is a remarkably picturesque and friendly colonial town. Located at 5,000 feet above sea level (1,500 meters) the weather is just about perfect all year. Ajijic is a 500-year-old village, located on the shores of Lake Chapala, Mexico’s largest lake.

The narrow cobblestone streets are lined with colorful houses, along with more boutiques, galleries, and restaurants than you’d expect in a town this size.

Guanajuato is another colonial gem, but it’s a gem that’s less polished and more natural than Mexico’s famous expat haunts. I’ve heard it is called the “most romantic city in Mexico.”

Instead of Ajijic’s thousands of expats, for example, Guanajuato’s number is in the hundreds. It’s still a large town with everything you need—with beautiful architecture—but it’s more of a “Mexican” town, with less expat influence.

Álamos is a small town of less than 25,000 people, but the state of restoration and preservation in its historic center is beyond anything I’ve seen, anywhere.

Álamos is also the town where I’ve met the most female expats living on their own. In my experience since 1998, it’s one of the best places for a woman moving abroad on her own.

For a small-town alternative to cities like San Miguel, Guanajuato, and Oaxaca, Álamos is the best I’ve seen. 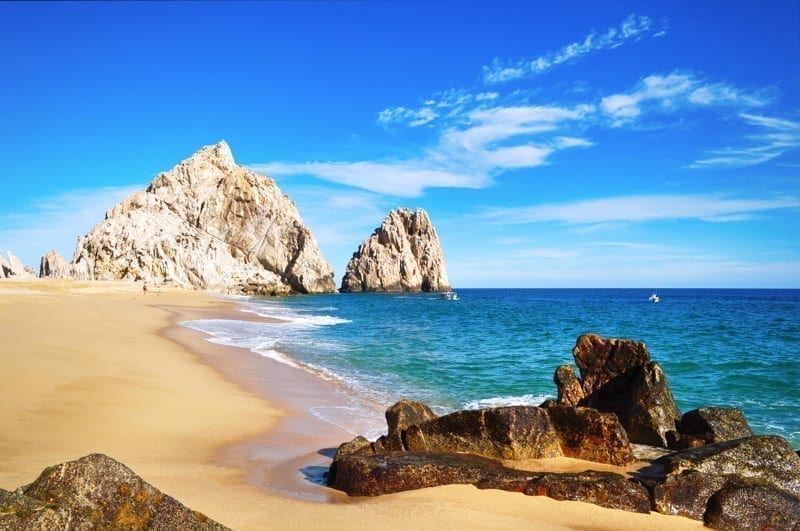 Article Name
The Top 9 Affordable Places Where You Can Retire In Mexico
Description
Where in Mexico might be the best spot for you to live, retire, or invest? Lee Harrison helps you decide in this article.
Author
Lee Harrison
Publisher Name
Live and Invest Overseas
Publisher Logo

Mazatlán: The Best And Easiest Option For Beachfront Lifestyle For Expats

As the world continues to push through our pandemic era, working from home has become a fact of life. What...

The Top 11 Reasons To Live In Europe

Get Our 2022 Global Calendar

Of Events For FREE!

Where In The World Could