Why You Should Live in Mexico Today

Living in Mexico is easy, familiar, diverse and affordable. Mexico is a border country, and you can simply drive to your new overseas home as if you were driving to another state or province in your home country. There are many reasons you might choose to live in Mexico, including familiarity and culture. Mexico is the country that is most familiar to us, unless you’re going someplace like England… and, for many of us, Mexico is more familiar than England.

Proximity Is A Huge Benefit Of Living In Mexico

As the southern neighbor to the U.S., Mexico is one of the easiest countries to travel to for Americans. When you move to Mexico, you need not worry about friends or family being able to visit, as it is a quick and easy trip by car or air. Mexico is home to many international airports, servicing all major Mexican cities, and with arrivals and departures from all over the world. There is an abundance of low-cost flights in and out of Mexico. The real kicker is that you can also drive to Mexico. You have the option to pack up your car, SUV, or camper and set out to your new home without worrying about airfare or shipping. When traveling from the United States or Canada, it’s a pleasure to simply drive over a land border and continue on your way. No worries about overweight bags, luggage limitations, or restrictions on liquids, flammables, and other airline annoyances. Even pets are a breeze.

The Immigration Process Is Simple And Streamlined

It also has a quick turnaround if you want to become a resident. Living in Mexico is easy for both temporary and permanent residents. Like many countries, you can use income to qualify, such as a pension or Social Security. You can also qualify for residency with savings, such as a 401k or IRA balance. Let’s say you don’t want to bother with residency at all, U.S and Canadian citizens can travel in Mexico, visa-free, for up to six months.
There are lots of English-speaking service providers in Mexico, and millions of English-speaking expats already in residence. You can’t use Medicare outside the United States, which is a drawback for many countries. But in Mexico you can simply drive or fly north for Medicare coverage… or remain in Mexico for quality medical care at pennies on the dollar.

Mexico is a “cultural cousin” of the U.S., and in fact they share much in common well beyond the love for Mexican food, full-sized, V8 American SUVs and pickups, or even the Arizona-style cowboy hats and belt buckles. There’s a lot of American influence in Mexico, and a lot of Mexican influence north of the border, which gives Mexico a very familiar feel. Both countries have first-world infrastructure, health care, and amenities, and many of the same culture icons.

More than one million Americans now call Mexico home, easily the biggest expat destination in the world. What’s more, over 1.6 million Canadians visit Mexico each year, with about a half-million actually living there. This influx from the north is the biggest testament to Mexico’s standard of living and convenience. And the number of expats—both Americans and Canadians—doubled between 2000 and 2010… a trend that continues today. Day to day life in Mexico doesn’t have to different substantially from how you live currently, unless of course you want it to. In Mexico, it isn’t hard to find English-speaking lawyers, doctors, dentists, or even restaurant workers. There are plenty of English-speaking professionals, service providers, and residents throughout much of the country. Make no mistake, you’ll do better in Spanish… but if you don’t speak Spanish, you can still get by in plenty of areas.

Where To Live In Mexico

No doubt you have heard a lot about Mexico over the past decade, whether it’s Cancun’s beautiful beaches, Mazatlán’s history, or the Mayan ruins, there is really something special about Mexico.  Retirees and families looking for a new adventure can’t go wrong with Mexico. You have diverse choices for the lifestyle you want to live. You can live in a well-established expat community, an authentic Mexican neighborhood, an indigenous village, or totally off on your own. 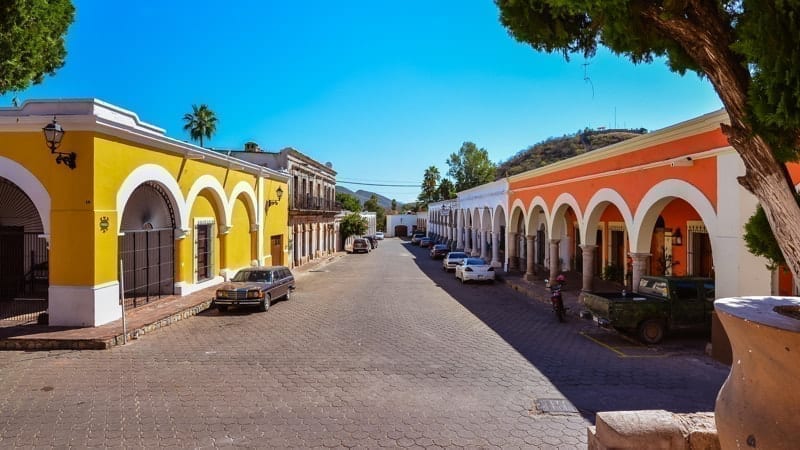 Álamos is a small town of less than 25,000 people, but the state of restoration and preservation in its historic center is beyond anything you are likely to find anywhere. You can live in Alamos and enjoy the feeling of a small, close-knit community. 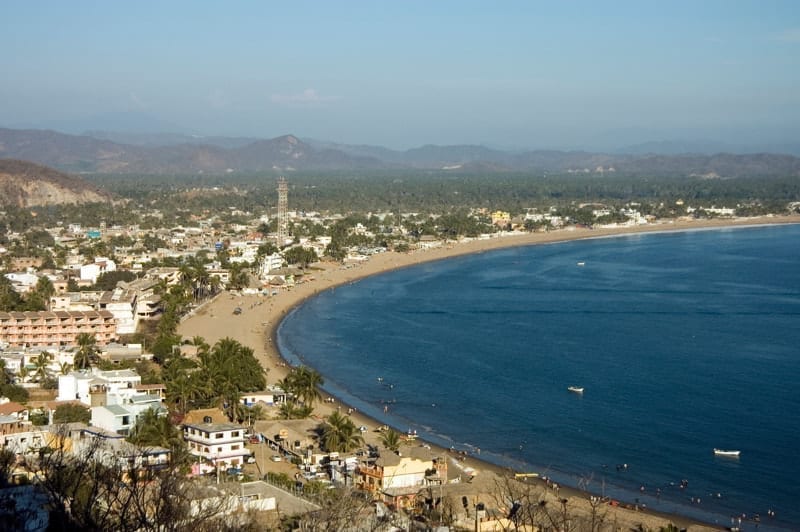 Located along Mexico’s Pacific Costa Alegre is the beautiful bay city of Bahia de Navidad. This chic, upscale town offers a great living option for retirees. With daily flights to many major southern U.S. cities you are able to get back home with relative ease. 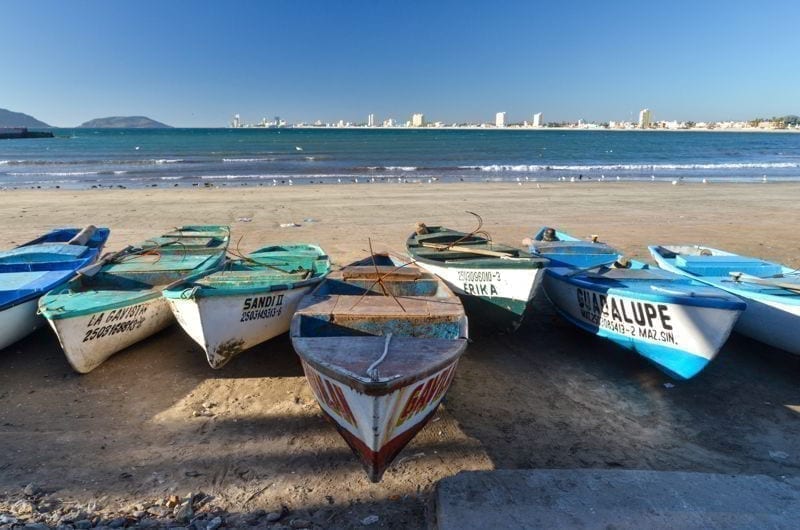 Mazatlán is a city of almost a half-million people. When you move here, you can choose to be part of the American/Canadian community, speak mostly English, and ease your way into Mazatlán aided by people who have come before you. Only a short distance away, you can also live in one of several Mexican environments, speak mostly Spanish, and immerse yourself in Mexico’s rich culture. Mazatlan has nearly 20 miles of beautiful beach coastline. 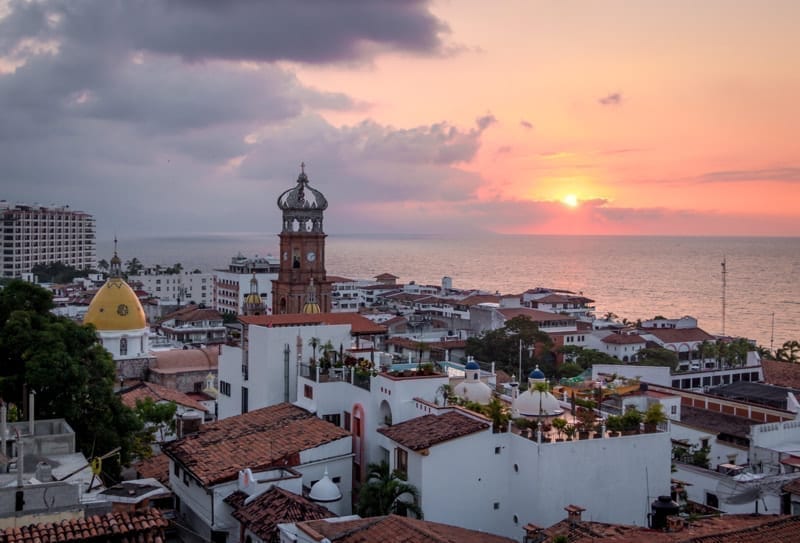 Puerto Vallarta is a top-notch retirement destination, complete with all the amenities you could ever want. There are fine dining options, community activities, English speaking locals and expats, and an unforgettable view of the Pacific Ocean. 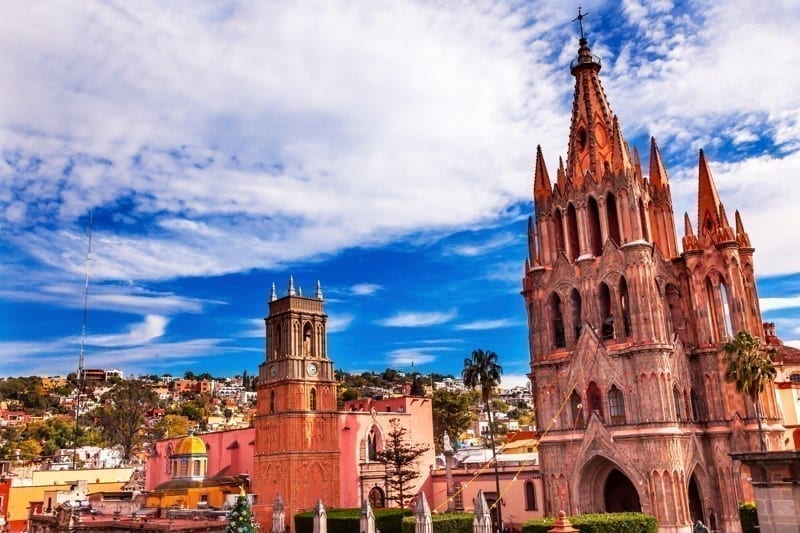 Among Mexico’s colonial cities, San Miguel de Allende is often considered the best and the finest… as evidenced by the thousands of expats who now call it home. Its magnificent historic center is mostly level—great for walking—and full of delights for visitors and residents. The quantity of first-class restaurants and fine shopping venues per block is probably unmatched anywhere else in Mexico.

Located in Mexico’s Riviera Maya is the town of Tulum. With a population shy of 20,000 people, this is a quaint but up in coming location. If you want to live in Mexico for the beaches, reefs, and golf courses then the Riviera Maya is for you. Tulum is south of Cancun and Playa del Carmen and in the path of progress for development along the coast.

If you are looking to live in Mexico, we recommend trying on one of these top destinations for size.

"For me, Playa del Carmen is one of the greatest cities of all time..." That's what I told one developer...

I have long held the belief that: A picture's worth a thousand words... if there is one to see. If...

Most people think that purchasing real estate overseas is about having a second home to go to when you want to travel abroad, or that it’s something to consider when you’re nearing retirement. The truth is, it’s much more than just having a place to vacation or having a second home away from home. There are many perks to buying property overseas. For example, purchase your future retirement home and rent it out while it isn’t in use to generate...