Simply sign up to receive the FREE daily e-letter, Overseas Opportunity Letter plus our In Focus: Europe newsletter, and we’ll immediately email you our editors’ latest report including “Live And Invest In Portugal: World’s Number #1 Retirement Haven”… absolutely FREE!

Live And Invest Overseas And Its Editors Have Been Featured In:

What Makes Portugal So Special?

Portugal, and specifically the Algarve region, offers every convenience you could need or want, including:

An established and expanding expat community…

Nearly 600 miles of coastline and beaches…

Fantastic weather year-round… with more than 300 sunny days per year, you won’t need to worry about heating or air-conditioning…

A lifestyle that merely feels expensive… you could live more than comfortably on as little as US$1,500 a month…

Home to more than 100,000 resident expat retirees, Portugal is a land of superlatives… this little nation boasts arguably the best beaches in Europe, along with the best weather, the best golf, and, thanks to decades as an expat hotspot, the most welcoming locals in Europe. .

Furthermore, the classic Mediterranean diet you’ll find here counts as one of the healthiest in the world, helping prevent heart disease, Alzheimer’s, and more

This isn’t one of the world’s cheapest places to live. But it is a bargain compared with elsewhere in Europe and one of the best places in the world today to enjoy a safe and enjoyable retirement on the ocean, free from any developing world stress…

Get Your Free Reports Now!

This report is a must-have for every (would-be) Portugal expat and provides an honest, complete, and current introduction to Portugal, a place that offers tremendous advantages, appeals, and benefits for the would-be retiree abroad.

In these pages you’ll find a comprehensive and full-color look at the Portugal, including:

Whether you’re looking to live or retire overseas, or want to enjoy a second home in the sun, Portugal is the #1 choice.

This just-published special report, Live And Invest In Portugal: World’s Number #1 Retirement Haven, arms you with everything you need to know to live, retire, and invest with success in this country.

See for yourself, subscribe to Overseas Opportunity Letter (free) plus our In Focus: Europe newsletter, and you’ll gain access immediately…

Here’s What Live And Invest Overseas Readers Have To Say: 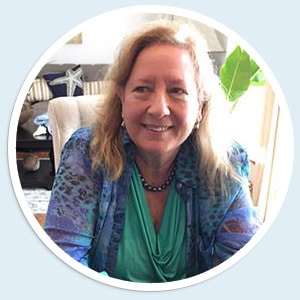 “I needed to see more of the world before making a decision. And, with encouragement from Live and Invest Overseas, I traveled to the countries they recommended for me—including places I’d never considered for living or investing. 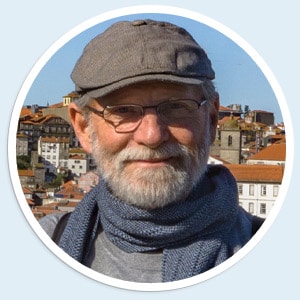 “When Portugal popped up on Live and Invest Overseas’ list as the best place to live in the Old World, we really became interested. We learned that Portugal had it all. The people here are marvelous… friendly, welcoming, and helpful beyond expectation.

Are we happy with our move? No question. We’re here to stay…”

Welcome To Live And Invest Overseas!

Overseas Opportunity Letter comes from Kathleen Peddicord, who has covered the live, retire, and do business overseas beat for more than 30 years and is considered the world’s foremost authority on these subjects. She has traveled to more than 75 countries, invested in real estate in 21, established businesses in 7, renovated historic properties in 6, and educated her children in 4.

Kathleen has moved children, staff, enterprises, household goods, and pets across three continents, from the East Coast of the United States to Waterford, Ireland… then to Paris, France… next to Panama City, where she has based her Live and Invest Overseas business. Most recently, Kathleen and her husband Lief Simon are dividing their time between Panama and Paris.