A Brief Guide On Hunting And Fishing In Belize

Hunting And Fishing In Belize

Hunting and fishing are more than pastimes or leisure activities to many Belizeans. In fact, hunting or fishing is still relied on as a supplementary source of sustenance to many families and the main source of protein to more than a small portion of the population today.

Blessed with more than 40% of the landmass being virgin national parks, coupled with a small population, there is an abundance of game that can be legally hunted in season in Belize. The game animals of the dense jungle are usually smaller than the forest or plains animals of North America, evolution necessitating that they remain smaller to allow free movement through the denser jungle.

In Belize, deer, peccary, gibnut, armadillo, iguana, and game birds are all popular game that require a license.

There are two types of licenses available:

Hunting licenses are valid for personal consumption only, and meat must not be sold without a valid game meat dealers license (US$1,000 per year).

For all queries and applications contact the Forestry Department at wildlife.fd@ffsd.gov.bz or call +(501)822-1524.

You must present the following when applying for a license at the Forestry Department in each district.

Some Of The Most Popular Animals To Hunt

Hunting season is currently closed for the following animals for these periods:

(Odocoileus Virginianus): a small-sized jungle dwelling deer much prized for its excellent meat.

Larger and more commonly seen and caught than the brocket deer.

These tasty medium-sized new-world pig/boar cousins weigh between 40 to 90 lbs. They make for a more interesting hunt and have a rich, gamey meat.

My personal favorite, these 15- to 25-lb. rodents are lovingly referred to as the “royal rat” after the Queen of England bravely sampled some while in Belize and declared it was “quite nice really.” Nocturnal and noisy, requiring little practice to stalk, their lean meat tastes of pork and, I’ll tell you personally, it’s really good.

Care needs to be taken to remove the several glands of the armadillo, especially those of the males before cooking. Locally cleaned and grilled in its shell, it is very popular for its exotic nature and specific flavor. These slow-moving critters sneed thorough cooking before you eat.

Locally referred to as “Bamboo Chicken,” these large lizards (up to 5 feet long) are a local favorite and are tastiest when young. Due to their small size, hunting with anything more than a small bore weapon will leave you with little to enjoy on the BBQ. Gangs of children often hunt these by hand, and also seek the buried eggs to be eaten raw or boiled in their leathery shells for a rich, tasty snack. 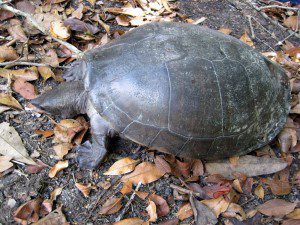 This Central American river turtle is prized locally for its rich meat. Dressed in full armour, the hicatee may attain a weight of nearly 50 lbs.

Closed Season: May 1 to May 31.
Minimum Size: Females must be between 15–17 inches.
Allowable amount per hunt: Three hicatee per person, no more than five per car. 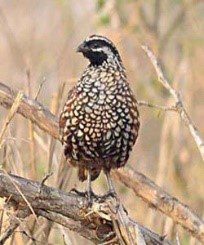 The chachalaca, black-throated bobwhite, blue-winged teal, and lesser scaup all make for good hunting and eating in season.

The fishing enthusiast has a multitude of options in Belize.

Some fishers of the sea want to grapple rod-to-scale with powerful fighting fish, but many times, once the fish is caught, these triumphant game fishers magnanimously release the quarry back into the big blue wild for future breeding and wishful re-catching.

Others fish for their dinner and relish the ancient sense of satisfaction of a belly full of the tasty bounty of their hunt.

We have an abundance of inland fresh-water fishing, shallow-ocean fishing inside the barrier reef, and deep-blue fishing beyond the reef’s coral-covered boundaries.

In marine-protected areas several restrictions on fishing apply: No nets, no long lines, and no traps.

You can get your Belizean fishing license online here.

A great fighting fish (salt and fresh water) grows up to 8 feet but are boney and catch-and-release only. These fish can live in oxygen-poor waters, and are a popular game fish; the largest on record is 235 lbs! 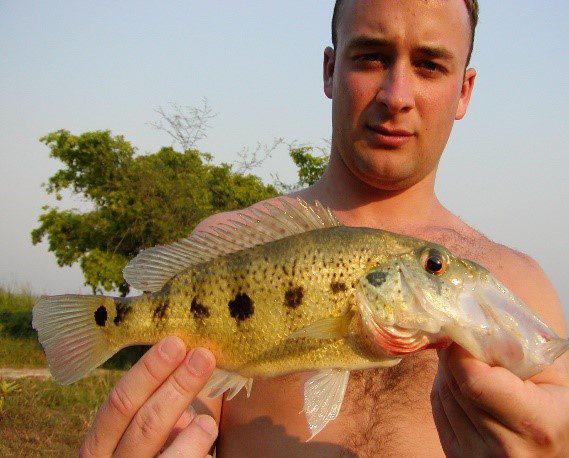 From the cichlidae family, this funny fish can grow up to 12 inches (or more). In Belize, it is eaten and also a game fish.

This is actually a giant fresh-water prawn and is typically caught in small lobster traps or can be snorkeled for. These beauties can grow for years until you have the delight of snagging them.

From the perciformes family, this invasive, non-native fish can grow up to 2 feet long and is commonly farmed in Belize. Since its introduction to Belize waters, adverse ecological impacts have been reported in the wild. 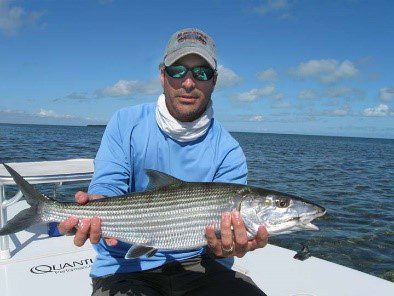 These prized fighting fish are catch-and-release only, but are one of the favorites of sports fishers here. Bone fish live in inshore tropical waters and move onto shallow mudflats to feed with the incoming tide. Adults and juveniles may shoal together, and they may be found singly or in pairs. 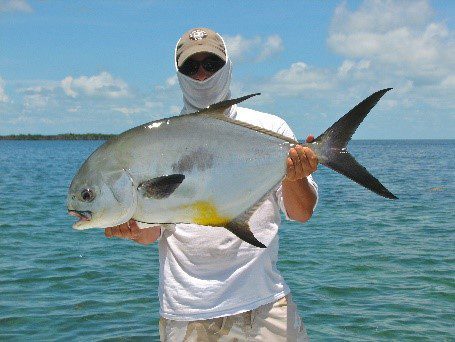 These fish are also catch-and-release in Belize but give a wonderful fishing experience. If approached when alone, they attempt to escape human interaction, but if approached when in a school formation, they become aggressive and can deliver dangerous bites.

Habitat: Permit are usually found in shallow, tropical waters such as mudflats, channels, and muddy bottoms and are usually seen as individuals or in small schools. Although found close to shore and even in some brackish areas, they spawn offshore.

These tasty eaters are favorites of locals and tourists alike. Often caught inside the reef, they are often served with the head attached to prove it is wonderful red snapper that you’re eating.

Our tasty red snapper’s bigger cousin. Not only are these bigger, but they are more fun to catch!

Fun fact: The greatest recorded weight for a specimen of this species is 57 kg (126 lbs). It is commercially important and is also sought-after as a game fish.

According to the Fisheries Department, grouper can only be caught in Belize from Dec. 1 to March 31. They also announced that from the 12 spawning areas, fishers with special licenses can only fish in two areas: Northern Two Caye at Lighthouse Reef and Mauger Caye at Turneffe Islands.

This colorful lobster can be fished for with pots and by free-diving.

This voracious invasive predator is devastating to the local fisheries population and is endangering the coral reef. A bounty is payable to those who catch them. Chefs are specifically engineering delicious new dishes to encourage more people to eat this beautiful fish with its painful poison barbs on its body. 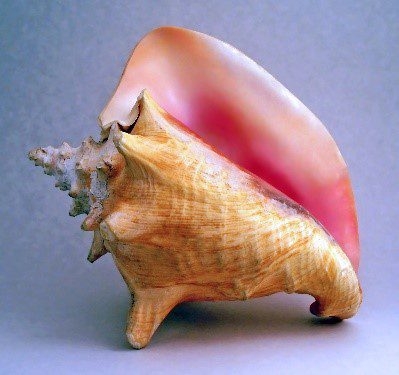 The giant sea snail’s shell is an iconic emblem of the sea. Delicious in soups or ceviche, even the French are impressed with this size of escargot.

Come to Belize and sample a myriad of delectable delights of nature… for those of you who are seeking the thrill or adventure of catching your dinner in a manner not too different from the ancient Maya who once ruled these jungle and reefs, Belize is your answer.

Opening a business in Belize can be both surprisingly easy and comically frustrating. Local knowledge is crucial, and a new...