by Marie Peay
in In Focus: Belize
0

Want a fresh start for the New Year? Head somewhere new, learn something new, or just get out of your comfort zone? Try Belize!

This small, still-developing, English-speaking country could be just what the doctor ordered for 2016… A tranquil, slow-paced country with lots of space to breathe… or build your dream home… or start your own self-sustaining farm… or tend a small orchard… or keep some horses… or just about anything else you’d want to do in the outdoors. It’s the perfect retreat from the hectic, sometimes crazy rest of the world.

As they say, “no news from Belize is good news for Belize.” Nothing much happens in this little Caribbean-bordered country, and that’s the way Belizeans (and expats) like it. No one much cares about this little corner of the world… and the farther under the radar, the better!

There’s something in Belize for everyone, though. Maybe you have a calling to do some good, to make a positive difference in the world; Belize is an ideal place to bring those intentions. There’s plenty you can do here to help the people, animals, and the environment. Perhaps you’re considering places to relocate once you give up your working life. Maybe you’re not quite ready to stop working altogether yet. Whatever your intentions, this peaceful little refuge offers a lot of opportunity.

In Belize, it’s easy to take your mind off of the rest of the modern world; be distracted by Belize’s many sights, for example… plants, birds, wildlife, ruins and temples, rivers and rain forests abound.

Following are some symbols of Belize, national symbols that are close to the heart of every Belizean…

Belize’s national bird, the keel-billed toucan, is noted for its great, canoe-shaped bill and its brightly colored feathers, showing a rainbow of greens, blues, reds, and oranges. The bird is about 20 inches tall, and mostly black, but with bright yellow cheeks and chest, red under the tail, and a distinctive white patch at the base of the tail. Seeing one of these magnificent creatures is a sight to behold—and no need for a trip to the zoo, it’s not uncommon to see one in the wild. 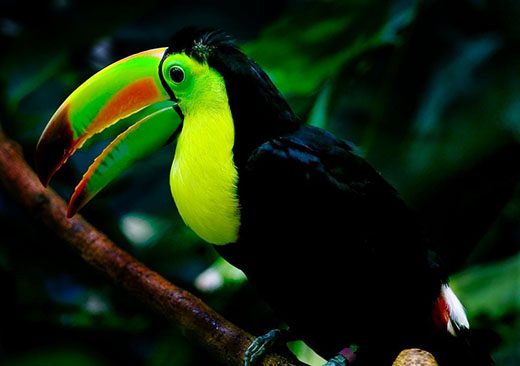 The national flower of Belize, the black orchid, is pure eye candy. It grows on trees in damp areas and flowers nearly all year long. Its clustered, bulblike stems grow up to six inches long and carry two or three leaves. The flower has greenish-yellow petals and sepals with purple blotches near the base. 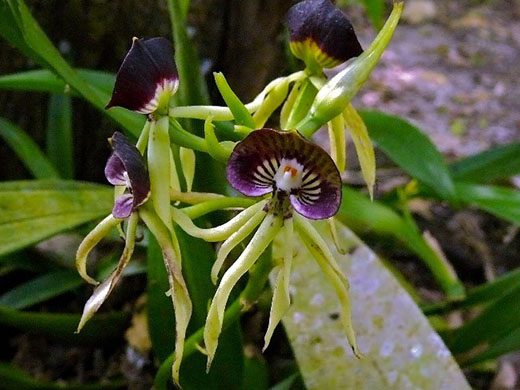 You can’t take the toucan or the orchid home with you, but you could take a carving made of mahogany, the national tree of Belize. A major export and called the biggest money maker in the country, this high-end hardwood is sought after globally. In Belize the exquisite wood is much cheaper than elsewhere in the world, you could floor your home with it, finish your kitchen in it, or, if you’re not up for such an investment, you can find yourself a hand-carved souvenir in this rich wood. 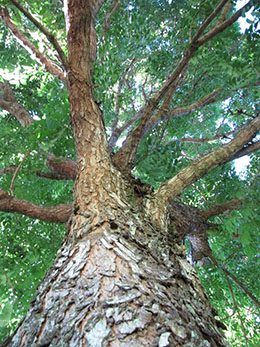 The tapir (specifically, Baird’s tapir), the national animal of Belize, is the largest land mammal of the American tropics and is known as the “mountain cow.” About the size of a donkey, dusty brown, with a white fringe around the eyes and lips, white-tipped ears, and occasional white patches of fur on the throat and chest, this cute little beast is a heartthrob for visitors. Closely related to the horse, and also kin to the rhinoceros, the tapir is a vegetarian. Protected by law, hunting the tapir is illegal. 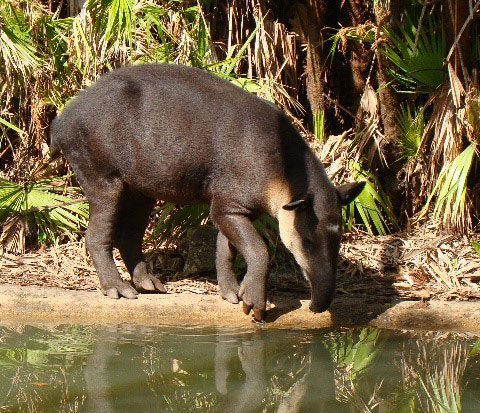 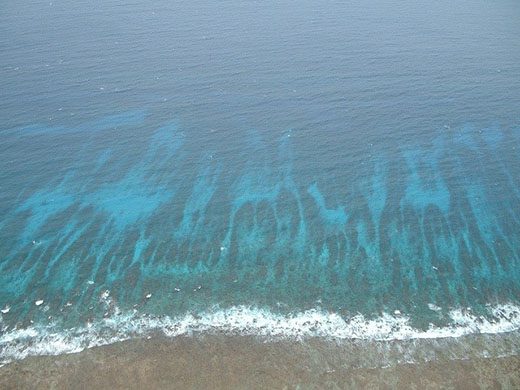 Finally, I’ll mention the national flag, which is unique in the world. Belize is the only country to have humans depicted as a major design element on its national flag. Held by two men of different skin colors—highlighting the diversity and acceptance of the country—one a woodcutter (holding an axe), the other a ship builder (holding an oar), is a shield featuring the country coat of arms, which is divided into three sections, the top two featuring woodcutting tools (yet another reference to the importance of mahogany throughout Belize’s history) and a ship on the bottom. Ship building was one of the main uses for mahogany in the 18th and 19th centuries in Belize and was a major part of the country’s economy. Symbols of ships appear throughout the country.

From behind the shield rises a mahogany tree, below the tree is a scroll with the national motto: “Sub Umbra Florero,” meaning, “Under the shade I flourish.” While this motto alludes in part to the famous mahogany tree (and perhaps to the heat of the tropics!), it’s also said to be a metaphor for calm politics. 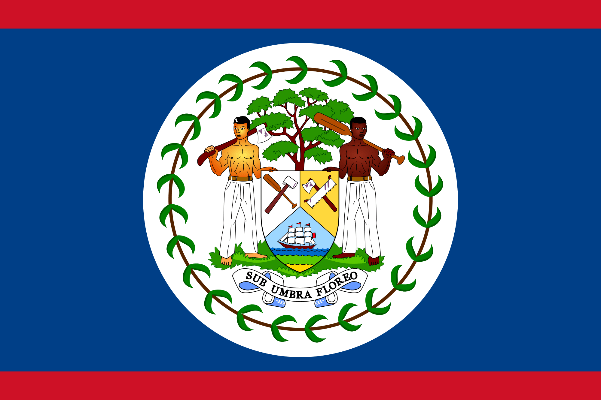 The national anthem also deserves a little mention here for its uniquely defiant tone and proud exclamations about the country’s natural resources:

“O Land of the Free by the Carib Sea,
Our manhood we pledge to thy liberty!
No tyrants here linger, despots must flee
This tranquil haven of democracy

Arise! ye sons of the Baymen’s clan,
Put on your armour, clear the land!
Drive back the tyrants, let despots flee –
Land of the Free by the Carib Sea!

Nature has blessed thee with wealth untold,
O’er mountains and valleys where prairies roll;
Our fathers, the Baymen, valiant and bold
Drove back the invader; this heritage hold
From proud Rio Hondo to old Sarstoon,
Through coral isle, over blue lagoon;
Keep watch with the angels, the stars and moon;
For freedom comes tomorrow’s noon.”

I certainly agree that nature has blessed Belize with wealth untold. I hope this little peek into some of the special, unique symbols of Belize and what it has to offer entices you to come experience this fantastic country for yourself sometime in 2016.

Relocating Overseas For Retirement: The Time Is Now

As I continue on my life’s journey, I am always grateful for the wonderful opportunities that come my way. It was one such opportunity that led to my decision to get out of my comfort zone and try living in another country. It certainly worked well when I moved from the United States to Belize—and at my age… I asked myself, “Why not?” and “Why wait?” So, in 2017, even without being fluent in Spanish, I relocated from Belize to Mexico and what a great move this has been. What can I say? “Viva México and long live the world!”