The Truth About Medical Care In Belize

Belize is many good things and recognized for many advantages and attractions, but medical care is not typically one of them. As we’ve reported in the past, if international-standard health care is a top priority for you, you have better options. One exception to this could be to base yourself in northern Belize, around Corozal, specifically the Bay of Chetumal. Here, you’re near enough to Chetumal, Mexico, to count on the top-notch medical facilities in that city for care when you need it. Elsewhere in Belize, though, again, the available medical services can be limited and basic.

At least that has been the reality until now.

Now, healthcare options in this country are improving, and the government has made this a priority. Specifically, the government has set medical tourism as an agenda, recognizing this as an important potential source of visitors and revenues and understanding that real world-standard medical care is a top priority for retirees.

Step one in the related efforts to developing medical tourism in Belize has been to task the Belize Trade and Investment Development Service (Beltraide) to make a plan. Beltraide has brought in a consultant from Costa Rica to help create a blueprint based on the successful development of medical tourism in that country. 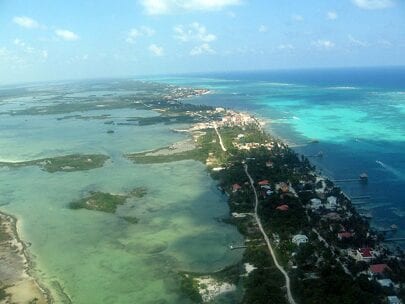 The basics of a program have been outlined:

Meantime, progress is being made on the ground already:

Separate from medical tourism, there are a number of advantages related to healthcare in Belize that expats should consider, in looking at the big picture:

The price is reasonable, and doctors are accessible.

Doctors in Belize treat patients with compassion and spend whatever time is needed to understand your healthcare issue. A doctor in Belize will give his patient his personal cell phone number. Most of the doctors are general practitioners, meaning they are well versed in a broad range of healthcare problems. They are similar to the American doctors of 50 years ago, when doctors regularly visited sick patients at their home.

You can visit a clinic here in the morning for X-rays or blood tests and have the results by that afternoon. Similarly, dentists often perform much of the necessary services at their offices. And my optometrist makes my new prescription glasses on-site within a few hours. We’re used to same-day service in Belize.

Many drugs are available to purchase over the counter, without a prescription.

My personal experience with healthcare as an expat in this country for more than five years? Frankly, it has far exceeded my expectations. I had to have emergency hip surgery two years ago. To be honest, I was nervous, even scared. But I had no choice. The surgery had to be done immediately.

And it was, in Belize City. The care I received was, frankly, outstanding, and the outcome of the surgery was everything I could have hoped for. I’m as mobile as ever!

Continue Reading: Qualifying For Residency In Belize Through The QRP Retirement Residency Program

The Weirdest Laws In The World

Investing In Coffee In Colombia

The Low Cost Of Beachfront Living In Mazatlán, Mexico

Investing In Coffee In Colombia